Gnome For the Holidays 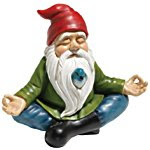 Lawn gnomes are cheerful and yet...creepy. They are garden dwarfs whose origin was in 19th Century Germany. Even though they are best known as happy little garden statues that are protectors of our prize begonias and daisies, they are also considered the object of pranking or "gnoming" someone.


LINK:  First created in 19th-century Germany, garden gnomes spread to other countries in Europe in the 1840s and became particularly popular in France and Britain. The term "garden gnome" may originate from the term "Gnomen-Figuren" (miniature figurines), used in the original German catalogues, They had a resurgence in popularity in the 1930s after Disney's animated film, Snow White and the Seven Dwarfs, and were revived again in the 1970s.


I even devoted a horror short story in my anthology, "Don't Go There! A Flash Horror Anthology" because, well, you never know what they're doing at night while you're sleeping....

Sometimes, the best way to enjoy these is as a little army with lots of impact - 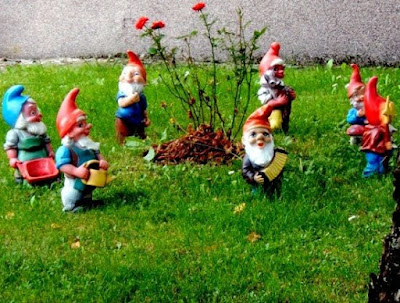 One town in Kansas is appreciating the gnomes -


Are you ready to be scared by gnomes? Here's some gnome-themed horror movies -

Gnome Alone When Zoe inherits the magical protection of a bewitched Gnome, she quickly realizes that he isn't your garden variety gnome, when he begins eliminating her enemies in extravagant displays of revenge.

Blood Gnome When Daniel, a crime scene investigator, discovers the truth behind a series of bizarre sex murders, no one believes him.


How about some horror-themed garden gnomes? LINK 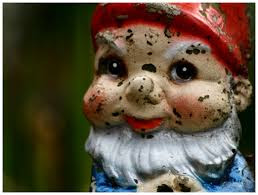 Imagine if you will, a lawn full of aged, crackled, mossy, nasty gnomes, a sort of doll island setup. 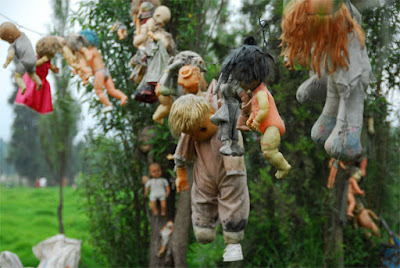 Or an army of them - 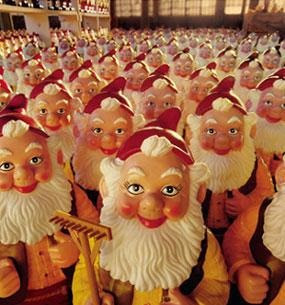 How about having the gnomes do something scary in the yard, like become zombies?


Some folks put gnomes in their garden with the belief these little guys will work on the garden while the owners are sleeping. It is such a pleasant fantasy. But, what if the reality is that you just permitted them onto your property to do what they wish while you sleep. And, what if all they really wish is to turn on their master.... 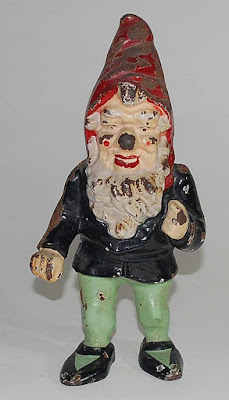 Holiday gnomes bring a smile to your face. 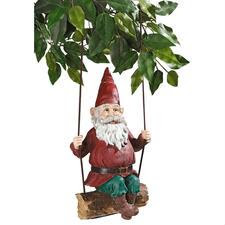 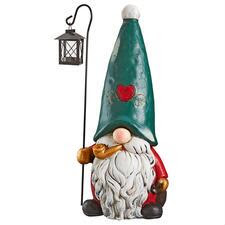 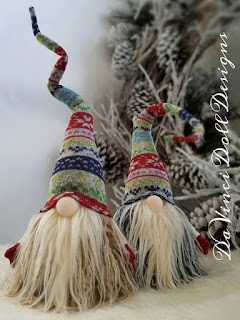 For a chilling read of a real-life encounter with a real gnome - read this (LINK)
Long live the gnomes!