Ghost Creation: The Philip Experiment and Its Implications 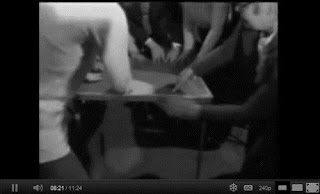 Philip was an aristocratic Englishman, living in the middle 1600s at the time of Oliver Cromwell. He had been a supporter of the King, and was a Catholic. He was married to a beautiful but cold and frigid wife, Dorothea, the daughter of a neighboring nobleman. One day when out riding on the boundaries of his estates Philip came across a gypsy encampment and saw there a beautiful dark-eyed girl raven-haired gypsy girl, Margo, and fell instantly in love with her. He brought her back secretly to live in the gatehouse, near the stables of Diddington Manor - his family home.


For some time he kept his love-nest secret, but eventually Dorothea, realizing he was keeping someone else there, found Margo, and accused her of witchcraft and stealing her husband. Philip was too scared of losing his reputation and his possessions to protest at the trial of Margo, and she was convicted of witchcraft and burned at the stake. Philip was subsequently stricken with remorse that he had not tried to defend Margo and used to pace the battlements of Diddington in despair. Finally, one morning his body was found at the bottom of the battlements, whence he had cast himself in a fit of agony and remorse.

So, what was happening? Was it PK (psychokinesis--movements created by thought)? A latent psychic ability giving rise as the group worked together to one goal? Was it possibly the attracted another spirit by concentrating? We can't make any conclusions.

Had the evidence been an EVP of someone saying "I am Philip," we can't make any assumptions. As I know from the ghost investigation field, even if it said "I am Philip" that could be projected from a person in the group or even something else using that name or it could have been outright hoax.


While some members remained anonymous, some were noted:

These people had various backgrounds and their results were quite impressive. In fact, to date, no one has yet explained how this all occurred.

I believe that it's easy to have an extraordinary experience in a group setting. 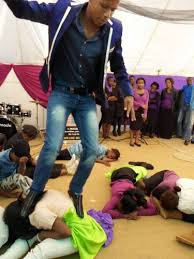 It's in human nature to succumb to the group's mentality, whether it's in church or in the instance of one person fainting or vomiting and others following suit.

If you take investigators into a supposedly haunting building and they hear something, they can work themselves up mightily. 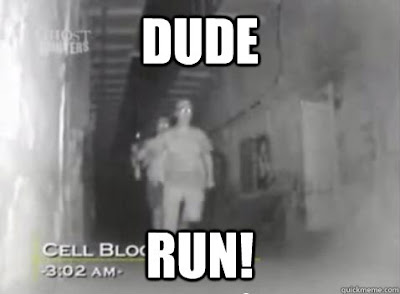 You don't have to have a true story behind anything, so long as the people get involved in the setting and the mood.

I remember in high school acting class, we were called on to act out a bus crash so firemen could practice. They would show up as if a real bus crash occurred and then have to treat it as a real one.

My role was inside the bus as someone who was paralyzed. The ambulances arrived, my heart raced. They worked on getting me sandbagged onto a board and out the exit window and a ride in a siren-screaming ambulance. I was so worked up from the atmosphere, I hyperventilated and got the tingles in my hands and arms. I knew it was fake, but it felt so real.

A good deal of what we experience is not dependent on what we know. 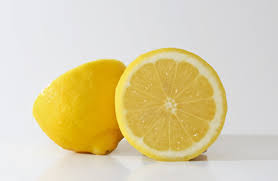 Can an environment react to the conjuring of a soul, even if that soul did not exist?

Can we attract what we think about? Well, a person who practices "manifesting" ("The Secret") would say that we definitely attract to us what we send out. So, might creating a fake scenario for a ghost attract a spirit? 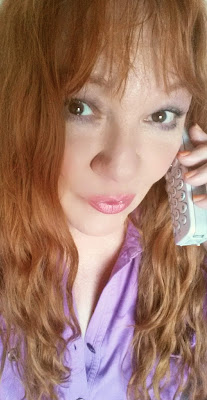 A phone rings and the people in the room scramble to answer it. 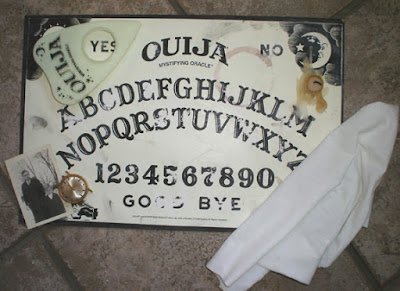 How many times have people tinkered with a Ouija board calling upon spirits and getting who knows what? Even seances and psychic readings can produce spirits not called upon, unexpected visitors.

What or who was Philip? Something created from the living mortals in the room or something drawn from the spirit realm to the calling?

We can't know for sure, but experiments like this are very enlightening, as hopefully with repeated attempts and some adjustments, we might find repeated patterns and predictability about the conditions in which were have what we refer to as "spirit contact."

The more we know about our part in the interaction, the better the chance we can focus, lengthen, and refine those interactions. And, more importantly, the more we learn about how it happens.