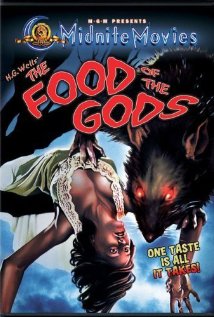 The People:  Kim Darby and William Shatner star in this 1972 movie. A woman is sent to a secluded valley to teach school to the reclusive residents' children. The citizens start showing some odd skills and pretty soon the teacher begins to wonder if the residents are human.


The Evil:  This 1978 movie starts Richard Crenna and is a pretty cool ghost story that a lot of folks missed. A psychiatrist gets an old abandoned home to turn into a clinic and his friends and students help him renovate it, only to be locked inside with evil chasing them down.


Day of the Animals:  This 1977 made-for-tv movie has a lot of stars in the lineup for a movie that includes Leslie Nielson as a would-be rapist. This is what happens when hikers face woodlands in another 1970s scenario of polluted earth and demented animals taking on revenge scenario.


Gargoyles:  This 1972 movie is a cult classic. It involves an archaeologist, his photographer daughter and a trek through the desert to run into gargoyles who live in the caves and come out every few decades to cause trouble.


Something Evil:  This is 1972 Steven Spielberg film is a made-for-tv variety of horror when a family (Sandy Dennis and Darren McGavin) move into a lovely country home to avoid the city and raise their kids, only to have the wife losing it and believing there is evil in their home.


The Food of the Gods:  This 1976 film is yet another great capture of the polluted-nature-turns-on-man scenario when on an island some "gunk" being dumped off as toxic waste into a stream feeds the animals and causes huge angry mutations. This is a real cult classic fav.


Mark of the Devil:  This 1970 obscure find is a true S and M kind of horror film that had a cult following in the 70s. It includes some pretty graphic stuff - woman's tongue being ripped out, nuns being raped. It disturbed many and yet it had a following. This movie deals with the witch trials and sorcery and angry villagers.


The Demon Lover:  This 1977 film has teens in a graveyard hanging with a demonic priest to raise up a demon from hell.


Terror In the Swamp:  This 1985 has a scientist trying to come up with a new form of fur so that wildlife isn't endangered, only he develops a beast that roams the swamps.