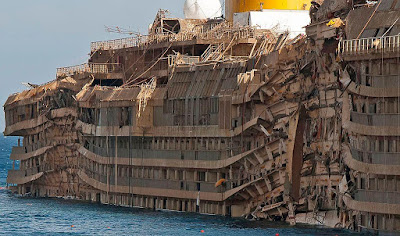 There's nothing quite as sinister as a ship adrift at sea with no crew, or one that washed ashore and became part of the landscape. Some ships had horrifying finds inside, others simply drifted with no backstory as to how it got there. Let's have a look at some chilling finds adrift - 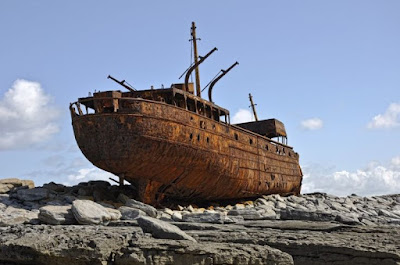 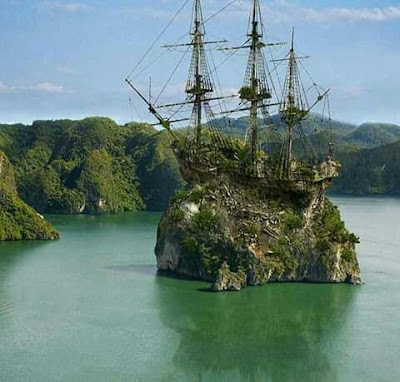 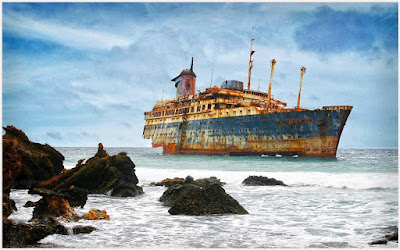 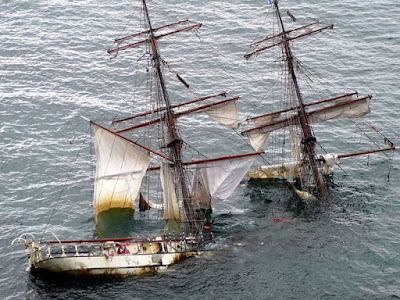 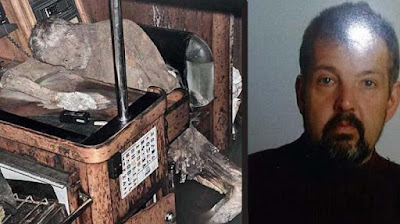 One ship found adrift was boarded to find a grizzly surprise. The ship's captain sat at his desk, dead and mummified. (LINK) 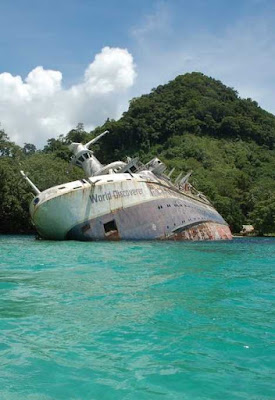 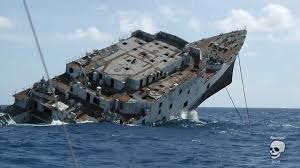 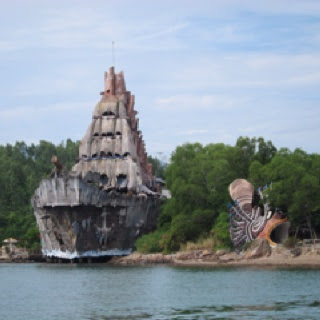 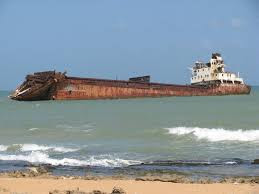 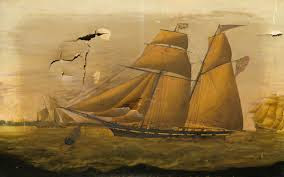 The schooner, "Jenny" was an eerie and very troubling ghost ship. The ship's captain wrote in his log, "May 4, 1823. No food for 71 days. I am the only one left alive.” The captain sat in his chair, pen in hand. It wasn't until 17 years later the ship was found frozen in Antarctica's waters. It was boarded and the captain and the other six deceased shipmates were identified.

The ocean isn't the only site of abandoned boats -


And, apparently, the sea is not the only place adrift with abandoned boats -

Ghost Ship (2002) A salvage crew that discovers a long-lost 1962 passenger ship floating lifeless in a remote region of the Bering Sea soon notices, as they prepare to tow it back to land, that strange things happen.

Dead Calm (1989) After a tragedy, John Ingram and his wife Rae spend some time isolated at sea when they come across a stranger who has abandoned a sinking ship.

Virus (1999) When the crew of an American tugboat boards an abandoned Russian research vessel, the alien life form aboard regards them as a virus which must be destroyed.

Ghostboat (2006) A British Sub goes missing at the end of the war leaving only one crew member surviving. Everyone believes it lost to the bottom of the Baltic Sea, then 40 years later it reappears without a crew. The British government send for the one surviving crew member (David Jason) now a marine biologist. With a new crew and Jason then proceed to trace the last know happenings on the sub. But this submarine has a life of its own and the new crew soon start showing characteristics of the old crew.

Triangle (2009) The story revolves around the passengers of a yachting trip in the Atlantic Ocean who, when struck by mysterious weather conditions, jump to another ship only to experience greater havoc on the open seas.

Death Ship (1980) A mysterious ghostly freighter rams and sinks a modern day cruise ship whose survivors climb aboard the freighter and discover that it is a WW2 Nazi torture vessel.

Lost Voyage (2001) Twenty five years ago, the SS Corona Queen disappeared in the region known as, "The Bermuda Triangle". Now, it has returned. Seven people go on board to learn the truth behind her disappearance but the ship did not return alone...

Haunted Boat (2005) HAUNTED BOAT is a mystical, mind-twisting psychological horror film about six teenagers going on a boat trip and getting lost in parallel dimensions where they have to face their greatest fears.

Satan's Triangle (1975) The female survivor of a shipwreck and two Coast Guard helicopter pilots sent to rescue her find themselves trapped in a mysterious part of the ocean known as Satan's Triangle.

The Ferryman (2007) The story of a group of twenty-somethings who charter a boat to Fiji for the trip of a lifetime, before stumbling upon an evil that demands vengeance at any cost.

The Poseidon Adventure (1972) A group of passengers struggle to survive and escape when their ocean liner completely capsizes at sea.

Ghost Ship (1952) A luxury ship is haunted by the ghosts of a crew that had disappeared off the ship years before.

The Ghost Ship (1943) Tom Merriam signs on the ship Altair as third officer under Captain Stone. At first things look good, Stone sees Merriam as a younger version of himself and Merriam sees Stone as the first adult to ever treat him as a friend. But after a couple strange deaths of crew members, Merriam begins to think Stone is a psychopathic madman obsessed with authority. He tries to tell others, but no one believes him, and it only makes Stone angry...

The Haunted Sea (1997) A mysterious ship is found adrift in mid-ocean without a crew. But this mystery is soon forgotten when Captain Ramsey, his two sexy first mates and the crew discover its precious cargo of ancient Aztec treasure. However, their joy quickly succumbs to greed, paranoia and fear, as they must battle the murderous creature which guards the accursed treasure.

The Bermuda Triangle (1978) The passengers and crew of a boat on a summer cruise in the Caribbean stray near the famed Bermuda Triangle, and mysterious things start happening.

The Bermuda Depths (1978) Scientists investigating the briny deep are threatened by a giant turtle and the spirit of a young brunette swimmer in the Bermuda Triangle.