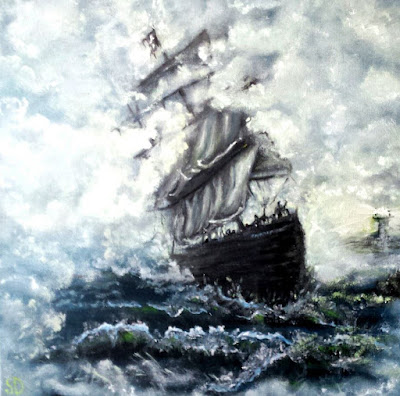 oil painting by me 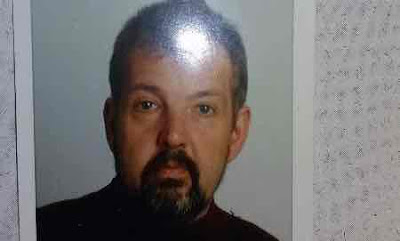 Fisherman off of the Phillipines found a yacht adrift. What they found on board was not at all what they expected. The mummified remains of a German sailor was still at the table he had passed away at. And, the man was quite mummified. 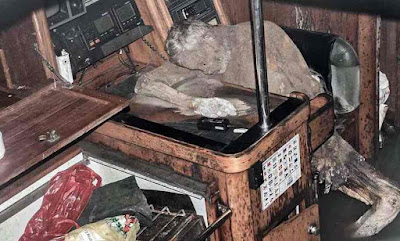 Manfred Fritz Bajorat was a 59-year-old sailor had been sailing his ship around the world for the past 20 years. The actual time of death is hard to pinpoint. They best they can figure by his positioning, he didn't expect to die and perhaps had a heart attack. (LINK)

North Korean ships have been washing ashore in Japan with corpses on board. 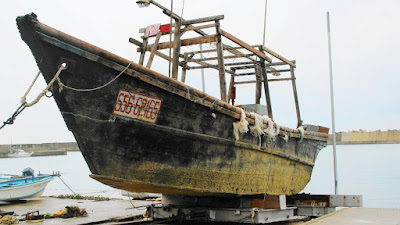 Ten bodies were found on board this one, badly decomposed.

It gets even more odd as some ships were government owned/military ships but the men wore civilian clothing. It has been assumed by theory that perhaps they were sent out to fish for food as a side job when they were no working their regular duties in a desperate attempt to provide enough food for the country.

All in all, about 14 ships with 30 dead men on board had washed up to Japan's shores.

We move now into the deep chillbumps territory, discussing a ship called the Ourang Medan. 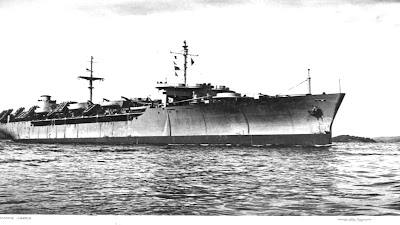 Between Sumatra and Malaysia in 1948, a distress signal from a ship went out.

American, British and Dutch listening posts all heard it and found the coordinates. An American merchant ship was closest to the location and headed over to check it out.

The Dutch crew that should have been manning the deck of the Ourang Medan were nowhere to be seen and this was not a good sign.

A party boarded the ship to investigate. And, much to their shock, the decks of the ship were littered with the bodies of the crew. The dead faces were turned upwards with looks of horror upon them. 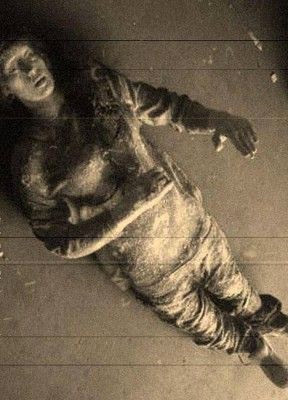 It was 110 degrees outside and the ship was untouched by any kind of disaster, yet everyone on board was dead. Then, they ran into some ominous smoke down below. The rescuers rushed back to their ship and cut the tow line when the Ourang Medan exploded with such force, it was lifted up in the air.

Decades went by and no one could figure out how this happened or why. Then, upon researching, a theory arose that this ship (that they had trouble finding a register of) was likely carrying some dangerous materials on board including potassium cyanide and nitroglycerin.