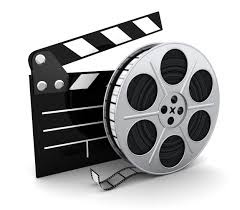 As we come into fall's horror season and into the late fall's favorite movie release time after Thanksgiving, let's start to review what's coming up at the theater for horror/scifi/fantasy fans.

An other-worldly fairy tale, set against the backdrop of Cold War era America circa 1963. In the hidden high-security government laboratory where she works, lonely Elisa (Sally Hawkins) is trapped in a life of silence and isolation. Elisa's life is changed forever when she and co-worker Zelda (Octavia Spencer) discover a secret classified experiment.

"It" is released to theaters on September 8th.

A group of bullied kids with troubled family lives, band together when a monster, taking the appearance of a clown, begins hunting children.

Five medical students, obsessed by what lies beyond the confines of life, embark on a daring experiment: by stopping their hearts for short periods, each triggers a near-death experience - giving them a firsthand account of the afterlife.

Detectives Sean and David Carter are on the case to find a gruesome serial killer terrorizing the city. Joining forces with Detective Christine Egerton, they dig deeper into a spiraling maze of horror that may not be of this world.


"The Six Billion Dollar Man" to be released in December.

Based on the popular 1970s tv series with a man rebuilt to become a perfect weapon with bionic parts. Starring Mark Wahlberg.

Having taken her first steps into a larger world in Star Wars: The Force Awakens (2015), Rey continues her epic journey with Finn, Poe and Luke Skywalker in the next chapter of the saga.

"Thor: Ragnarok" is set to be released November 3rd.

Imprisoned, the mighty Thor finds himself in a lethal gladiatorial contest against the Hulk, his former ally. Thor must fight for survival and race against time to prevent the all-powerful Hela from destroying his home and the Asgardian civilization.