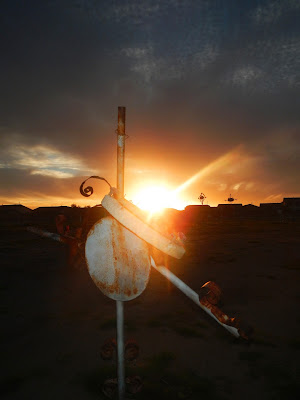 Anyone who has sneaked into a cemetery at night knows that is a thing of terror and equally as much a thing of exquisite beauty. Even in daytime, cemeteries are like memorial parks, still and contemplative, well-manicured and unhurried. But, at night, they become a strange black and white world in which the headstones are the only thing visible in the dimmest of moonlight. In fact, cemeteries real character comes out at night. 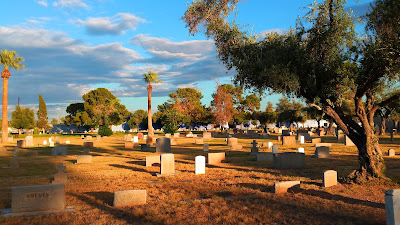 At this particularly creepy cemetery, there were dozens of cats that a neighbor came and fed each twilight. Once they were fed and content, they went to wander around the headstones, sometimes resting at graves or atop of them as if soaking up the moonlight. 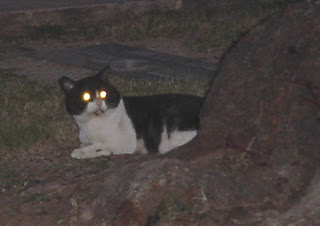 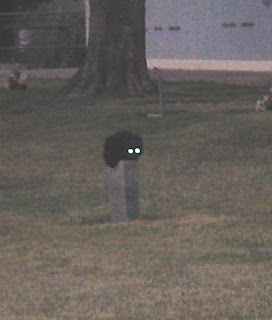 This graveyard below has given phenomena over 8 years with 5 cameras and 5 photographers. 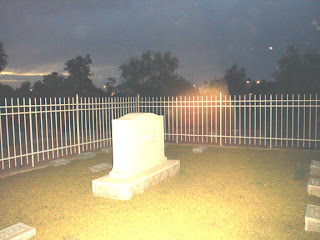 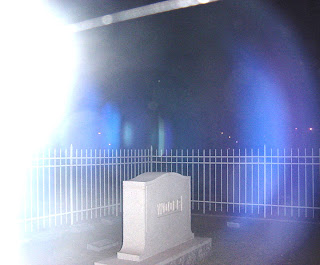 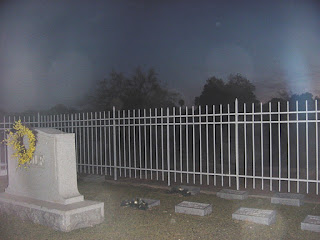 When I first started ghost hunting, I went to a cemetery with my son so we could find his grandmother's grave. I hadn't met my mother-in-law, she passed away when my ex-husband was little. I had no idea where in the enormous 35-acre cemetery she was located.

The guards told us it was dark and we had to leave, so I said in my head, "Betty, wherever you are, I have your grandson here, please give us a sign of where you're located."

My son said, "mom, could you take a picture of me next to this cool statue?" So, I pulled out the camera. The first thing I did when I got my cameras was to remove the straps. I didn't want anything interfering with ghost evidence.

I took a breath, wished for her to know that she has an amazing and gifted grandson and then took the picture with my 35mm camera.

We left the cemetery and I told my father-in-law, "where is Betty's grave?" He said, "about 300 yards from the praying hands statue." The one statue in the entire enormous place that my son wanted a photo next to!

I went to the drug store and got the film and sat there in the parking lot a bit overwhelmed. 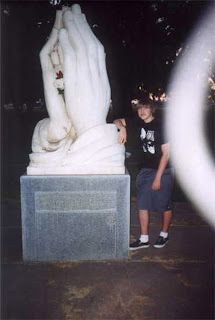 My logical side took over and I said, "we're going back to that graveyard." We got some flowers and headed out and found the grave. It was about 300 yards out over my son's left shoulder in that photo. In fact, if we followed that arch we would end up right at her grave.

Cemeteries have a policy, usually posted on a sign, that after sunset they are closed. Considering the kinds of morbid antics and destruction that can occur, it is completely understandable.

Unposted cemeteries found usually out in the countryside or in the woods remain quiet posts to sit and absorb the sound and sights as it grows dark. Many are located in areas with spooklights in the forest. If you're there, keep your eyes open and alert. Dusk is a time that Bigfoot often use cemeteries as thru-ways and spooklights glow in the forest like ghostly lanterns. Some cemeteries get odd balls of lights, blue or white. A LOT of cemeteries have shadow people phenomena.

Is this coincidence or purposeful?

My thought on the matter is that cemeteries are quiet clearings where we do not go at night, making it possible for others who wish to get about or linger without interruption might go.

Photographing at sunset can be a very rewarding experience. 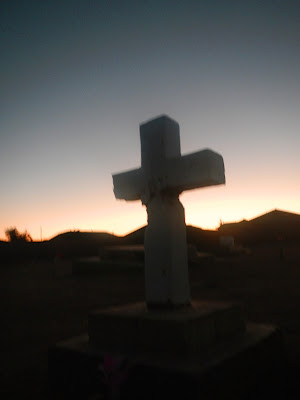 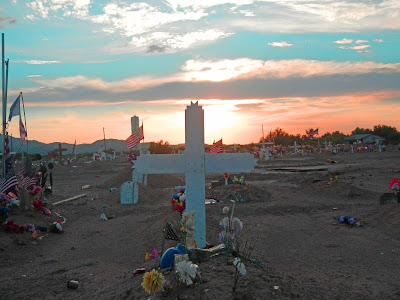 Take advantage of silhouettes of headstones, crosses and statues. 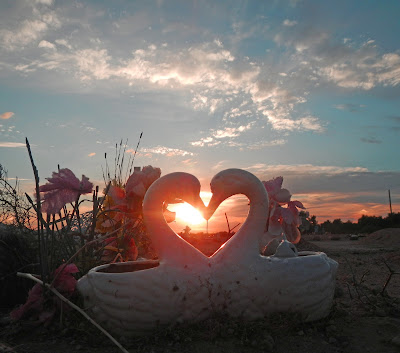 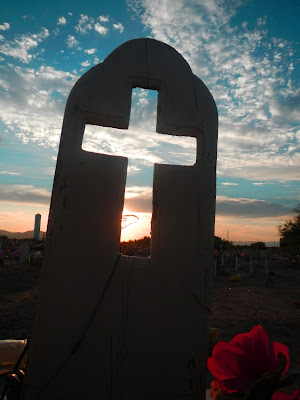 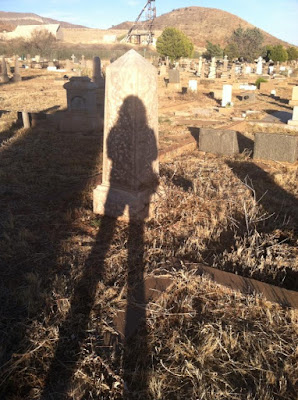 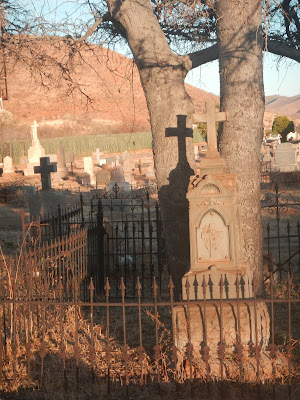 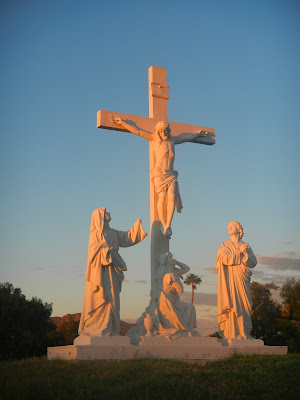 Yeah, cemeteries at night hold even more secrets than we can imagine. Things come alive there. And only the brave can last as the night turns chilly, the moon sinks in the sky and the trees sway overhead.

"Phantasm" A teenage boy and his friends face off against a mysterious grave robber known only as the Tall Man, who keeps a lethal arsenal of terrible weapons with him.

"Cemetery Man" A cemetery man must kill the dead a second time when they become zombies.

"House By the Cemetery" A New England home is terrorized by a series of murders, unbeknownst to the guests that a gruesome secret is hiding in the basement.

"Night of the Living Dead" There is panic throughout the nation as the dead suddenly come back to life. The film follows a group of characters who barricade themselves in an old farmhouse in an attempt to remain safe from these flesh eating monsters.

"One Dark Night" As part of an initiation into a club called the Sisters, a young girl must spend the night in a mausoleum.


"Night of the Demons" Ten teenagers party at an abandoned funeral parlor on Halloween night. When an evil force awakens, demonic spirits keep them from leaving and turn their gathering into a living Hell.

"Children Shouldn't Play With Dead Things"  Six friends dig up a corpse to use in a Satanic ritual to make the dead rise from their graves.