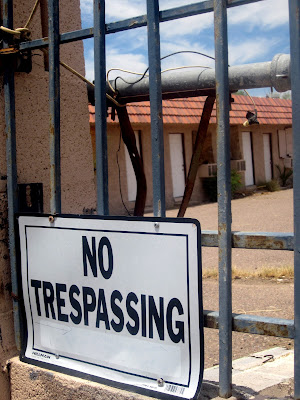 Sometimes, visits to abandoned sites raise more questions than they answer. Poking around in the remains of a long-forgotten place can bring up skeletons from the occupants' closet. Let's have a look at some creepy finds and let me tell you about an experience -

These videos come from a YouTube team Explore With Us. These guys go to seriously remote sites left intact many times like eerie time capsules. The problem is, when they are that remote there is a reason - someone didn't want to be found because of questionable dealings.... 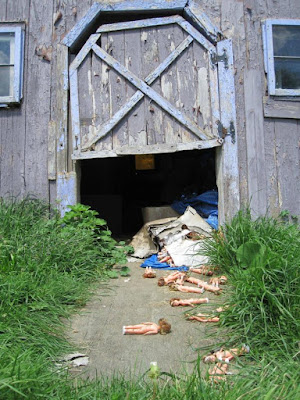 This was found at an abandoned petting zoo (LINK) 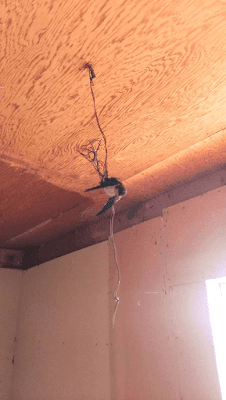 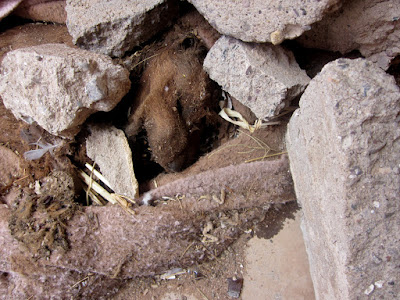 One of the more tragic finds - a mummified-like puppy under rubble in an abandoned ranch in the desert.

Let me tell you about an interesting and almost serendipitous/psychic encounter from an abandoned site. About a decade ago, my son and I went to a place out in the desert where there were abandoned trailers. We were videotaping for an art assignment in his college years. We came across trailers that were filled to the ceiling with items that looked good, some of them new, some older. We pondered what happened there but left when we were done filming. 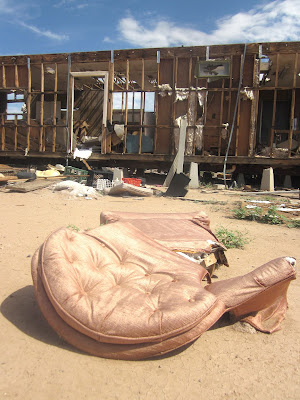 My son was drawn back to look it over with his friend and see what the story was with why it was left behind. They rummaged through the buildings and then prepared to leave when my son saw a notebook on the ground. He picked it up to find it was a diary, the whimsical and insightful scribblings of a teenaged girl. He looked around and frowned, wondering why it was left there. So, he followed his gut instinct and took it home to ponder whose it was and maybe get it back to the rightful owner.

We sat up late at night reviewing the pages and commentary and then took out a magnifying glass to try to read her name or location. There were plenty of clues within the pages. I went to bed, managed to fall asleep, but my son persisted to wonder about this person whose references showed that perhaps in the 1990s she was a young teen. He pulled up a boy's name and the mention of a city and found a yearbook online with the boy and his school. So, my son took it a step further and found the guy's online page.

Upon contacting him and awkwardly explaining that he found a girl's diary that mentioned him, the guy knew immediately whose it was. He said he was still friends with her and she lived in another state now. So, the guy contacted his old friend and told her about the diary.

When my son and the woman finally talked, she was amazed. She was a writer now and working on her memoirs. She had gotten to the teenaged years and couldn't find her journal, so she was stuck. He mailed her to the journal so she could continue her work. They both pondered how her diary ended up in a place she had not been, some 30 miles from where she went to school.

But, the interesting thing was his instinct that said the diary might be important was such a strong driving force, he was sleepless trying to find her and when he did, he found out she needed the diary right now. It was as if her own longing for that diary met with his find of it and he felt the sense of urgency from her. 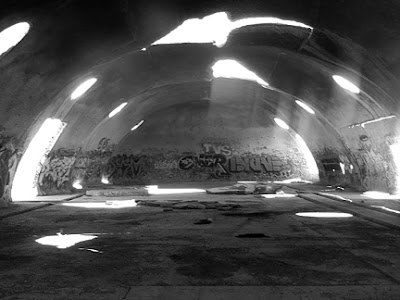 When you come upon ghost towns and abandoned sites and items, always remember, they carry a history. In fact, I wrote two books with Julie Ferguson chronicling psychic reads on abandoned sites -

Abandoned Places: Abandoned Memories (Appalachian Edition)
The second in the popular Abandoned Places: Abandoned Memories series, this Appalachian Edition takes the reader to a vastly different location than the previous Desert Edition. Julie Ferguson captured a wide variety of abandoned sites in Appalachia in stunning photographs. Sharon Day performed a psychic read on each location to write emotionally-gripping vignettes of a person's life. Even though these locations are long since abandoned, there is still life within, information awaiting a psychic sensitive to bring them to life again with her touch. The book contains many bonus sections, as well, such as why cemeteries are haunted, tips on urban exploration and photography, the beautiful region of Appalachia, a bonus read on an abandoned stuffed animal in a cemetery, and tips on what it's like to perform psychometry (psychic reading elicited by touching an object). Once these visions are in the reader's mind, it will be as hard to let them go as it is for the psychic.