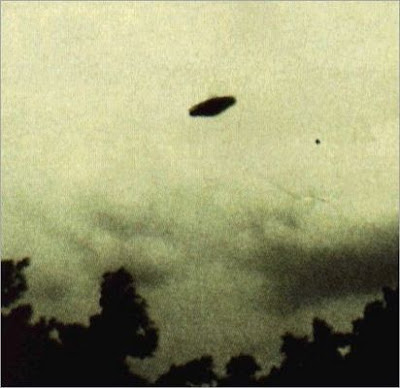 I attended a wonderful MUFON meeting in Phoenix a few years back. The guest speakers were two Navajo Rangers, Retired Ranger Lt. Jon Dover and Ranger Sgt. Stan Milford, Jr. These two gentlemen were very friendly, very intelligent, very funny, and positively riveting with their stories of strange-ness found in the Navajo Nation. These brave and intelligent rangers were very open-minded and believed in interviewing every witness and helping the people of their Nation to live alongside the very unusual history and happenings upon the land.


They began with a story of an elderly man in his mid 80s living in the rural very rustic area of the Navajo Nation. This man was home alone while his wife went to visit their family elsewhere. He saw a light outside and figured it was a car approaching. Then, he went outside and found a light hovering above the tree tops. The dog took off and feeling rather eerie and uncomfortable, the man went back inside, but peeked outside to see what was up.

He saw 4 individuals he thought were children because of their size. They seemed intrigued by the solar light posts in the ground to the outhouse. They would lean in to them and the lights would go off and then as they backed away the lights, the lights turned back on. The man became concerned and went outside to confront them, when he tripped over a stoop and saw them round the corner and take off.

Others reported driving a long empty desert stretch and seeing a chain of lights become something stacked up 3 stories high and looking like a miniature lit city of windows, some of them flaring with bright light. It went out like a light switch with a sonic boom sound and a glow from a distant hill. At that moment, the town's power went off and a blizzard began. 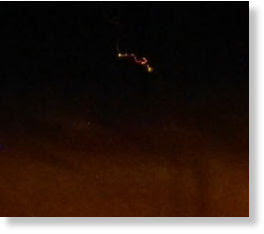 Another story involved a place called Satan Butte where a man was seeing lights regularly there and they seemed to disappear into the butte. Legend said that the butte was avoided by Navajos because there was a hole in it and a "snake" inside.

One chilling story told of a man who went out to shoot at a coyote in his horse corral. He chased it to the bushes, pulling it out by the leg to finish it off, but as he pulled it out, it started to turn into a human wearing skins and white blotchy pain. The ambulance and police came and took him to the hospital. It is said they could take care of a skinwalker practicing dark magic by knocking on his door and telling him that they know he is the one. According to legend, he would die 2 days later. 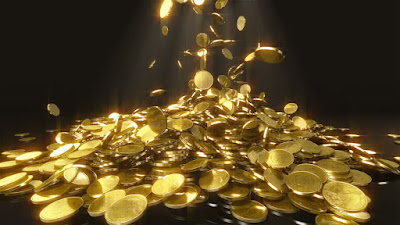 On the ghost front, in one building where paranormal things were occurring, they went to investigate and over 2 days 65 coins materialized and fell, all of them landing heads up. A floor covered in powder with a ball placed on it, had the ball move 30 feet.

On a Bigfoot case, they went to where 30 witnesses had seen one. This 8-foot tall smelly Bigfoot climbed right over a barbed wire fence easily and escaped. 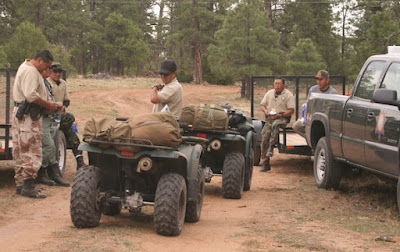 The stories kept coming and I was quite impressed. This elite team is trained beyond belief to not only be investigators, but to handle hazard spill situations, forest fires, tornadoes, cattle rustling, archaeology sites, you name it.

Below is a video of the rangers talking about the UFO investigations in this area that has an enormous amount of sightings.


It was an exceptional talk and I find myself eagerly awaiting other meetings. Be sure to see if your MUFON chapter has guest speakers.