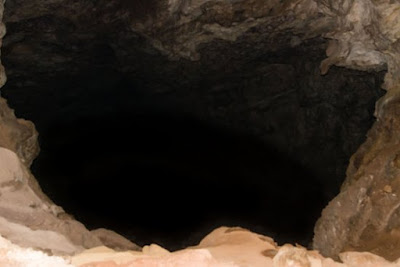 Bottomless pits, gateways to hell, unexplored vertical caverns all have a fascinating mystique. Look down there, toss a pebble, listen closely and wonder, who ever fell down that? How far does it go? Is there any mystery in the darkness we cannot observe?
There are numerous holes in the earth that fascinate and intimidate. One hole was made famous from the Art Bell show when a caller named Mel Waters spoke of a hole on his property that he could not find the bottom of. He also described magical properties to the hole of healing and sickness. It was thus referred to as Mel's Hole. 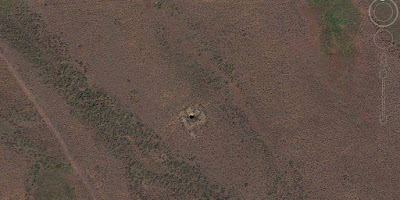 Mel went on to describe trying to find the bottom of the hole by running a fishing line and that didn't prove to hit water after dropping it an thousands of feet. He also told a story of a man who tossed his dead dog down the well and later found it running around alive but didn't feel quite right, as if there was something not of this world about it. 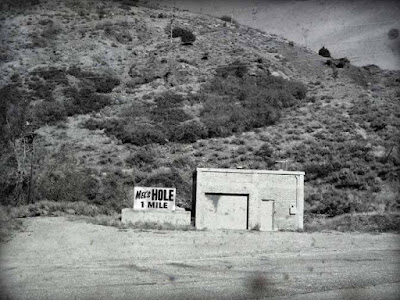 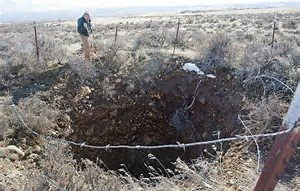 Red Elk, a local Native was shown the hole by his father in 1961. He referred to the hole as "Lucifer's Leap." It was said to have been dug by Lucifer to get to the center of the earth. He went on to explain that the hole (and usually a sister hole 10-12 miles away) were part of a flushing out for Lucifer, a kind of dark exhalation.

There are native legends of such holes.

(LINK) From “The Sacrifice of Land: Pre-Christian Practices in 20th-Century American Agriculture” published in the journal Anthropological Frontiers in 1988 by Dr. Franklin Holman.

“The most striking hints of a so-called non-Christian tradition come from the scant yet provocative evidence collected by Reinhart et al. in eastern Iowa. The anecdotal history suggests an offering of agricultural output ensured the next year’s crop in a familiar cycle of sacrifice and rebirth. Specifically in Iowa, this was accomplished annually by allowing bushels of corn to be thrown down an ominous hole that existed in the middle of the fields. This hole was said to be the abode of a creature or god, sacred to the Otoe natives, who had been displaced by European settlers and, like the Indians themselves, had to be managed in some way.”

In Siberia, a helicopter pilot witnessed a huge hole that looked bottomless from the air. More were found over time and baffled. It was finally discovered that methane in the ground was released as permafrost began to thaw and this left a large gaping cavern.

Are you still wondering about other bottomless pits and terrifying earth holes? Enjoy -