What Your Favorite Horror Movies Say About You

Horror movies really come down to three categories. We could push it and say suspense/thriller and SciFi can also be horror, but let’s just talk straight-out horror genre—found on the aisle at the video store. Take a look at your collection and see which type you seem to have the most of:

Monsters/demons/beasts/zombies (e.g. “30 Days of Night,” “The Howling,” "Night of the Living Dead," “Blood and Chocolate,” "Cloverfield") 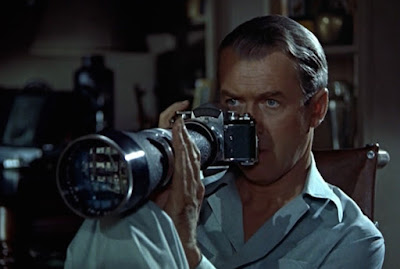 
If you ever wondered what your choices say about you, here’s some assumptions that can be made:

If the largest amount of your horror movie collection involves ghosts/supernatural/paranormal, you’re a romantic at heart.

You like storytelling, darkness, mood, atmosphere, and the unseen. Your childhood likely had plenty of things in the closet, under the bed, and a fascination with urban legends like The Hook and Bloody Mary.

You’re highly intelligent and don’t need your story fed to you on a platter. You’d rather leave a great deal to your imagination. It's what isn't shown in a movie that has you frantically contemplating what's next.

For you, the unseen is the most horrifying concept. You want your story to go at a nice creepy pace before building up to terrifying. You don’t need a lot of stimulation or dialogue. You just need good acting, good scripting, a haunting soundtrack, and a really artistic cinematographer.

More than likely, you’re a spiritual person and a bit of a philosopher who often wonders about the afterlife and is considerate of other people. You spend a good deal of time in contemplation of life and its intricacies.

You prefer living in a world where everything isn't explained away, but mysteries remain, doubt lingers, and at any time you can be faced with a great puzzle to solve.

Some more obscure movies I’d suggest to add to your collection for a connoisseur of this type of genre are “Sauna,” “Stir of Echoes,” "Gothika," "The Boy," "The Awakening," “Deathwatch,” “Castle of Blood,” and "Half Light."

Your mind is actively tearing apart the hero/heroine’s movies to figure out what you would do in such a situation. You don’t have a lot of patience for sitting through movies, and these keep your engaged. Like cheering a favorite sports team, you pick out the character you want to survive and you’re on the edge of your seat with them until the end.

You are also a person who believes in good and evil and the constant battle between what you believe in and those who wish to exert their will upon you. You like the black and white clarity of this genre.

Some qualities you might enjoy about this segment of the genre is kicking soundtracks, beautiful nubile characters, being wound up tightly by the pursuit, and relief when the bad guy dies (since life so rarely has such justice).

Some more obscure movies you might want to add in this category would be “Catacombs,” “Black Christmas,” “In Dreams,” “Valentine,” and “The Return," "Cabin by the Lake"

If the largest amount of your horror collection involves monsters/demons/beasts/zombies, my guess is that you’re a closet SciFi person and perhaps a bit more conservative by nature. To you, a monster is a clear-cut enemy—nothing parading as human, so no guilt in the killing. Monsters are imposing and powerful, angry and large. To kill a monster is to truly win a battle!

People who enjoy monster films usually appreciate the special effects and monster-making capabilities of the moviemaker, as well as the overall damage and mayhem.

A monster is kind of a metaphor for fighting a foreign enemy—it’s “us” against “them.” Unlike slasher films in which the characters are all fighting for their own lives, in a monster movie everyone bands together to survive.

This category can include traditional monsters like vampires, zombies, and werewolves and go into the giant-sized ones like Godzilla and King Kong, but also such things as oversized Grizzly bears, aliens, Sasquatch, great white sharks, and the rest.

In fact, here’s some more obscure movies you might want to add to your collection in this category: “Them!” “The Cave,” “Brotherhood of the Wolf,” “Day of the Dead,” and “Cloverfield.”

If the majority of movies you seek are in the psychological/suspense thriller category, consider yourself a bit of an intellect and a lover of the arts. This genre involves a good deal of excellent production, flawless acting, and execution. It comes together like a fine symphony performance.

What you seek in entertainment is a complete surrender to the process so that you feel as if you are along on the journey, even affecting the outcome somehow. You want a complete sensory involvement and a lead character you greatly relate to. You relate to the greater question, "am I insane or being unjustly persecuted?" In fact, in real life, you likely root for the underdog.

Movie time is less about entertainment and more about mindful and emotional engagement.


I’ll be curious to see just what category you fall into, please report!