Monsters in the Sewers 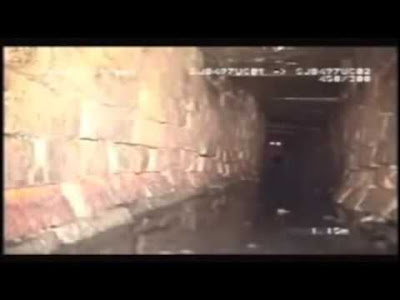 There was a fantastic X-Files episode involving a sewer-dwelling monster. It was so creepy and distasteful that it almost fascinates the viewer to wonder, what the heck is down in our sewers?

I grew up in the 70s when the talk of alligators in the sewers were rampant. The legend went, someone flushed a baby alligator down the toilet and it ended up occupying the sewers of New York City. There were a lot of variations of it, but one of those urban legends that leaves you checking out your toilet before you take a seat. 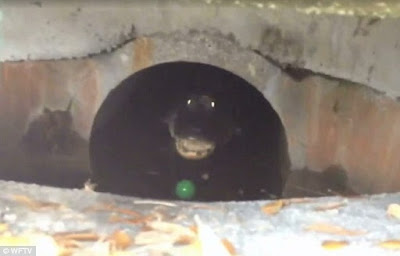 In Florida, a man went out to get his male, heard something hissing at him, looked over at the sewer open and found an alligator sending him warning signals.

This popular video below made the rounds on YouTube and other sites. It certainly gives one the chills to imagine that during a simple camera survey of an ancient sewer works they came across this -


There are some explainable creatures that are still quite creepy that depend on the conditions found in sewers. In this case below, they are tubiflex worms. 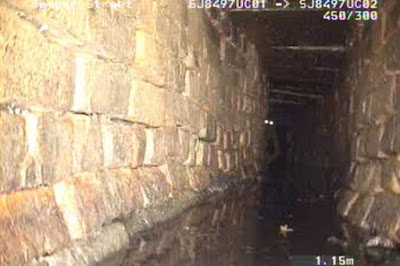 
Admittedly, there are some weird things found in sewers -

Goldfish that were flushed have actually survived.


In Great Britain, a huge composite of fat was found clogging one of the sewer pipes. It was reportedly 6 feet wide. You don't need to see this pic to understand fat clogging a city's artery. Imagine the heart - 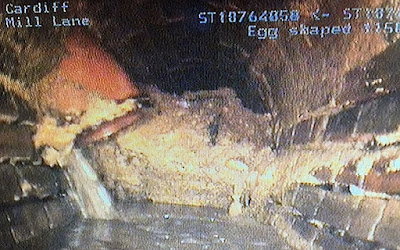 - MOVIES and SHOWS -
(Descriptions thanks to my favorite movie site IMDB)


"The X-Files" "The Host" episode (1994) Mulder pursues a humanoid, parasitic organism that uses sewage systems as its home.

Mimic (1997) Three years ago, entomologist Dr. Susan Tyler genetically created an insect to kill cockroaches carrying a virulent disease. Now, the insects are out to destroy their only predator, mankind.

Species (1995) A group of scientists try to track down and trap a killer alien seductress before she successfully mates with a human.

Creep (2004) Trapped in a London subway station, a woman who's being pursued by a potential attacker heads into the unknown labyrinth of tunnels beneath the city's streets.

The Blob (1958) An alien lifeform consumes everything in its path as it grows and grows.

Scared to Death (1980) An ex-cop, now working as a hack novelist, is called out of retirement to help investigate a string of deaths that appear to be the work of a serial killer but soon are revealed to be the work of the Syngenor - the synthesized genetic organism!

C.H.U.D. (1984)  A bizarre series of sudden disappearances on the streets of New York City seems to point toward something unsavory living in the sewers.

Them!  (1954) The earliest atomic tests in New Mexico cause common ants to mutate into giant man-eating monsters that threaten civilization.

Alligator (1980) A baby alligator is flushed down a Chicago toilet and survives by eating discarded laboratory rats injected with growth hormones. The small reptile grows gigantic, escapes the city sewers, and goes on a rampage.