Hopi Legend: The Portal Between the Worlds? 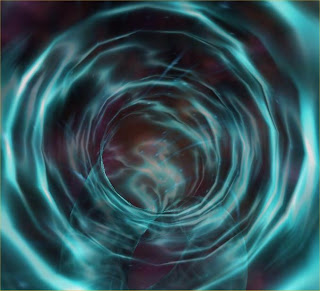 Hopi legend tells that the current earth is the Fourth World to be inhabited by Tawa's creations. The story essentially states that in each previous world, the people, though originally happy, became disobedient and lived contrary to Tawa's plan; they engaged in sexual promiscuity, fought one another and would not live in harmony. Thus, the most obedient were led (usually by Spider Woman) to the next higher world, with physical changes occurring both in the people in the course of their journey, and in the environment of the next world.

In some stories, these former worlds were then destroyed along with their wicked inhabitants, whereas in others the good people were simply led away from the chaos which had been created by their actions. (strangely like the theme of Saddam and Gomorrah scenario)

In the chilling book, “Hunt For the Skinwalker” by Colm A. Kelleher, PhD., and George Knapp, researchers studied a ranch in Northeastern Utah that had a huge slew of weird phenomenon going on, everything from strange creatures, weird lights, UFOs, poltergeist activity, dead animals, and some kind of light in which a tunnel opened, allowing creatures to come and go. This ranch, referred to as “Skinwalker” ranch was interestingly in Native American country where skinwalkers were often reported (shape-shifting creatures).

On page 145 while two men were doing reconnaissance on the ranch at night, they saw a small yellowish light growing larger and larger. “The dirty yellow expanding light seemed to be positioned just above the ground…`It’s a tunnel, not just a light.’ Mike whispered (as he looked through binoculars). `Jesus Christ.’ Mike said hoarsely. `Something is in the tunnel!’…`Oh my God,’ Mike said suddenly, thoroughly frightened. `There is a black creature climbing out. I see his head.’” At that point, he witnessed a Bigfoot-like creature emerge.

I’m always excited when I find strange similarities in folklore and storytelling that ties things together. We have the Hopi believing man entered from other worlds in a hole in the Grand Canyon. In the cavern within the Grand Canyon, giant mummies were described. Then, at Skinwalker Ranch incident. we have with creatures entering and exiting another dimensional portal described as Bigfoot-looking. Hmmmm

If you want a theory that ties this together, my guess would be that creatures from another world have lived here before and come and go still through portals. They were not only found in the caves in the Grand Canyon as the interestingly advanced civilization, but also still come and go, as in the Skinwalker Ranch incident, and Bigfoot sightings.

In fact, some of most reported Bigfoot population along the Appalachian Trail area is some of the most cave-riddled part of the country. Is the reason Bigfoot is so hard to find that he simply is highly intelligent, for all his rough and gruff exterior? And does he know he can come and go as he wishes through these "portals?"

Did the Hopi see the same portals that were seen on Skinwalker Ranch and possibly create a legend to explain this phenomenon?

I am willing to provide any potential explanations for the reader to review and come to their own conclusion. The purpose of theories is to knock around explanations.

And, are the portals otherworldly or of this one?