Halloween Trends 2017: My Advice For Designers/Manufacturers 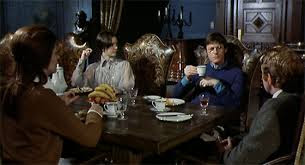 It may seem early to be considering 2017's Halloween trends, but it is not only a season of anticipation, it is also one that can take months of planning, whether it's a yard haunt, a party, or costume gathering. Let's see where 2017 is headed -

Live action movies like "Beauty and the Beast" and superhero/scifi movies like "Guardians of the Galaxy 2" will definitely influence costuming this coming season. Star Wars is still making the rounds. 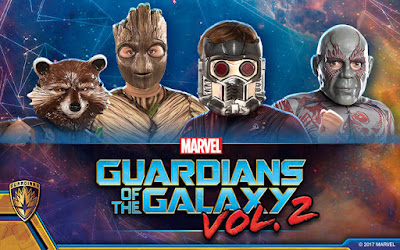 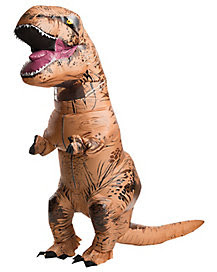 Inflatable costumes are a new trend that you will be seeing at Spirit Halloween store and likely the other outlets. I'm not real impressed for a few reasons - claustrophobic effect and also who wants to go to a party and no one knows who the frag they are? I mean, aren't Halloween parties about finding someone? How do you eat, drink, use the bathroom??? I see this stupid trend lasting one season max. 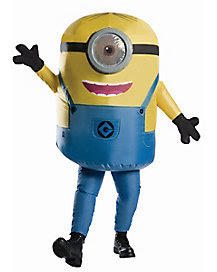 Steampunk influences are making more of a show too (thank goodness). Steampunk is a delicious mix of Victorian style with hints of the steam engine era with gears and sprockets, welding glasses and pocket fobs. 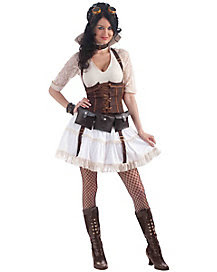 I look for that section of the mask department where there's clown masks, to be reduced to perhaps 20 or less. 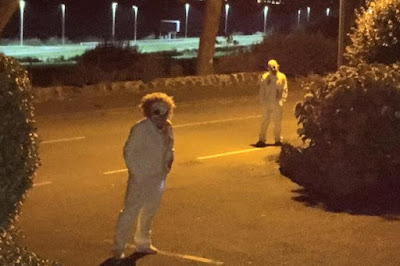 The craziness of random clowns in cities scaring citizens had them pulling masks last year. The trend will no doubt make a brief passing this fall too as some demented folks missed out on the last season's shenanigans. 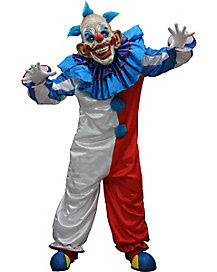 Yeah, clowns are unsettling but there comes a time when they are really just annoying. It's the same for zombies. Recall a few years ago, there were so many zombies in the Spirit Halloween Store, we had to push through them to find the real scary stuff. 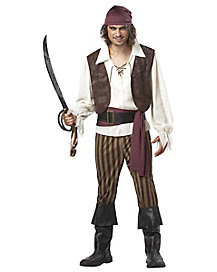 We aren't quite done with pirates because men love the effect it has on the females.

Makeup made a real big showing this past year and it will only get better, as the craze for effects makeup took root and many wanted to try it, but ran out of time to experiment. Give YouTube a look-see and you will find amazing Halloween makeup tips.

Some of the popular ones are double vision, pixelated faces, severed heads - all effects that gave real chills and thrills in 2016. No doubt the makeup crowd will refine their skills in 2017 with these kinds of looks - 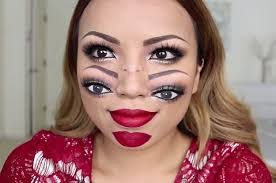 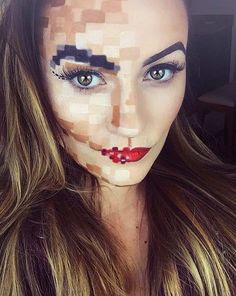 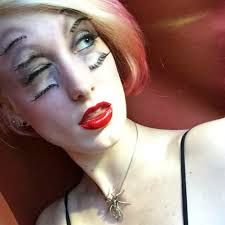 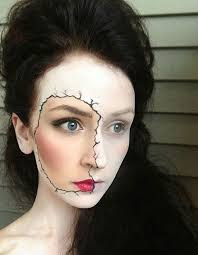 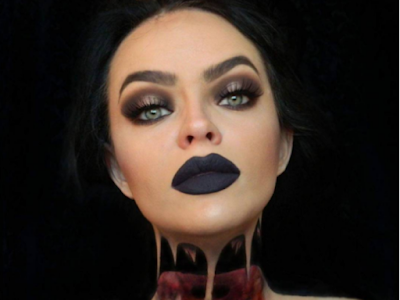 Last year began the influx of Spiritualist Turn-of-the-century and ghost haunting items like Ouijas and talking items with a Victorian Era feel. 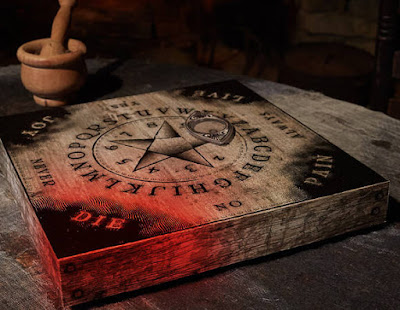 This trend will continue, along with old lanterns and ancient-looked cemetery statues. Now, that's a look I highly endorse (hope I never see a zombie automaton again!) Many vintage-feeling spooky shows on TV had given flight to our fantasies of the spooky days from the turn-of-the-century to the 1930s. 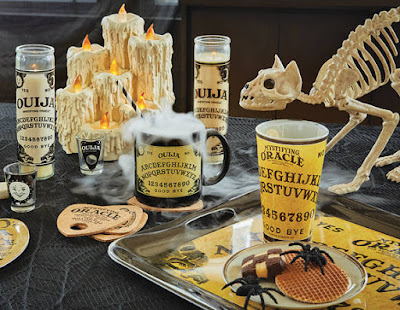 This is an influence that sings to all Halloween lovers, as every one of us is a romantic costume-driven muse. It is also a smart tactic, as once you get one item that moves on its own as if handled by a ghost, you want to haunt your whole house with more of them. This is one of the more brilliant trends Spirit Halloween has shown. 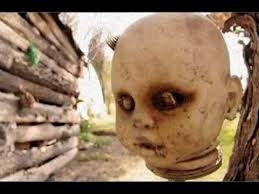 Last year we saw the creepy baby dolls taking over the showcase that was clowns and the years prior zombies. I expect baby dolls to continue even stronger this season as it peaks. In fact, it's a good time to think about a little doll island decor out front, using volume to make a strong impact - 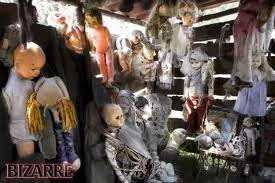 
Ghouls and witches, skeletons and zombies still abound in animatronics.

I think the problem with animatronics is twofold - they are expensive and hard to store. Plus, we truly get sick of the sounds they make and having them around year to year, to where they aren't worth the effort. Once you see something activate and laugh maniacally, you don't want to see it 10 times an hour.

So, what can animatronics do? Well, some of the jiffy tvs that activate themselves, typewriters with no one typing, and Ouija board with planchettes that move are fantastic advancements. Just seeing something move that should not be animated is creepy enough. Imagine a hairbrush that moves itself around a table like a Roomba vacuum or a drinking cup that has an outer shell that plays bubbling liquid so it looks like your cup contents are boiling.

The items moving on their own are eerie, like a ghost walked into the room.

Rocking chairs that rock alone might be the next best thing. A person could use it year round as an old-fashioned rocker and then at Halloween, flip the switch so it rocks alone. The same for a vintage wheelchair that moves, ala "The Changeling."

I like to buy clothes and accessories from the Spirit Halloween shop I use year round. Why not expand into furnishings that can do spooky things if you flip the switch, and the rest of the year you enjoy a big old electric chair or mortuary side table, king's throne or recliner with arms that can lift up and hold you down when it's turned on?

An idea I'd like to see is tattered drapes that can flutter. It would be eerie and even better if the curtain pole had battery-operated bluish lightning flashes and thunder sounds you could play. You adjust the curtain pole for your window, put it up with the tattered curtains fluttering, thunder and lighting going. I honestly would play that thing nonstop during horror movie watching. And probably get a few for the other windows.

C'mon designers, let me help you. You won't find someone who understands relevance, sale potential and what the public wants!

My book "Adult Halloween: Taking Back the Season!"

And, that's another poorly represented aspect - that we watch nonstop horror all October. Oh, hell, some of us do in September too! There are those fantastic AtmosFearFx DVDs that can project holographic figures for the season and that is ever expanding now that it's taken hold. It's an amazing addition because of the eerie effects and also the ability to keep your technology in your house and show it in your windows and doors and not worry about people stealing lawn decor.

The Halloween horror-watching craze is a big part of the season. We watch the same horror movies every year, but creating a home-theater ambiance, movie-watching nostalgic candies, an array of obscure horror movies would be a welcome edition to the season's offerings.

Halloween 2017 promises to have the familiar but also the infusion of some new focuses that stimulate us to want to change our home haunt themes yet again. The exciting thing is the introduction of items that can be used year-round by many of us romantic horror fans. Perhaps some day we could see Spirit Halloween as a permanent store for Design Toscano types of home decor, gothic clothing, and movies/books and games that can set the mood for the general population.