Strange Lakes That Shock and Baffle! 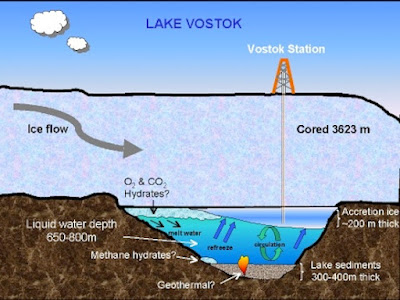 Lakes are thought of as beautiful pools of shining water where people build cabins, launch boats, and cast fishing lines, but some lakes are in places that make no sense, are in places that baffle, and defy what we think we know about our world. Let's look at some of these shocking lakes found.


LAKE IN AN OCEAN


Undersea Lake in Gulf of Mexico

Heavy brine can pull down contents in the water to create a "lake" that seems to stand on its own underwater.

LAKE UNDER AN ICE SHELF


Lake Vostok in Antarctica has been an exciting study. There are almost 400 known lakes under the ice in this frozen continent, but this lake was drilled down into by the Russians. It is a deep 13,000 feet under the ice and 30 miles by 160 miles in size!

In 2013, when the Russians drilled down, but got contaminated, so in 2015 they drilled a pristine hole. This lake was sealed off for about 15,000,000 years, so anything found down there lived without contact with the outside world at all.

The lake has tides and complete darkness in a very nitrogen-rich, oxygen-rich environment. Bacteria DNA being sampled has been under question by some for concerns for drilling that created a contaminated situation.

Arguments continue about whether hot water drilling might kill off important microbes living in the sterile environment. We await more results on attempted research as to the contents of Lake Vostok.


LAKE IN A CAVE 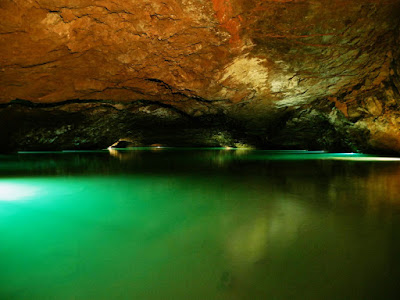 America's largest underground lake was found in Tennessee by a 13-year-old boy in 1905! "The Lost Sea" near Sweetwater has not fully been investigated. There are so many water-filled rooms that so far divers have only mapped 13 acres of the extensive system. The cave lake holds colorless rainbow trout that are also sightless. 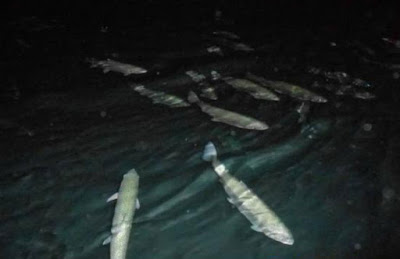 By water volume, Lake Titicaca, a high altitude lake, is the biggest lake in South America. It is the highest navigable lake in the world at an elevation of 12,507 feet!

There is much mystery to the lake, such as the finding that it was once a saltwater lake, now predominantly fresh water. It also holds some unusual amphibians, fish, and birds. Some of the sea creatures, such as sea horses, in the lake are related to saltwater locations.

Nearby is Puma Punku, a constant megalithic mystery. At the bottom of the lake, signs of an old temple and roadway are being studied to show a culture that might have predated any known in the Americas. 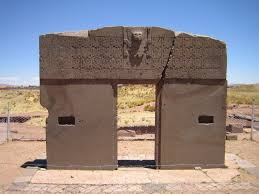 Adding even more mystery to it, the cui-ui fish, known in Lake Titicaca in South America area also found in Pyramid Lake, Nevada (a remnant of an enormous ancient lake called Lake Lahontan - see next entry below). 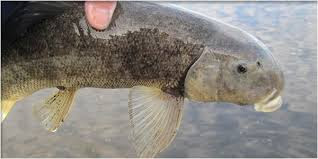 Adding even more mystery to this, the Paiutes speak of their ancestors at Lake Lahontan (Pyramid Lake is a remnant of that ancient lake) and how they dealt with redhaired giants who navigated the lake on reed boats. The Native People of Lake Titicaca continue a reed building and navigating practice on their lake. Where do you suppose they got the skill and how do you suppose the two lakes are connected by a common fish?

Pyramid Lake is a remnant of the once great Pleistocene lake, Lake Lahontan that once spread over much of Northwestern Nevada at the end of the Ice Age. The fish within the lake are endangered and rare. The Paiutes have many legends about the formation of the pyramid stone within and others speculate about the tufa formations (limestone with mineral deposits). These were created by nature, but no less interesting to view.

As mentioned above, the cui-ui fish there are also found in Lake Titicaca in South America at 15,000 feet, making the fishes presence in both lakes rather puzzling. 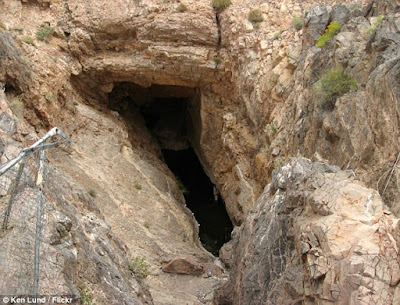 Devils Hole in Death Valley, California seems like a sad little dribble of water within the rock, but researchers believe they can study back a half to one million years by examining it. Mineral deposits coating the walls can tell much in their concentrate. 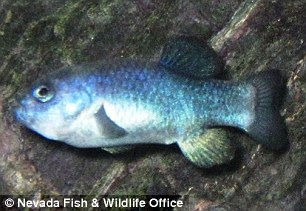 The pupfish is an endangered blue fish found in the water there. In the limestone cavern, water can be 92 degrees and these fish are fine with that. Because of its isolation and conditions, it is considered one of the most rare fish in the world.

Interestingly, when Mexico has an earthquake, it creates a mini tsunami in the Devils Hole. 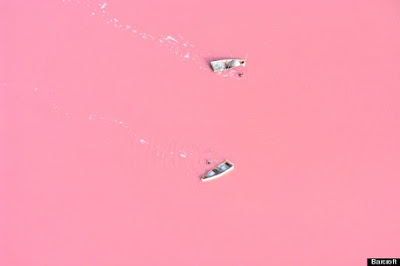 Lake Retba in Northwest Africa looks more like a strawberry milkshake than a lake. The reason for it is a certain kind of algae mixed with a high salt content. The salt from this lake is sought after for many uses. Even the fish have adapted to the high salt content, although they are about four times smaller than the same fish in a fresh water lake.


There are lakes with many colors, subterranean, below ice shelves, even within the ocean. We may think of lakes as recreational meccas, but they can also be clues to the Earth's geological history and mysteries.