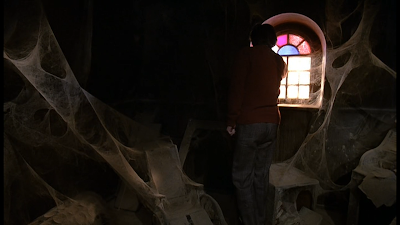 The 1980 movie, "The Changeling" had one of the most chilling and intriguing hidden rooms found in a house. Many people in older homes wonder about hidden tunnels and rooms. We had a hidden room in my childhood home, quite possibly an underground railroad safe room hidden behind the fireplaces in a triangular space complete with a stool, cloth, and newspaper still inside. But, how many homeowners really find hidden rooms? Well, more than you'd imagine!


Basement Under a Basement

One homeowner with a persistent flood situation in the basement had to do some probing to see what was up. During the investigation, they came across something that had been rumor, and now was verified - a basement under their basement! 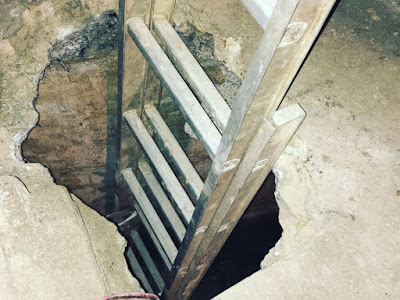 LINK: (workers having gone to dig up the basement)
“I get a call saying, ‘You’re not going to believe this. They found it,’” Poulos said. A large hole in the basement floor leads to a previously unknown room 14 feet below. “I said, ‘You’re joking.’ I swear to God, they found it. It’s a whole other area of the house.”

They figured it could have been an underground railroad, or simply a past owner who wanted a place to stash a hoard of gold or valuables. 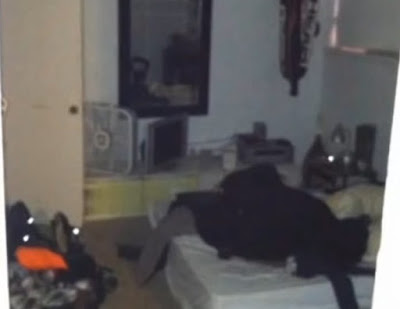 Some college guys in Ohio thought they had a ghost in their house. In the basement, while investigating the source of the noises, they found a hidden room that was outfitted with text books, a bed, and personal items. They changed their locks and left him a note to leave. (LINK)

Have You Seen My Mummy? 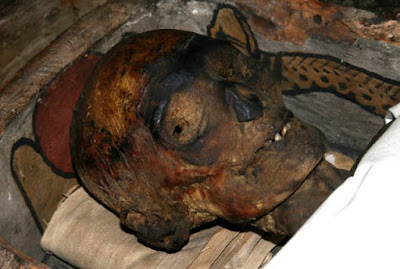 LINK: BARCELONA, Spain, May 15 (UPI) -- When Jorge Giro toured his new home in Spain for the first time, he learned the house came complete with the mummified remains of its last owner. Apparently the former owner had stopped making the mortgage payments on her Catalonian home six years ago and a regional bank seized the property and sold it at auction without searching the house.

The Walls Are Hiding Money 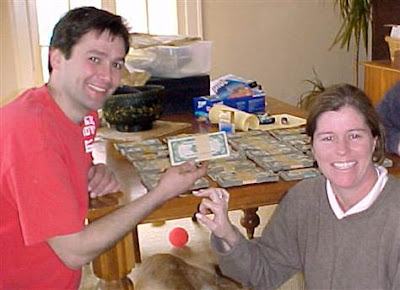 Bob Kitts was hired to renovate a home. He opened up a wall and found an amazing cache and then proceeded into a legal battle with the homeowner.

(LINK) As he was ripping plaster from bathroom-wall studs, Kitts found bundles of bills totaling $182,000 wrapped in pre-World War II Cleveland Plain Dealer news pages and tucked into boxes. The money is in such good condition, and some of the bills are so rare and collectible, that one currency appraiser valued the treasure at up to $500,000, Kitts said. 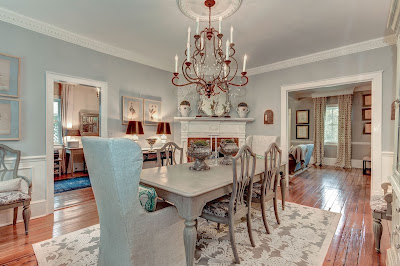 My childhood estate has a pending offer to be purchased (fingers crossed the new owners are proud of the history and want to retain it). The fireplace in the dining room was angled in the corner in front of a space that allowed a triangle room behind it. As a kid, we drilled a hole near the chimney and one in the floor of the hallway upstairs and held a light up and peeked in to find a stool, newspaper and some cloth. If you were building on a fireplace, would you leave objects there? It seemed odd to us, as well. Our assumption is that the Quakers who owned the home had loose bricks in the fireplace to hide runaway slaves within.

The secrets of homes sometimes don't express themselves until people go to renovate. 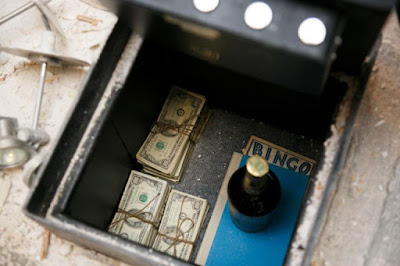 One couple found this treasure inside their wall (LINK)

And to think, when I renovated my last house, all I did was leave my initials in paint on the wood beam....