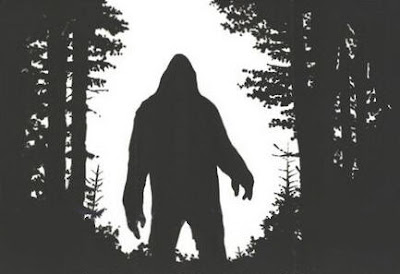 There is a great deal of speculation about whether the government knows of Bigfoots' existence and what they do about this situation, if they are aware. There are clues about this and I will review them in this post -

First of all, we have to ask ourselves what it would mean to acknowledge what we considered perhaps an "archaic" form of man to be sharing the earth with us presently.

For the majority of people, we believe that Homo sapiens are the only humans on earth and the superior ones, as we lasted the test of time.

How would our government handle the public acknowledgement of Bigfoot? Well, they certainly know they can't wrangle them up and put them on designated lands. They also know that they can't guarantee public safety or even vaccinate their young.

They would have to acknowledge what the Native People have told us all along in their legends, that there was another man here when their people arrived to the continent. The First People. This would certainly upset the apple cart, as we have designated lands and resources for the Amerindian tribes considered First People. 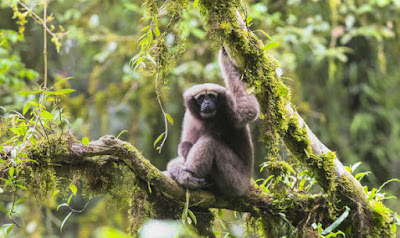 Every year, new species are found around the globe, some in the ape family, deer family, gibbons, huge sea creatures. It is a populated world, but that only drives some creatures further into their habitat.

When a local native speaks of these creatures in their stories and legends, one has to take them seriously. One thing repeated as fact by the Native People of America is the presence of the Tall Ones in the forest.

There have been many unverified stories of the government putting up surveillance in wildlife areas like Evolution Valley in California and Sam Houston Park in Texas.

When people go missing, campsites are destroyed, and there seems to be aggression going on, parts of the park have been reportedly closed down as authorities narrow in on and possibly cull the populations that become too dense in that area. As well, when there is encroachment by the Bigfoot, it is reported by some that campgrounds are closed down and regions of parks, as they wish to discourage any interactions in areas that might have become aggressive from either side.

This has been voiced by enough people in a widespread area of the country to wonder if the government has task forces for keeping populations under control and interactions with people at a minimum. 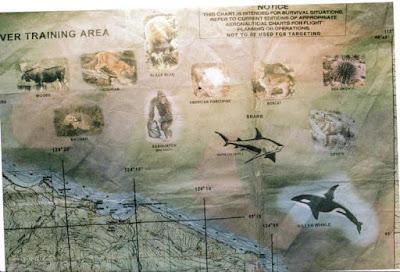 These pics are from a government map for training of government workers being trained in or working in the wilds. It outlines creatures they may come upon in the wilderness. 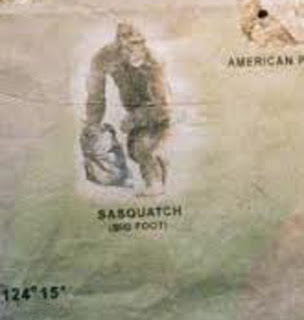 If the government knew they could not control a population of "archaic" people and that their existence might threaten the "Native People" as well as the regular outdoors-seeking public, but you knew their populations and areas were dwindling, these are their best options:

1.  Do not acknowledge Bigfoot to the public or even the possibility of their existence. By not confronting, addressing or even allowing the subject to be brought up in their presence, the government essentially is saying, "this is a non issue not worth our time or consideration."

2.  Defeat any evidentiary proof by directing and brainwashing the masses. With the planting of key "spokespersons" for the field of research to state they are chasing an "ape" in the forest, they take any evidence brought forth and apply ape-like qualities to it and deflect any possibility the family of man is the real subject being studied in the woods. Eventually, from enough TV exposure and voicing opinions leaning toward ape-like qualities and using the term "ape," the public will begin to ape that term, as well, making it common belief.

3.  Limit the number of members in any one given clan to a designated number. With proper surveillance of major watersheds and areas that they frequent in numbers, the government can keep bands small enough to lessen the breeding possibilities and ensure that they cannot get a breeding foothold. By keeping them in small bands, they also ensure that they cannot create "gang-like" raids on locals or intimidate the public by trying to force a local "war."

4.  Make an agreement if possible with these people that if they leave us alone, we will leave them alone. The caveat, however, is we let them know that if they act up, we will cull their numbers. This would create the overall fear of being seen, interacted with or confronting us when we shoot, ride quads, or camp in their lands. We see this in the Bigfoot population to the extreme. It's kind of like having a crush on the farmer's daughter. If you see her coming, you better not be in sight because pappy has a gun.

5. Upon occasion, plant some "oddball" researchers into the field to publicly make a mockery of anyone searching for Bigfoot by voicing notions of transdimensional beings, alien beings, and other magical preposterous qualities. This would be the "throwing the baby out with the bathwater" scenario in which all of Bigfootery is disqualified by the more insane and vocal population of "weirdos."

6.  Ultimately, wait it out as their breeding reaches a bottleneck and they die off silently without anyone being the wiser that another form of man existed among us into the 21st century. It is a given that Bigfoot bury their dead. Man has been doing that, including Neanderthal and likely Denisovans and other forms of man, for hundreds of thousands of years. Have you ever dug up a Bigfoot skeleton in the woods? It's like a needle in a haystack. All proof of them having been here goes POOF!

7. Surveillance and tactical teams would need to be place, as would an anthropologist(s) to study and archive, as well as possibly communicate. As we study tree breaks, arches, and X's, we have to wonder if possibly the government's teams are responsible for some or all of these in a silent country-wide warning of lands the Tall Ones are allowed to be on and ones that are too close to us and they must stay away. When you have a people who are scattered throughout the wilderness of our vast country, you can't call them on a telephone, nor can you tell one clan and expect the news to spread thousands of miles. You would need to go into each wilderness, and leave universal clues and the Tall Ones themselves would likely do so as well to be sure their people know where to go and not go. The Bureau of Land Management would surely be involved, given their access to vast amounts of wilderness.

National forests are understandably under surveillance for any causes of forest fires, dumping of rash, or growing of marijuana. Under the auspices of protecting the public and the parks, they can monitor all comings and goings. This would include Bigfoot.

(LINK) Herman Jacob took his daughter and her friend camping in the Francis Marion National Forest. While poking around for some firewood, Jacob noticed a wire. He pulled on it and followed it to a video camera and antenna.

The camera didn't have any markings identifying its owner, so Jacob took it home and called law enforcement agencies to find out if it was theirs, all the while wondering why someone would station a video camera in an isolated clearing in the woods.

He eventually received a call from Mark Heitzman of the U.S. Forest Service.

In a stiff voice, Heitzman ordered Jacob to turn it back over to his agency, explaining that it UShad been set up to monitor "illicit activities." Jacob returned the camera but felt uneasy.

Why, he wondered, would the Forest Service have secret cameras in a relatively remote camping area? What do they do with photos of bystanders?

How many hidden cameras are they using, and for what purposes? Is this surveillance in the forest an effective law enforcement tool? And what are our expectations of privacy when we camp on public land?

The people associated with filming the two videos above claim that they called the authorities and the next morning, the site was still there. They went back later to find that the site had been plowed under, even finding part of the tent buried under the earth. Authorities did not seem to want to speak of it, but to cover it up quickly. Later, the authorities approached them another time in the woods to comment on what they had been doing in the woods, showing that they had surveillance on them.

This purpose of this post was to bring up possible explanations for and how the government would cover up knowledge of Bigfoot. It is up to the reader to determine the feasibility of this. As I always do on my posts here, I am encouraging you to go looking for answers by providing links.

More info:
Post about Bigfoot and the Government (LINK)
Post about a Bigfooter intimidated by the government to shut up (LINK)