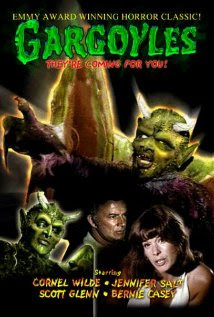 Some movies don't hit it big on TV debut in the 1970s, but decades later they have a cult following of devoted fans. One of my favorite of this genre is "Gargoyles," a wonder of costuming/makeup, campiness, and creepy atmosphere. If you loved this movie, like I do, I have some suggestions for learning more and having your own Gargoyles feeling experiences....

(LINK) Gargoyles is a 1972 American horror TV movie. It was directed by Bill L. Norton from a screenplay by Stephen and Elinor Karpf (Devil Dog: The Hound of Hell). The film is, perhaps, most notable for being the first showcase for the talents of makeup and special effects guru, Stan Winston (The Bat People; Dead & Buried; Ghoulies).

Temperatures were above 100 for much of the filming of the movie.

Bernie Casey's voice was replaced by Vic Perrin's voice in post-production because his natural speaking voice didn't fit the character of the head gargoyle.

According to Uncle Willie, the Native American (presumably Hopi or Navajo) name for the gargoyle is "nakatekachinko," while the dance that summons them is referred to as "nonataya."

It was filmed in 18 days with only one camera. 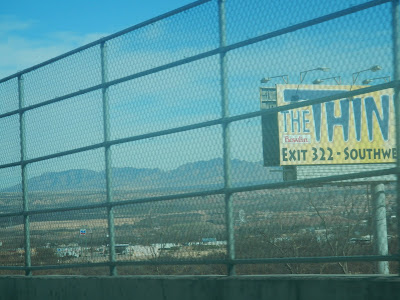 If you're a fan of this movie, I have the place for you!

In Dragoon, Arizona off I-10 outside of Tucson heading to El Paso, there is a gift shop up on the hill that has a popular attraction - "The Thing."

Inside the extensive gift shop, you pay $1 and can go out the back door to the outside buildings. 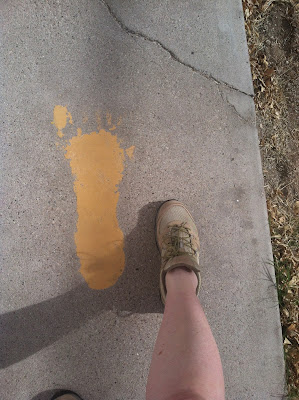 Just follow the sidewalk footprints through a few buildings until you get to the last one where "The Thing" is kept.

I have to say, this is even better in hot weather. The place smells like dusty desert and the heat is beating down on you and the displays are rather eerie and freaky and the building are like big tin cans that bounce sound off of them and create that feel of the shed in the movie where the roadside gift shop man gets caught in the fire. 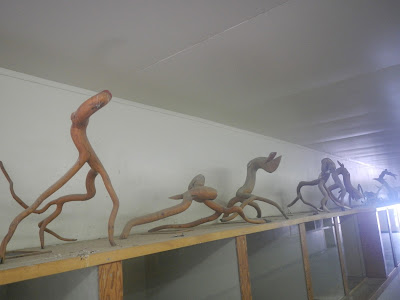 It's still, eerie, and creepy. Then, you enter The Thing building. Encased in glass, the "mummy and her baby" are on display. 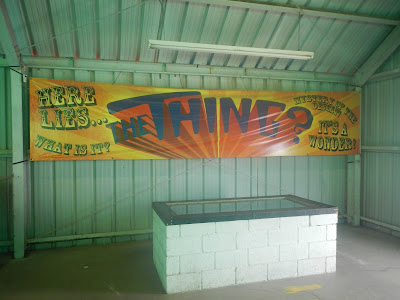 If you've been driving along I-10 from Texas on to Arizona, you ran into the billboards along the way taunting you to see "The Thing" and which exit to take. It was a great campaign for road trip travelers and very effective. I had wanted to see this exhibit for years. 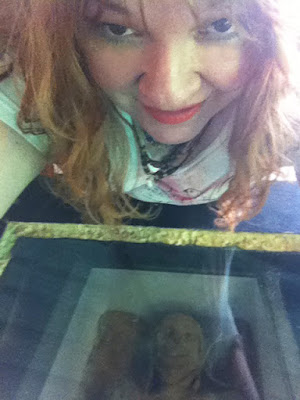 So, head out to Dragoon, Arizona along I-10 and get a real gargoyles experience.

Another place that has the right feel of roadside creepiness, mountains with caves, desert, and campiness is the Superstition Mountain Museum in Apache Junction, Arizona. 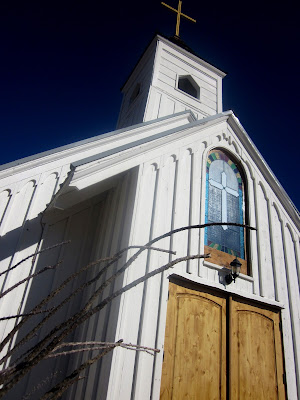 This mostly outdoor museum has movie set setups for old westerns, a labyrinth you can walk, and lots of displays and photo ops including an Elvis in the chapel. 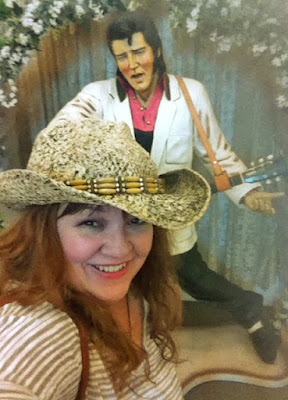 It has that dusty roadside display feel and many of the best displays are inside the barn. 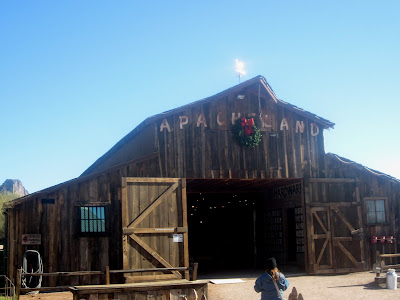 The folks that work inside and outside are really friendly and folksy. They will tell you much while the Superstition Mountains loom nearby and carry the legend of the Lost Dutchman's Mine. 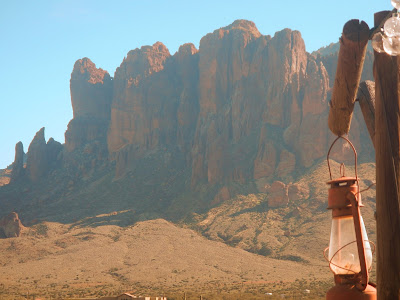 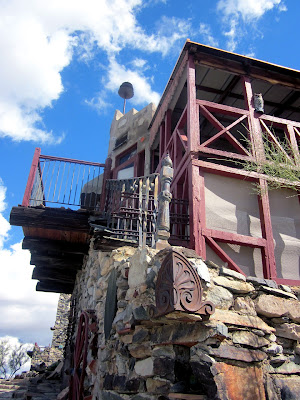 I would also suggest the Mystery Castle at South Mountain. This "castle" was cobbled together in the earlier half of the 1900s when a husband and father wandered to the desert to make a castle for his daughter in the Northwest. He got TB and thought the climate might help. During his separation from his family, he pieced together an extensive building with many rooms and a dungeon and managed to squirrel away some treasure for his daughter. Years later, when he had passed on and the wife and daughter moved in, they adhered to his will and awaited a specific date and opened the prize package that included many letters, some gold, and other items that showed how he longed to be with his family again.

Today, the tours are fascinating and this very odd structure has a very old west feel tucked into South Mountain Park with some amazing views of the Valley of the Sun - Greater Phoenix Area.


If you want to get up to a desert cave and get the feeling of the movie - this hike to the cave is ideal!
- Witness Encounters With Gargoyles -
Texas (LINK)
...It was at this point that the “gargoyle” seemed to unfurl its wings, which Shaw stated made a “crackling” noise as it took flight in the powerful, howling gusts. The sound of the crackling wings seemed to snap Shaw out of his stupor and he turned and sprinted toward his vehicle.

In what must have been the longest moments of his life, Shaw fumbled with his keys, unlocked the car door, dove inside, started the engine and drove into the blackness of the night, too terrified to even look back to see if he was being pursued by this winged, ebony atrocity.

Here (below) a supposed capture on video - interesting how it climbs without using its wings.


Butler County, Pennsylvania doesn't really come to mind when one thinks about gargoyle territory, but actually Pennsylvania has had a lot of reports. One man recounted a tale of an encounter with an 8-foot tall one, documented expertly by Stan Gordon. (LINK)

One woman was tragically killed by a church gargoyle when a piece of metal from it dropped to a mother walking below, who was killed instantly. (LINK)

If you loved the movie masks -

For your viewing pleasure, here's the movie --- 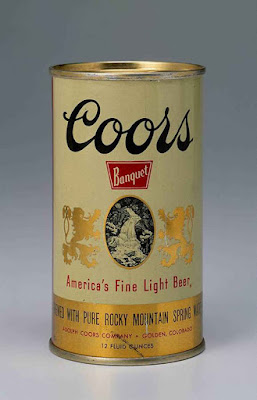 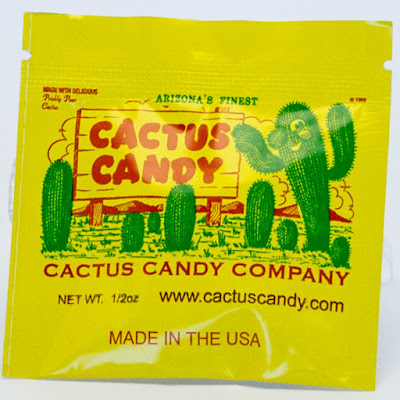 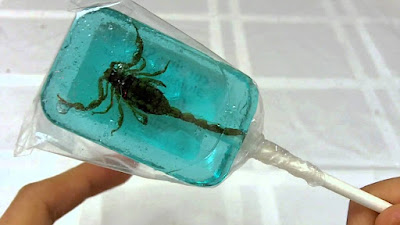 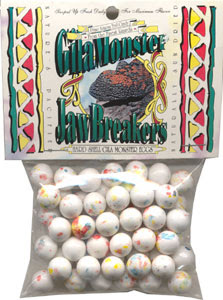 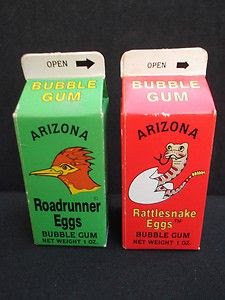 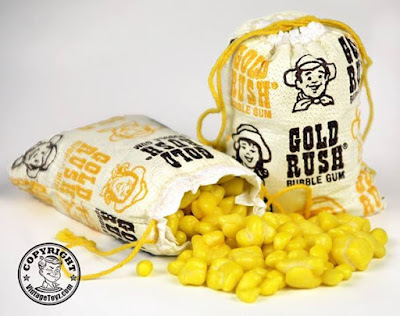 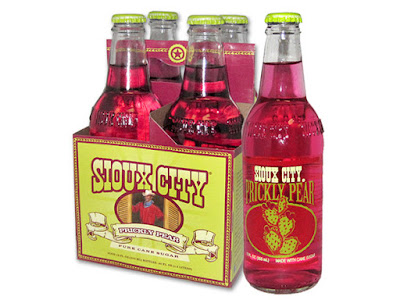 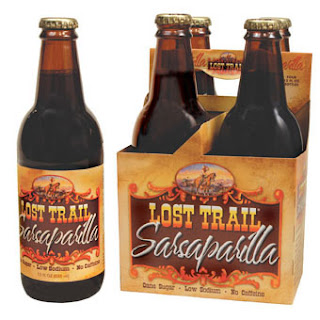