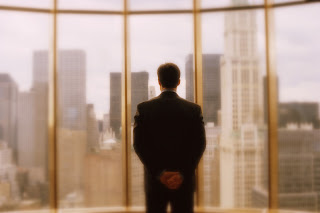 Haunted work sites aren’t just for the docents of historical museums and the renovators of vaudeville theaters. High-rise office staff, shop owners, and warehouse workers all report haunting issues. We often think of ghosts as hiding out in old hospitals and antebellum mansions, but where there are people to perceive their presence, they make themselves known.

Some of the issues at hand in work places are the repetitive nature of work. This involves the same seating places, same halls walked, same doors opened, over and over and over again, day by day, month by month, decade by decade. This is often what we find in homes that have been around for 100 or more years; enough generations repeating the same trek, the same hallway, the same stairs over and over nonstop. 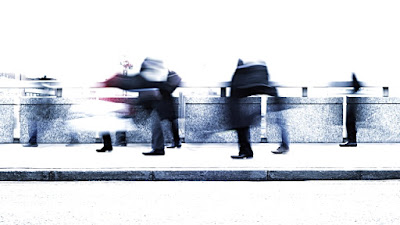 An office building is more like an old home on crack. It has hundreds of times more people doing the same things. In a way, it’s a giant psychic electrostatic generator. I like to call it the “lighthouse syndrome.” When you have a place with a large source of electrical power and people whose job is to follow the same path every day over and over again to do the same tasks, you’ve generated future ghostly footsteps, door closing sounds, murmuring voices. You've also built up a great deal of emotional stress, as most people are not particularly joyous in the work place, but anxious, depressed, angry, and frustrated. 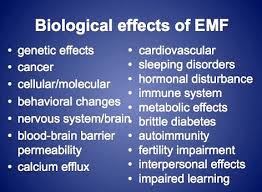 Another obvious contributing factor is the power used to put together a work place. I’ve done studies in offices that complained of hauntings to find EMF levels off the meter near powerful electronics. These high levels of electromagnetic fields can be very unsettling on people. The average worker's cubicle alone can have high EMF.

The question still hasn’t been answered for ghost hunters whether EMF is a sign of ghostly activity, a condition that causes the sensation of being haunted, or if high EMF is something necessary for a ghost to manifest.

After having some truly amazing encounters in offices with high EMF, I am more of a belief that EMF activates a sensitivity in people, a sensitivity that may make them more keen to discern a haunting. For instance, an investigator might use his EMF meter as, not a sign that a ghost is near, but as a sign that he may be better able to notice a ghost is present. So, if the meter is active, it might be time to raise one's head and look and listen.

In one case, I had a worker move his desk seating to another area of the cubicle away from issues. The worker did not notice anymore haunting type issues as far as feeling watched, touched, and such.

I might have stopped there and decided the devices were emitting a frequency that made the worker feel unsettled. But, to be certain, he traded offices with another worker who had high EMF readings in her cubicle.

He settled in for a week and even with high EMF, felt absolutely nothing. However, the women who was using his office suddenly wanted to trade back to her office again. She was very upset. She had never felt so uneasy and saw dark shapes out of the corner of her eye.

So, it would seem, the EMF was not necessarily a factor in hauntings being present, but perhaps a factor in the worker being able to perceive hauntings.

Upon further research it was found that the office space the man was in had been used by the soon-to-retire worker who had a heart attack and sudden death months before the worker started working there.

No one had shared this with the new hire because the cubicles had been rearranged for all the new hires to fit in. The man who passed was facing the doorway, perhaps 15 feet away, which was precisely where the worker was situated.

He was able to move his desk to the other side of the cubicle away from devices that might activate his ability to be unsettled. It was a decent compromise.

Many businesses are in downtown historic districts where buildings came and went, often times built around waterways utilized by Native People long ago, so a cycle of life deconstructing and reconstructing generates a lot of layers of history.

I remember as a kid having a family friend, an elderly woman, who told stories of her husband’s business. When he passed on in his mid 50s, leaving her a widow, she took over his business. She cursed that the office in the back of the store where he worked 16-hour days was obviously haunted by his presence. She saw him several times near the file cabinets, back turned to her, bent over a drawer. A few times, she’d come into the room to find the roller chair butted up underneath the desk where he used to do his books instead of near the desk with the typewriter where she kept it. Other times, she could hear a single swear word with his thick Polish accent.

She had shrugged and sighed. “It makes sense, I suppose,” she had sighed. “He loved his work more than me or our home.”

In that single statement, she may have answered the question; “why do people haunt work places?”

If you think about it, we go through our days, anticipating tomorrow, what needs to get done, perhaps an upcoming vacation in the summertime, or even daydreaming about when we can get a new car, and so much of our time is ahead of where we are now, anticipating, intending.... And upon death, that intention, that forward motion, is part of a routine go-to and therefore a part of the soul may remain in forward motion, to go to work tomorrow, and follow the routine cycles.

Park rangers and medical workers in hospitals are two groups of people most often to report ghostly encounters. We can certainly understand those working in hospitals having such experiences, but park rangers? Yes! Their territory covers isolated cabins, cemeteries, historic paths, caves, state parks, and battlefields.

When asked, rangers often times say it’s just part of the job to see to everyone’s safety within the historic site and sometimes that might include a tag-along ghost.

Obviously, having the right attitude about haunted work places is essential. The only times most people complain are when they’re alone after hours or left to close up the place. The great sighing heave of relaxation that occurs when there are no more elevators rushing up and down, people slamming doors and wheeling carts, makes for a contrast of sorts that can make one’s hearing acutely sensitive and the feeling of contrasting open spaces disconcerting.

Investigators tend to study ghostly activity at night because the lack of distracting stimuli of noises, people moving about, and the semi-darkness allows the ability to discern movement.

For the same reason historic sites such as Alcatraz are less likely to reveal their spirit activity during crowded tours, so are work places less likely to reveal visitors until the nighttime becomes their playground and all the human energy has been removed from their space. More than likely, we simply notice things we don't notice when overstimulated in the daytime hours.

The most often reported work-place hauntings include odd pranks, like when a worker stays after hours and objects move, things become hidden, they leave the room and come back to find their chair in a new location or their computer turned on. Electrical and electronics interruptions are often reported, like lights turning on and off, odd text messages and computer glitches.

Most workers after hours complain about a sense of not being alone or being watched. That's pretty normal when you consider that we are used to the work place being noisy and never knowing what it feels or sounds like emptied. Footfalls in empty corridors and even apparitions of a person in the office that has been emptied can unsettle a worker, but come Monday when the office is filled again, it can seem like a trick of the mind in the light of day, with loud noises, chattering people, and grinding machines.

Obviously, old buildings are some of the most haunted, but even modern shops can have notorious reputations for spirit activity.