The Melonheads Sighted in Several States! 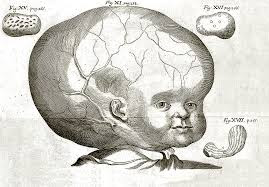 In a country settled by a wide mix of people with legends from all locations of the glove, moving to the New World in search of vast resources and no controlling monarchy, America has been inundated over the centuries with some of the most amazing legendary beings, creatures, and cursed lands. Today, let's explore the Melonheads reported in several states .... 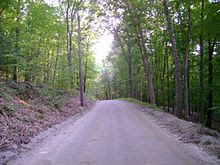 In the back roads of Southwestern Connecticut there is a legend that clings with clawed and bloodied fingers to this rustic region, casting a dark shadow on the hollows and knobs.


The Milford area appears to be dead center of the legend and many locals call a particular roadway there "Melon Head Road" (Zion Hill Road). Neighboring towns also have stories of the Melonheads in their woods. It seems the whole region is under the pull of these little troublemaking boogers. 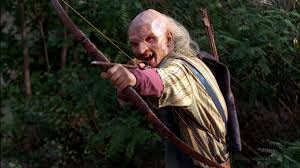 They are described in a way that is similar to the movie "Wrong Turn," with a clan of these mutants that will stalk and take down trespassers, and even eat them!


It is said there is a clan of tiny people with thin limbs and huge heads and big round eyes that are both shy and aggressive if one trespasses on their land.

Their origins are up for grabs depending on who tells the story. Some think they are escaped mental patients (they take the rap for a lot of legends), perhaps hydrocephalus family, or inbreeds gone wild in privacy for centuries.

If that isn't enough to make you nervous, Michigan strangely has a melonheads legend there too. One legend, I often dismiss as an adaptation of Native legends or a local urban legend, but when you hear of two separate states describing something similar, you have to wonder what's going on.

The Michigan melonheads are reportedly the same, as small little people with huge bulbous heads that hide, but occasionally come out to attack. 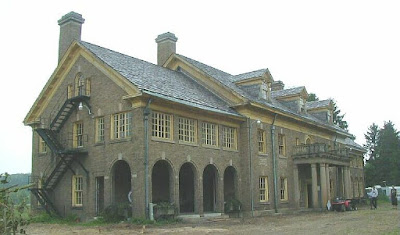 The legend in Michigan revolves mainly around a state hospital said to have closed and released hydrocephalic children into the wilderness. They say these beings have taken up residency in Felt Mansion in Holland, Michigan, while other witnesses report them being sighted around Ottawa County.

Still, another state reports melonheads - Ohio. The reports on this area include secret government testing that created swollen heads.

The legends have them somewhere in the Wisner Road area which is interesting, as this is also a roadway that is infamous for a crybaby bridge. Crybaby bridges are a phenomenon of ghostly children at bridges, and nearly every state has one. As well, there are reports of weird lights in the vicinity of the bridge.

Odd beings, crybaby bridges, strange lights with no cars or buildings around in the silence of the night, are all earmarks of a cluster of local oddities.

We may or may not believe in melonheads, but troubled areas seem to have a passel of issues across the board. This is why I tell people, you may go out investigating ghosts, UFOs, or Bigfoot, but you need to look into the other reports in that area of strange lights, UFOs, odd beings, weird mists, voices, missing people, shadow people, ghosts, and Bigfoot because the fact is this constellation of reports in one small area may help us understand phenomena and some of the accompanying or supportive issues.

If we are going to crack the code on the unknown, we need to have less narrow focus and broaden our curiosity into every kind of unexplained thing, geology, Native legends, and historic significance of the area.