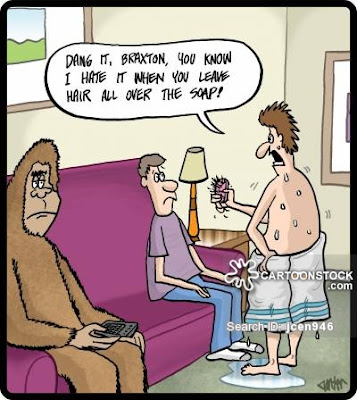 Popular culture took hold of the Bigfoot image and ran with it in some of the most creative ways. Let's see how some of these hold up to the scrutiny of a researcher.... 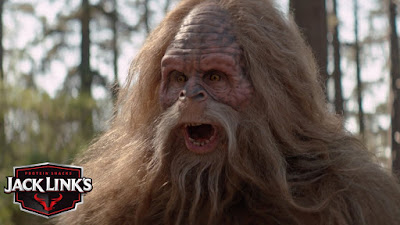 A for appearance/B- for behavior


In the Jack Links commercials, Sasquatch has a timid but easy-to-anger personality. Considering how much we mess with Sasquatch in the woods, I don't see them taking revenge like the Jack Links dude, but I suspect we all secretly wish they would scare off the idiots in the woods. What was so adorable about this ad campaign is we totally feel for the Big Man and want him to get exact his revenge.

I appreciate that they showed his curious nature and a bit of a sense of humor which they are known for.

The size, the conical head, strong brow ridge, squinting eyes - some of the features we relate to the Tall Ones. He is perhaps one of the best portrayals of Bigfoot cosmetically that is out there right now.

The only physical drawbacks are perhaps not enough facial hair and skin color is not the typical blue-gray. As well, the eyes are not large enough, but hey that would be hard to portray in costume. They do make him strong and agile which are accurate. When you see the commercials, you pretty much feel like this is very real looking. Job well done, makeup/costume guys and the actor(s)!

HARRY AND THE HENDERSONS 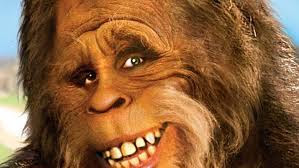 Harry from Harry and the Hendersons fame was the single most beloved Bigfoot of all time. He was shy but powerful, kind-hearted and apparently vegan. The real ones are definitely eating their amount of fish and game, so killing animals is not something they are going to be offended by.

Although much of Harry's personality was fanciful, some aspects were true, like his sense of humor and his love of pups. His bull in the china shop strength in a suburban home environment was beautifully portrayed.

In the looks department, this was an amazing portrayal, as the latex applied to the face moved with the actor's expressions and seemed very real. Although skin tones might not have been precise, the hair and size portrayed were very authentic. Someone was working with real witnesses when they portrayed the shorter nose, longer space between nose and mouth and the massive extraocular muscles that can give Bigfoot an angry look when they pull up the muscles and squint from bright light.

Would Bigfoot eat your corsage or climb into a station wagon for a fish sandwich? Well, perhaps the latter, not the former. He is certainly the most endearing Bigfoot portrayed, and in basic physical aspects, pretty spot on.


All in all, Harry is the most beloved Bigfoot ever and a fair rendition. 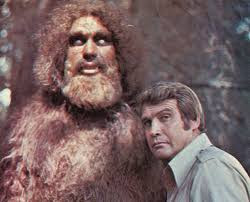 This angry fella from Six Million Dollar Man was perhaps one of the most widely seen portrayals in the 1970s. It was sensational, but perhaps not so accurate.

Skin tones were totally off. The facial appearance was completely Homo sapiens. He was tall, but not particularly proportioned in that distinctly Bigfoot way. In this case, just an angry tall hairy guy basically. But nothing beat watching him wrestle with the six million dollar man.


When all is said and done, one of the worst portrayals of Bigfoot, but one of the most repeatedly enjoyed theatricals of them.

LETTERS FROM THE BIG MAN 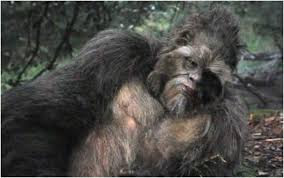 "Letters From the Big Man" was a fantastic movie that perhaps had the most realistic portrayal of Bigfoot ever. It left you wondering (like in real life) what goes through their minds when they encounter us. Their interaction with the woods, shy nature, curiosity, and judgment about humans they can trust and not trust were pretty spot on.

The actual Bigfoot was a portrayed as a pot-bellied melancholy fellow with a slow metabolism and not real agile and tricky, but the flesh was well done and in general a pretty spot-on portrayal of internal and external. The hair distribution on the body was a bit thick, would have been better to have a few thinner areas and the hair on the head is not usually portrayed as hair is on our heads, though they grow hair on their head like we do. Most clans seem to style theirs all the same. One tribe might whittle it into a mohawk, another braids it. Some wear bangs, others let it hang like heavy twisted rastas.

Of all portrayals of Bigfoot thus far, this is the one to beat. 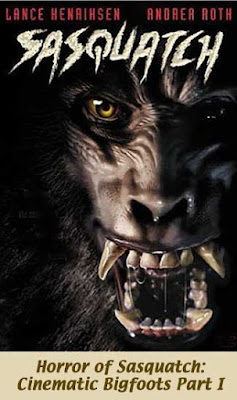 This was a sensational horror movie. It had a predatory, bloodthirsty and aggressive Bigfoot. This fella looked more like a Dogman. This was titillating, to be sure, but so far off the mark, it was ridiculous. Purely entertainment. 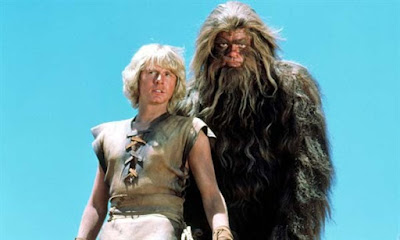 Another pop culture view of Bigfoot. Leave it to Sid and Marty Krofft to come up with this rendition.

Bigfoot finds a kid in the forest and raises "Wildboy." He grows up and they fight villains and aliens in their forest. Physically, it's a dude with a hairy suit, wig and dirt on his face. But, the notion of Bigfoot giving aid to a child is one that has played out in nature many times.