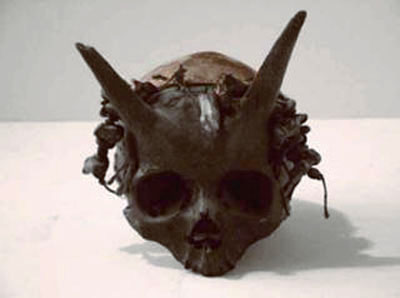 (NOTE: not the actual skull)

The "Sayre Skull" was a type discovered in the 1880s in a small borough of Pennsylvania.  It was found, interestingly, in a burial mound. When uncovered, there were found to be 68 skeletons of giant people around 7 feet tall and over and horned skulls, the horns being about 2 inches above the eyebrows. It was estimated they were buried around 1200 AD.


Supposedly, these were not the only horned giants found around America, reports come from El Paso and Wellsville, New York. Of course, like many artifacts, after supposedly being sent to a museum, they went missing. 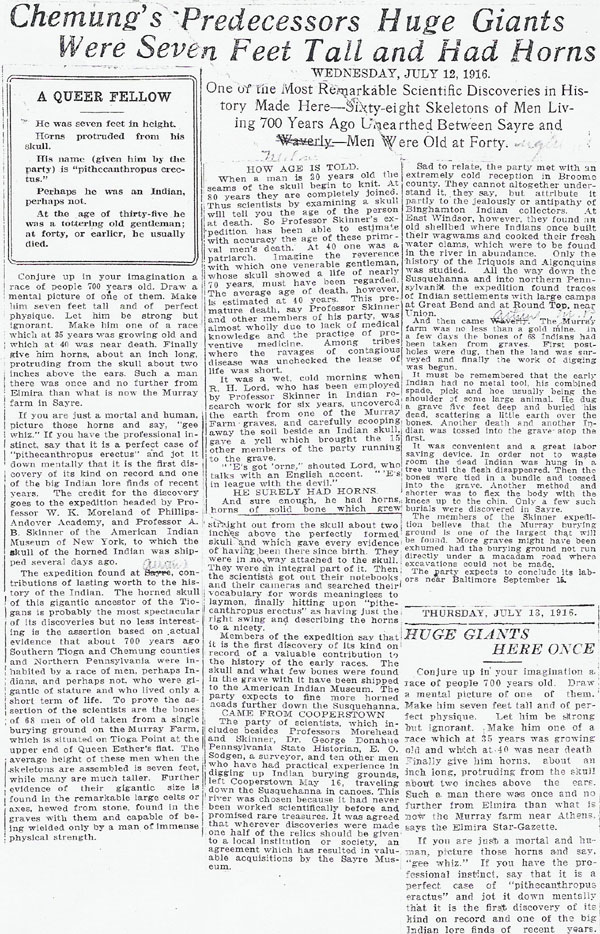 (newspaper above - "one of the most remarkable scientific discoveries in history made here - sixty-eight skeletons of men living 700 years ago unearthed between Sayre and Waverly were old at forty.")

"At Tioga Point, on the Murray farm, a short distance from Sayre, in Bradford County, an amazing discovery was made. Dr. G. P. Donehoo, State Historian..., together with Prof. A. B. Skinner of the American Investigating Museum, and Prof. W. K. Morehead, of Phillips Andover Academy, uncovered an Indian mound. They found the bones of 68 men which were believed to have been buried about the year 1200.

The Sayre find: "The average height of these men was 7 feet, while many were much taller. On some of the skulls, 2 inches above the perfectly formed forehead, were protuberances of bone, evidently horns that had been there since birth."

There is debate about the horns. Some believe that because giant skeletons were being unearthed, it unsettled some, that the horns addition to the story was added on and yet other sites around the country reported finding an occasional odd skull with horns on a giant skeleton. It would seem to be not one case of an odd story being born, but repeated perplexing finds.

It is very hard to make sense of such an anomaly as being a genetic propensity in the line of human evolution, though sometimes people get keratinized growths. These usually occur in old age and are called "cutaneous horns." They mostly occur in the very elderly who have spent a great deal of time outdoors. A race of giants who were also fair might be more susceptible, but most reports have them supposedly dying by 40 on average. 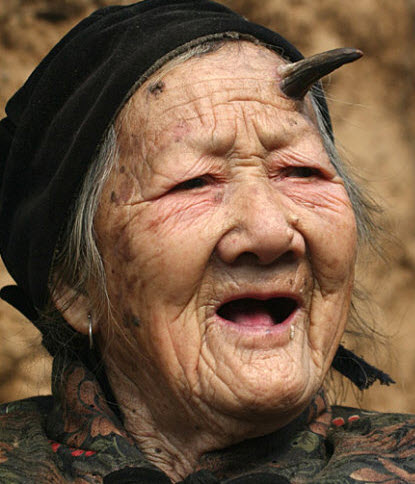 Was it possible that these skulls were people buried with masks on that had antlers?  There does seem to be something very odd about these giants, often reported to have six toes, and the symbol of antlers on the heads - 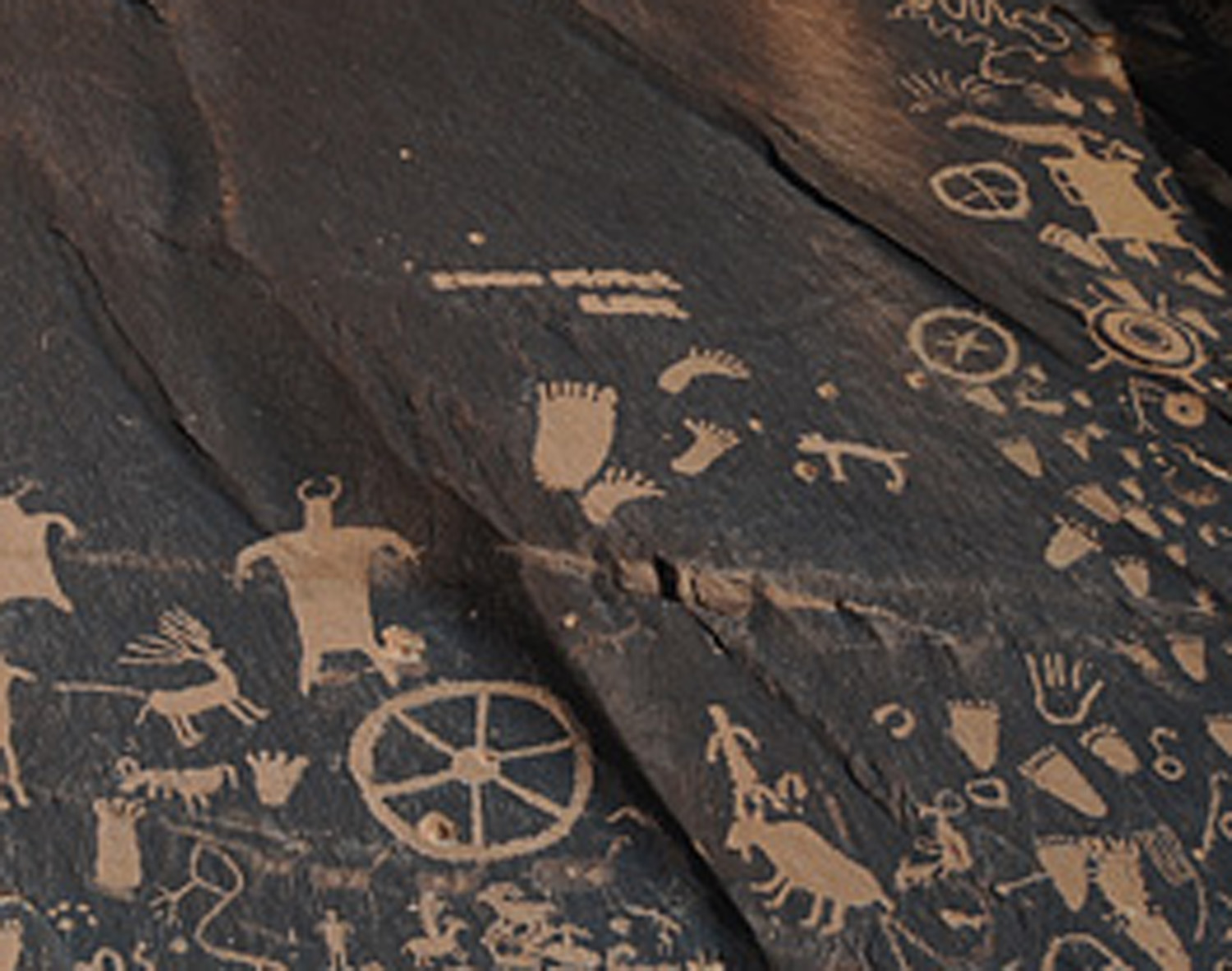 There are those who might take the reports of horned skulls and run with them, attributing them to demons or nephilim or some kind of alien abomination. 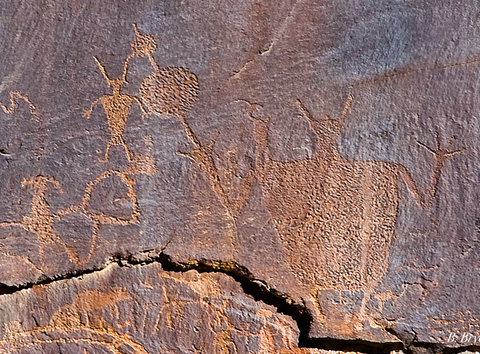 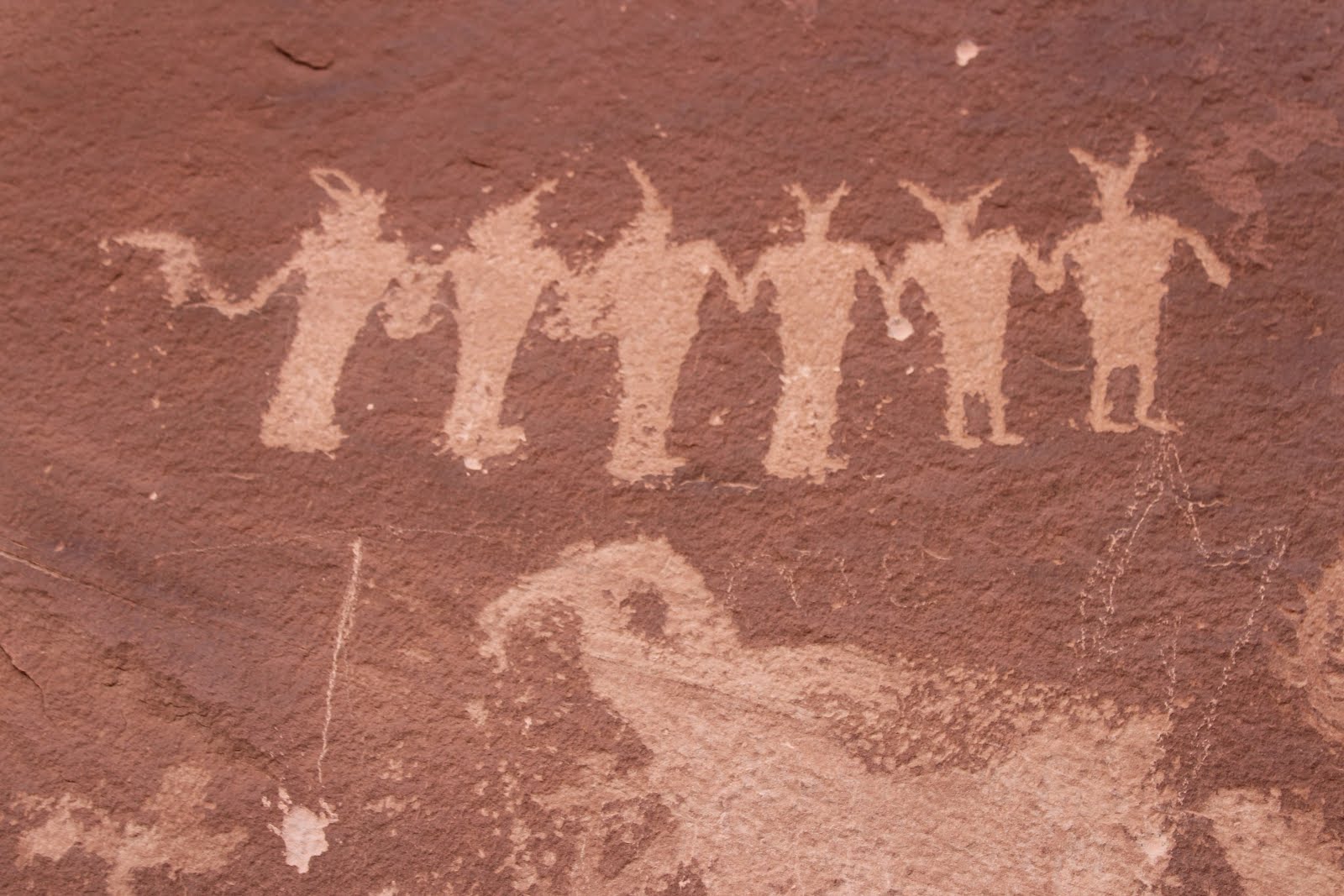 It's interesting that they supposedly found several of the horned ones within the "tribe" and so this is not necessarily some kind of foreign race, but a variant that was among them, perhaps from breeding, or perhaps from the fact that they were described in legends as being tall fair people living outdoors and perhaps having a propensity to get these horns from cutaneous formations.

I don't jump to the extraordinary like demons or devils. It would seem that, other than being a tribe of unusually tall people, they were growing cutaneous horns on their skulls, at least some of them. Without the skulls, we will never know what was going on, whether they had masks with antlers or if they had cutaneous horns or perhaps some kind of modification done after death or while living or if the whole thing was made up by livid locals who were horrified by giants. Once again, another case of why we need to find more of these fellas and I'm certain we barely tapped the amount of them hidden away....