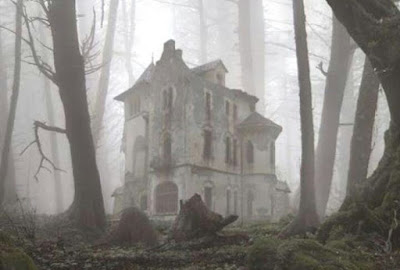 How important is that musical background for tense scenes in movies? It can literally take a so-so movie and make it a classic. Let's look at some movies that are classics and the main thing they all have in common is music that set the tone to haunt us -


This 1980 film by John Carpenter had his signature creepy music. The play of dueling tinkling piano keys and low anguished foghorn are the staples of this really effective tension-producing soundtrack.


John Carpenter impressed with piano and synthesizer in the most simple but hauntingly tense score for a horror movie ever. It may go down in history as being THE one to top. One can listen to the score without seeing the movie and envision the plot unfolding from memory.

This score was not like anything we expected in a horror movie, but the 80s were being ushered in with slasher finesse and this movie haunted us with softly screeching tones, deep horn sounds and violin and chi-chi-chi-ha-ha-ha breathy sounds. When we heard that, we knew the killer was stalking.

The use of a church organ was brilliant in this fantastic score. The movie was a cult favorite and a great deal of the scare factor came from the music that kept us on edge. The cadence of it made us feel the mounting tension as if we were running a marathon to some unknown finishing line.

Bar none, "Jaws" score will go down in history as the single most influential notes in cinema. The use of an orchestra to create sounds like underwater bubbles and a stalking shark was the most brilliant scoring ever! The movie had a way of sending us into whirlwind, eddies, like some kind of audience flotsam and jetsam.  We were literally on the edge of our seats aurally.

The singularly lonely sound of tinkling piano keys became the pattern for tension, accompanied by bells, organ and other instruments joining in built a crescendo of fear about an unseen force.

"The Omen" used religious-sounding chanting to unsettle us. Something that should be sacred becomes sinister. It was the ideal soundtrack for this battle between good and evil. We had no idea what they were chanting, but we knew it didn't bode well.

In a sort of subliminal way, a movie score can draw us in and make us unsettled and create tension, pacing, mood, atmosphere, and even ring a few of our childhood association buttons.


The Creature From the Black Lagoon epitomized the ideal score for a horror movie. They set a standard for how influential it can be.