Is Mankind Separated Into Two Or More Alternate Realities? 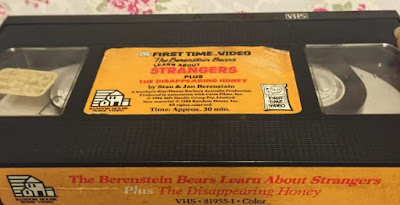 It is a called the "Mandela Effect" and it involves people taking notice of things they always assumed about the world and things written about the world today that don't match up. From this discrepancy, some believe that at some point, some of us moved on to an alternate reality that doesn't match up with our previous world. The term came from the phenomenon of people who believed Nelson Mandela had died in prison and were shocked to find out he hadn't.

This is easily explained away by the same phenomenon that has some of us singing, "Let's pee in the corner" (that's me in the corner) on the REM song "Losing My Religion." It is misheard, misrepeated information. Another example is people repeatedly using the word "irregardless" which is not a word, however, "irrespective" is. With enough common misuse, it seems to be the norm.

But is there more to this than we thought? Might you be a person who has entered an alternate universe at some point where things don't quite line up? Let's look at some common notices -

We remember the pennybags guy in Monopoly as having a monocle, but he didn't. (LINK). Kit Kat bars do not have a dash as we imagined Kit-Kat). Oscar Mayer we remember as Oscar Meyer. Froot Loops is not Fruit Loops. Sex and the City versus our Sex in the City. Once again, these examples show a general misunderstanding of common terms and images that we didn't really remember correctly, but glanced at and thought we knew.

Getting deeper into the fears raised by Mandela Effect, avid fans of the theory say that CERN might be the cause for us having shifted into a very similar world, but slightly off.


To believers, their lives are something like Bruce Willis in "Sixth Sense" when he realizes things don't add up and he's in an alternate world called death. This has caused a very real fear in people when they begin to examine their lives looking for things that do not line up.

I tend to follow the belief that we learn things the wrong way. I can't tell you how many lyrics I've seriously botched. "He-e-e's a woman" ("Evil Woman") and "don't fear the reefer" ("reaper").

I was talking to my sister the other day and she talked about the time we rode a helicopter as a kid. I never ever rode a helicopter! Mind you, I have memories from when I was still in a diaper at just over one year old and my memory is incredible. She went on to mention that mom was scared to fly and I was the baby, so she made me stay with her while my older sibs rode on a helicopter around NYC waterways with dad. I remember the trip quite well, but not the helicopter. That's because mom took me over to a monument and I didn't get to see everyone take off. For a moment, I had a panic that perhaps I had blocked some childhood out or my sister and I had separate upbringings!

Memory is a weird thing and so is the internet. With the advent of instant info, many misinformed messages get sent around and become "fact" when seen enough. This Mandela Effect might be a sign of our times. 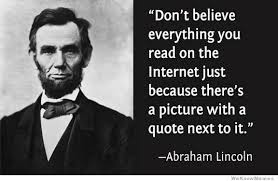 There is a concept among string theorists that there are many parallel universes and that at any decision you make, you turn right instead of left - you have just departed your timeline to another reality.

Here is my parting commentary to consider -