Clan of the Cave Warrior: Secret Harvesters Versus Sasquatch! 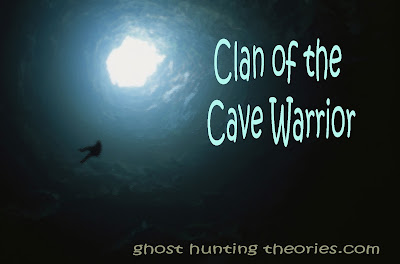 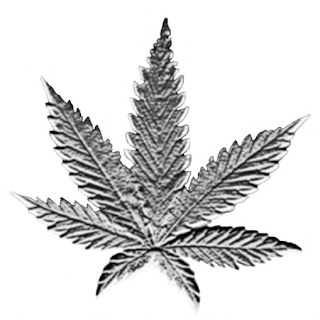 Word got around the community of the Sierras that Ken was the go-to guy for all things unexplained, unbelievable, and incredible in one of the most spectacular mountain ranges in the world.

Someone directed Ken to meet a man in charge of illegal crop growing in the Sierras to talk about a certain unacknowledged resident of the mountain range. It was a lot of territory to get lost in and hide such things. Curious by nature, Ken met this successful man and had a good talk with him about some in's and out's of Bigfoot in the mountains.

They sat down to talk in a cafe. The man told Ken in some detail about how they keep growing in an area if they haven't been discovered, and how they moved out of some areas where they had some bad, uh, encounters....

Ken asked where these encounters were. Teakettle, Dinkey Creek.... Ken wasn't surprised by that. There were lots of sightings in those areas. The serious climbers, rangers, Native People and others who regularly accessed these places shared their encounters among themselves. In many ways, these experienced witnesses considered the Bigfoot to be like any other wildlife. Their policy was to remember they were a rare sighting here and there, to stay clear of them, and let them have their space like any other creature of the forest.

The grower told Ken, the workers embed there in the mountains for the summer months to get the crops to harvest. They live and sleep there while they watch over them. They also encounter lots of wildlife. Some of it, quite baffling.

For example, one night, the men at one of the remote crops heard godawful screams in the woods. There was thrashing and hollering that sent the hairs to stand on their necks and arms. The workers felt the creature was screaming at them, so they rushed in to protect the crop where the found almost a thousand 7-8 foot tall plants were broken in half, pointing all in the same direction.

The crew huddled around the camp that night listening intently, hearts pounding, not sure what was happening. If it were any authorities, they'd be there in uniforms with guns, but this was something that intentionally tried to destroy the growing plants. They also didn't mind making loud caterwauling and drawing attention from a group of armed men. Even worse, they were tall enough to bend the plants up high.

A few nights later, the workers poached a deer and hung it up to begin to gut and prepare it when a scream sounded through the forest with such intensity, everyone froze in place.

Even though the four men were holding a variety of lethal arms from Uzi's to AK47's to protect their crop, they did not react other than their eyes widening and waiting for what would come next.

Limbs snapped, the forest floor shook. The screams picked up again. Then, something massive and dark split the foliage as if the forest were birthing a monster. It emerged from the broken shrubs to tower over the group. It's immense height and mass made the men sway in their boots.

The Bigfoot screamed again at them, squinting angrily as if they had poached his own supper. He grabbed up the deer and tossed it over his shoulder like it was nothing, disappearing into the darkness with his claimed prize.

One man soiled his pants. Another wept out loud. They staggered back, awakening from their daze and looked down at the weapons in their hands as if they were foreign objects.

"They would never go back to that location again nor did they want to speak of it among themselves," remarked the leader to Ken.

"I could never ask them to go back to those locations." The leader explained as he studied his cup of coffee. "I don't need defectors, nor do I want my crops ruined by some angry resident." He lifted his knowing eyes to Ken who nodded in agreement.

Sugarloaf in King's Canyon has a hunched over silver-backed fellow that many run into in that pass. They feel fondly about this one, as he seems to be only about 6 feet tall and rather frail like an elderly man. Rangers and outback guides see him and several have even done castings of his prints.

I suppose one could say, what happens in the Sierras stays in the Sierras, because most people who brave the natural setting do so either out of career or passion and what is there is precious to them, every single living creature including these elusive quiet ones.

The growers are going to be around until we have legal growing of marijuana (California - you should be at the forefront of this). Although this group of growers had a terrifying encounter, the Bigfoot was not targeting them, but the deer they had "stolen" from his forest. More than likely this wasn't the first poaching and in the case of this particular hairy individual, he was just about done with this behavior. Still, he raised no hand to them, just took what he saw was his property.

Yes, be careful in the forests, but remember the bears, wild cats, and pot growers are probably your real threats. One of the key giveaways are water lines running from creeks into the woods. If you see these, turn and go the other way. Not all growers will give you a chance to explain yourself. For more info on Marijuana growing and danger for Bigfooters in the mountains (LINK)

I'm enjoying catching up on Ken's videos. What a talent. Here's a great one written for a kid who was scared of the dark.