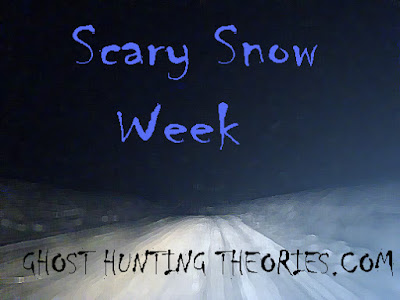 Yeti comes to mind immediately when one thinks of the Himalayas. The Abominable Snowman, as some refer to them, are a Bigfoot-like being reported being within these high elevations.


Climbers in the early 1950s reinforced the locals' legends of a wild man in the snow when they brought back footprints in remote locations. 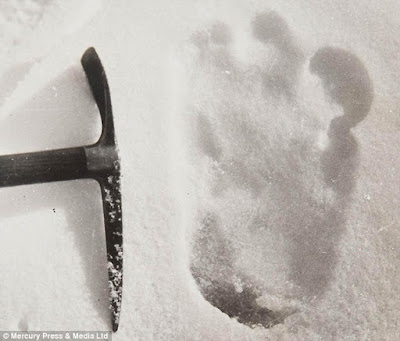 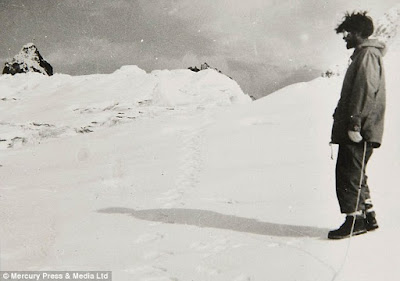 As Yeti is an elusive being, we can postulate if such a human existed, how and who?

It is interesting to note that the regions that have Bigfoot-like beings, such as parts of China, Siberia, Australia, Himalayas - there is Denisovans DNA found in the people. Denisovans are an archaic man thought to have gone extinct tens of thousands of years ago, around the time of Neanderthal. And, they had a high altitude gene (LINK).

If you were a people that were no longer accepted by the Homo sapiens taking over the continent, would you seek the lands that you are acclimated for? Would you go higher and higher into the mountains where altitude and thin air do not affect your breathing or your blood flow, where you are built hearty to handle the cold without frostbite? Where the other humans don't go?

You can't get more remote and high altitude than the Himalayas. The sherpas have ancient traces of Denisovans DNA and it has allowed them to have the gene for high altitude (LINK). These people could be living among an ancient people who have never left their barren high altitudes. If anyone has encountered Yeti, it's these strong and spiritually centered folk.

A high-altitude human would likely be carnivorous versus omnivorous, as meat is readily available year-round, but not necessarily edible plant material of a high enough caloric count. They would have a strong jaw and be able to eat from the available wildlife with high fat content and protein to handle a very powerful body built for shimmying up and down mountainsides with longer arms, shorter legs, longer body for scrambling (fitting the description given of yeti). If you and I try to walk on all four, our rumps are in the air because of our long legs, but for a Bigfoot-like being, with shorter legs and longer arms and body, they are able to climb hillsides in easy gallops.

This video has been debated a lot and it seems rather unusual to have a tender-footed yeti out in the open.

Josh Gates and "Expedition Unknown" on Travel Channel did a great series this season of the hunt for the Yeti. (LINK). A footprint casting was believed to be a bear, a hair in a cave was found to be human, and another hair taken off a supposed Yeti scalp was unable to be studied because it had been treated with some kind of sealant.

But, with numerous reports from witnesses and, considering the region, we would have to agree that if another man lived there, he would have to be hearty indeed and not a farmer, but a hunter. Reportedly, yaks are often eaten, but many blame it on bears. It is impossible to account for all eaten wildlife and who ate them, but there is definitely an ongoing source of hearty protein and fat available and few people to bother them, as well as tons of caves to squirrel away into.

The Yeti have gotten a reputation as being white snowmen, but truthfully witnesses report black and brown as the dominant hair colors they run into. They are also reported as taller than the average people, somewhere in the 6-foot plus range.

For many, the idea of a human being surviving naked and alone in the Himalayas sounds insane. But, if one has a gene and a body type adapted for that climate and elevation, it makes perfect sense they would be there. They would need a barrel chest with the ability to exchange gases more efficiently than flatlanders, blood that doesn't thicken too much at high elevation, the right body proportions, and keratinized skin that does not allow for surface capillaries that freeze and get frostbite. With this combination, you have an ideal mountain machine.

If those same genes are in the Bigfoot-like beings around the world, then Patty's body proportions (legs one third her height) and reports of them going on all fours, and scrambling up mountains easily, and not migrating but handling winters well, then we may have found the origin species of the Bigfoot and the best culprit right now is Denisovans who did have the high altitude gene.

As South Pacific islanders also can be hairy (different than the Asian-based Native Americans and Asians indigenous people), then we can assume Denisovans were also hairy and that gene was passed down from ancient times. As well, by the different shape of skulls in those with Denisovans DNA and rocker jaws, we can assume more about their skull construction. That there are ancient practices of cannibalism among these people as well, might also give us yet another clue of the carnivorous origins of Denisovans and their influence and genes.

The Himalayas are not the only place that reports a high altitude "snowman." Siberia has reports, as do locations like Northwest Canada, Alaska, and the Andes.

Coastal natives in the Americas had a different skull shape and were sea-oriented compared to the Amerindians who took to the land to arrive in America (Karankawa, Pericue). Early explorers described some of these people on the shores as giants and the Peruvians had many stories of what the giants did when they arrived on the shores. So, could these people who likely were involved in the DNA disbursement throughout Polynesia also be related to the Denisovans? Well, South American natives had Denisovans DNA and that is part of an interesting quandary: (LINK)

The Himalayas are vast, uninhabitable by most, and very sacred land to the people there. This combination makes an ideal retreat and safe homeland for the Yeti. If you wonder how they make it there, let's have a look at some of the Himalayan resources - 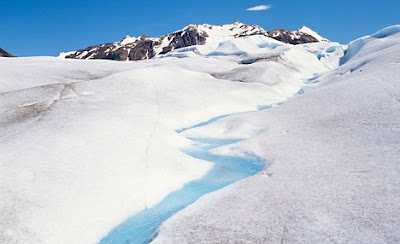 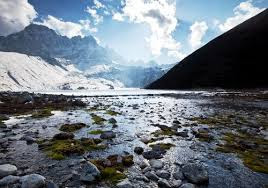 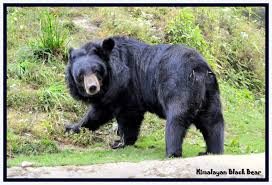 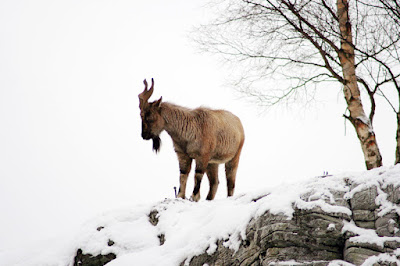 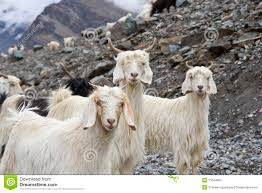 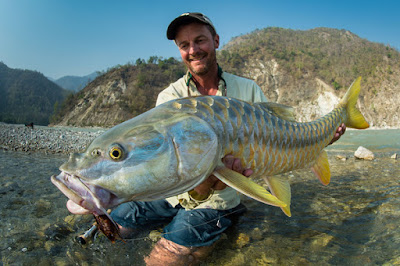 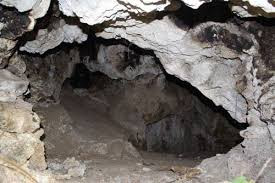 Let's take a look at Bigfoot/Snowman reported locations around the world:

The first task in determining if an archaic man still roams the earth is to figure out - where would they survive? It would have to be the most inhospitable areas which an ice-age era evolved man from the North would be. They would retreat to lands that we don't inhabit and yet have everything they are built for; from high elevations, icy climates, fatty animals/fish to live off of. They would be in regions where traces of them are seen today in local DNA.

So, take the parts of the world with Denisovans DNA and find their mountainous regions and icy lands and you have found the last stand of an ancient man.... 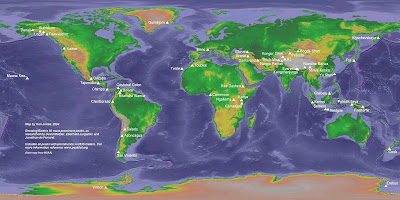 To some, Yeti is a legend, to others they have seen them and know them to be real. For the rest of us wanting to see this concluded, perhaps the easiest way is to open our minds to an archaic man we thought was extinct, who simply found their own ground where we don't dare venture....