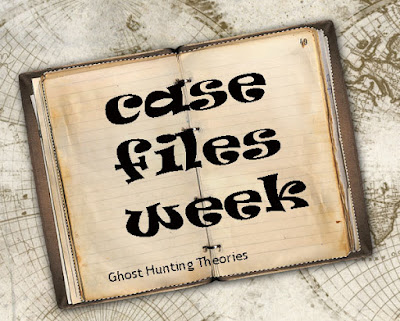 The "Amityville Horror" case (as it was popularly referred to) has haunted the public even longer than it reportedly haunted the occupants of this lovely home in the seaside community of Amityville, NY. Let's have another look at this case and see what might have been going on. 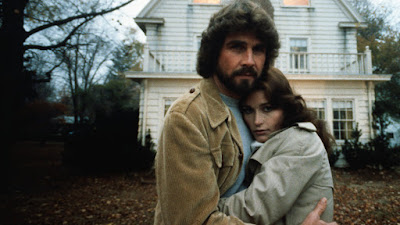 All us para geeks who grew up in the 70s remember vividly when the movie "The Amityville Horror" and the book both were released for public consumption. In fact, if you're interested in ghosts, chances are this was one of your first indoctrinations into a fascination and fear dysfunctional relationship.

Let's look back at the events that started the epic storytelling.

In 1974 in Amityville, New York, almost an entire family was slain. The DeFeo family father, mother, and four of the five children were shot in their sleep. The culprit was the son, Ronnie. He was eventually convicted and sent to prison, but there were always lingering oddities about the murders, such as the family all being found shot in their beds, face down, having not awakened at the sound of the first gunshot to get up and rush out.

In 1975, a new family moved in, newly married George and Kathy Lutz and her three children from a previous marriage. They were thrilled to get the house at such a good price.

They reported odd smells, waking up at the same time every morning, slamming sounds, and the wife levitating. At one point, they felt so threatened, they escaped the home.

After they left, a paranormal team went in to investigate the claims. One of those researchers was Lorraine Warren who reported an overwhelming depression. Given that the house had murders in it, that would make sense. And, if the last family seemed to have issues and be on edge, then it added to the overall milieu. Time lapse photos also showed what they believed to be a boy peering toward the landing where the camera was. 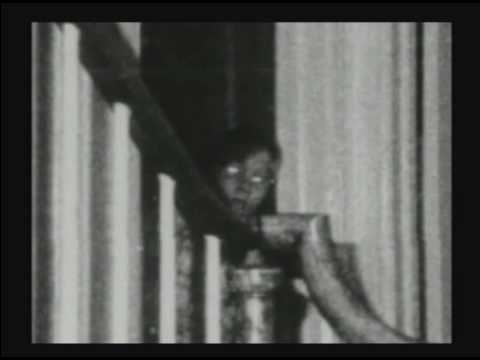 This photo has created quite a fervor among believers and disbelievers. It has been difficult to explain, but honestly once you see a face, you can't stop seeing the face. It is reportedly very similar to one of the DeFeo siblings who died.

It was reported these were time lapse photos and that other frames showed nothing. I'd like to see those frames. I also would want to know who was there and accounted for. This is where investigations run into issues big time. Without us knowing the details of who was where, what went on, having a full accounting, any evidence is possibly misread, misunderstood, or even illegitimate. We weren't there, what do we know?

The book was a big seller and the movie even more so.

This documentary ("My Amityville Horror" - below) is a really poignant one, as they follow one of the Lutz kids who escaped with the family. He reveals much of his story and the story of George Lutz. It is on Netflix streaming now if you want to add it to your queue and it is worth a watch.

What's my take on the Amityville Horror? It was a pretty cool movie and in the time it was done, it rocked as a true ghost terror. It had all the hype of a "true story" like you found in successful marketing tools like "The Blair Witch Project."

As an investigator, I find the concept of the house being haunted rather weak. Yes, there were murders there, but I have generally found that a murder without forewarning doesn't seem to have any haunting staying power - it's more likely with a building where there was long-term agony, torture, devastating human struggle that allows a sort of build up of bad feelings and energy.

I don't think anyone can ever say if the Lutz family was or wasn't telling the truth, but much of the story just feels unusual and not typical for a haunting situation.

Did the family get into a home over their head and find a way to get out of it? Could be. Did one member lose it and influence the others to think it was a haunting when it was really mental illness? Could be. Was the entire set of incidents overblown for dramatic effect and sales of books? Could be. Did the patriarch hope to keep his family in line by scaring them? Could be. We will never truly know, but it's up to us to ask if it rings true.

For me, it does not.

1. One member of the family, perhaps the father, was fixated on the house being haunted and guided and led the family to believe things were happening that they may not have actually witnessed, or they interpreted using his explanation of a ghost. He may have had ulterior motives, was an overall controlling personality, or had a mental issue.

2.  The family was taken advantage of by investigators and others who had a vested interest in an extreme case of haunting for publicity or profit. They had no control at that point over how it was presented.

3.  The house had some haunting features that were exaggerated in the telling by either the family members or the press, et al.

4.  The family and/or others enhanced the haunting details to make the story more riveting and to gather attention or profit.

5.  To the best of their description, this family experienced a traumatizing haunting or traumatizing relationship within the family that gave them a meltdown of sorts.

No matter what happened in Amityville, as future owners did not go public with hysteria, books and movies, we can assume that there was something unusual in that family's chemistry and interactions. It either attracted a temporary brutal haunting or it attracted a battle within the members in which a haunting became the explanation for their troubles or, as I like to call it, a scapeghost.

More info:
Was it a hoax?
Lots of info