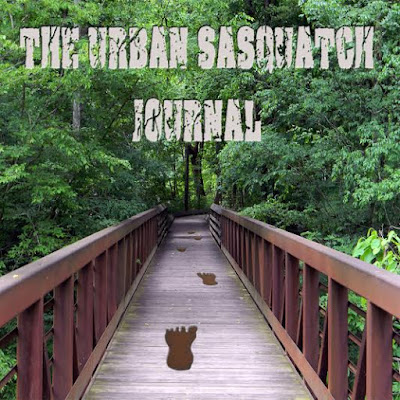 Link to the series


This was a rare visit during the week. I had visited the site just a few days ago. This was to follow up quickly to see if the food was taken and set-ups messed with so soon after the previous visit.

I came straight to the park from work. I arrived approximately 4:05 PM. I hiked to the site. I left the parking area 4:15 PM and arrived at the site by 4:30 PM. It was hot, humid with a blue sky and high clouds. Again, this was to be a short visit.

The following observations was made:

At the pipes nothing had changed. I moved on to the deeper set-ups, etc.

#1. thru #3. At the food bucket, some of the food wrappers were on the ground around the base of the tree.???? Other food items still in the bucket. These have been picked at but the rock was in the bucket with the open peanuts bag.???? The rock may have been removed then put back into the bucket.???? 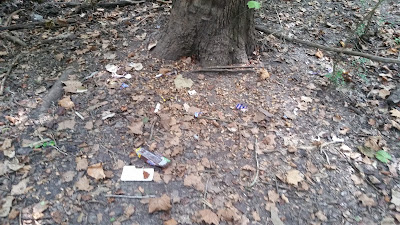 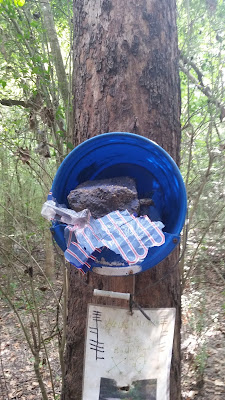 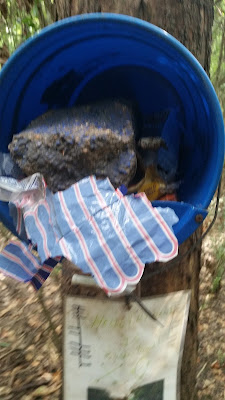 #4. and #5. At the painted white tire, all 3 paint cans which were in the tire opening are now on the ground below the tire. ???? The white paint can has a touch of red paint just below the white cap/lid.???? 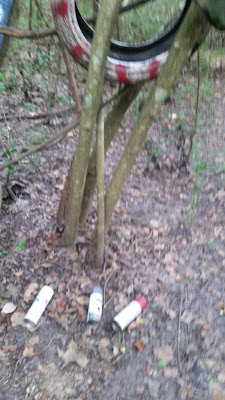 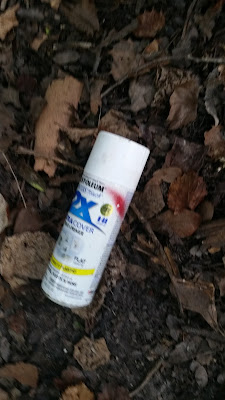 #6. and #7. At the food bucket tree, I had 4 painted blue letters hanging from nails on the tree. One letter had been removed and I couldn't find it. Recently, I moved the 3 remaining letters to the tires trees. I hung them from 3 nails. I also had my balls collecting bag attached to the tree hanging below the letter 'D'.
The letter 'D' was removed from the nail and left on the bag.????? 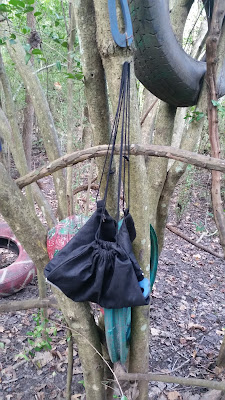 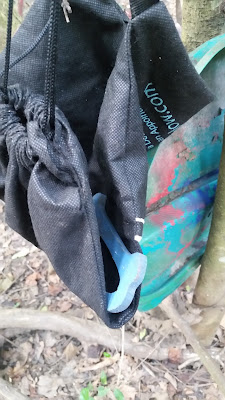 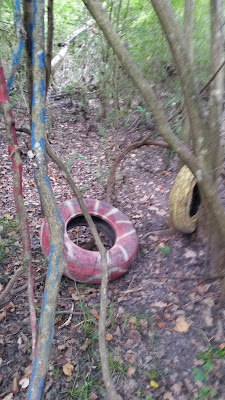 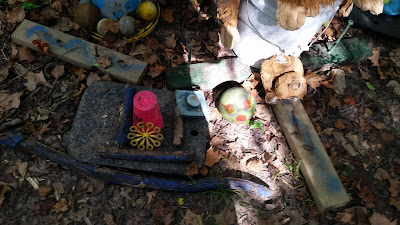 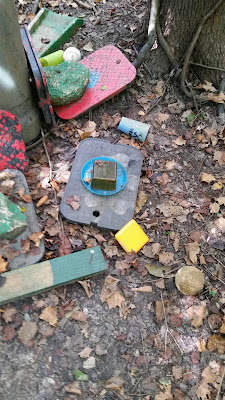 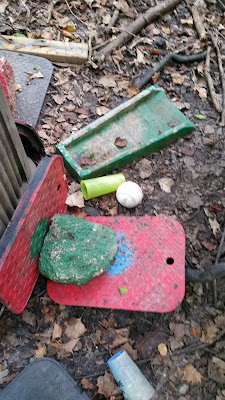 All other set-ups in this area were not messed with. The ground sheet with items laid out were intact. I left all items as found. Maybe more items will have been moved by my next visit. We'll see. I did not bring food items on this short visit. I hope the rock will be removed from the bucket and the rest of the food items wrappers scattered at the base.

#12 thru #14. Items I left in the storage pipe: the 2x4 for knocking my arrival, camp chair, back pack (zipped up tight) with bionic ear-parabolic dish. I've been amazed at leaving whatever amount of items in the pipe I want to and nothing has been taken away. Maybe they have been looked at etc. but never removed from the pipe. 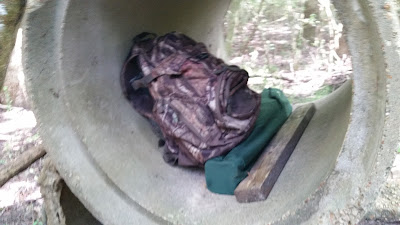 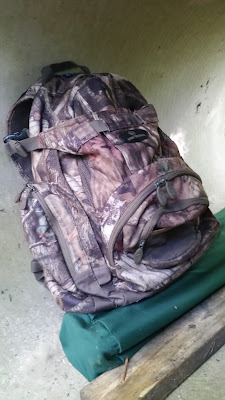 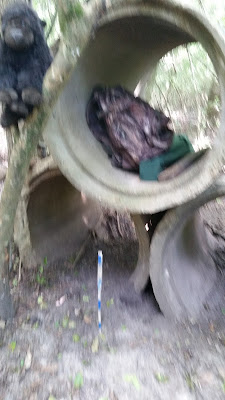 I left the site at 4:55 PM. It seems like something happens on the site soon after I leave. I hope at some point in the fall to spend a full weekend Friday thru Sunday to hang at the site and see what's happening over a 3 day span.