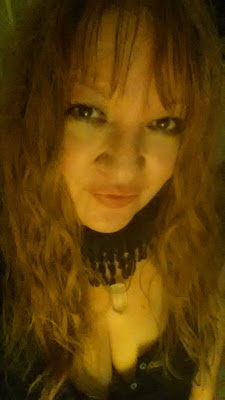 I've been performing seances of various types all my life, but one that I have found to work the most effectively for me is the use of a psychomanteum (theater for the dead) and smoke (incense).


The psychomanteum is set up with a mirror. You sit below the mirror, looking up at it so that you do not see your reflection. The room is dark, except for a soft light behind you (I usually do this in the bathroom and put a lamp with a scarf over the shade into the tub, close the curtain and sit in front of the tub looking up and away into the mirror. I set incense on the counter.

Before I begin, I often look at photos of the person I wish to contact, play music they love, burn incense that is a scent they would love.

In this case, I was working toward making contact with a friend who was a horror/yard haunt blogger, John Wolfe. He ran the blog Season of Shadows and was a very spiritually oriented person who was fascinated with making props and 1960s and 1970s nostalgic vintage Halloween.

When he was passing away several years ago, he said he would do everything to be available for contact.

During this session, I asked him to show himself. When the flash went off, I looked in the area of the room I knew that his spirit was and I saw the face and gasped. Then, I felt a movement, as if he were coming across me, above me, and to the left. I shot off another picture and caught that movement.

My home had no air-conditioning or fans on and doors closed to the bathroom. This was an interesting session. I placed his photo beside the form - it looks as if he is looking down from above in the smoke and then several forms of his face moving along in sequence until you see the final one. 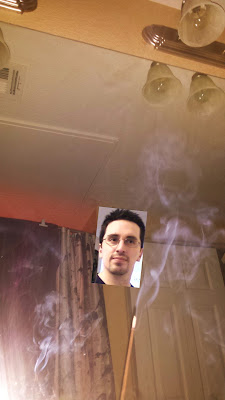 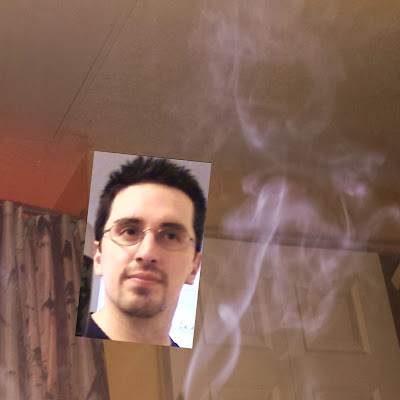 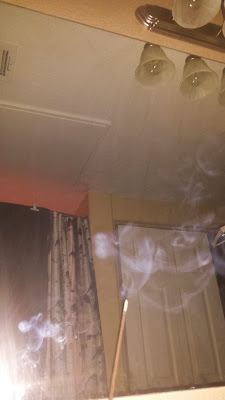 I discuss many of my methods for talking to the dead in my book Adult Halloween: Taking Back the Season! Along with some specific admonishments and constraints.

Is it just seeing shapes in smoke or something else? We can't prove either way, but upon a specific request, when the face formed in the smoke and I saw it in the flash of the camera, I did gasp - it was very clearly a 3-dimensional face to my sight there in the room. It has me wanting to work with smoke more often....