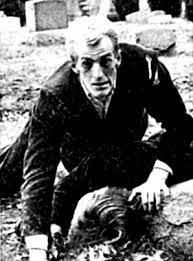 There are hundreds of great horror movies you could watch this month, but there are some that define every aspect of the Halloween month in a way that has made them become classic must-see's this month.

I've broken this down by category so you can enjoy a marathon based on what you're in the mood for.  I also give suggestions for potential foods to serve for the themed movie marathon get together concept!

I have put them in numbered ordered of my favorite to least favorite in each group. If I were to show these, that is the order I'd show them, to be sure the best movies in those themes come first.


*Movie descriptions thanks to my favorite movie site IMDB*

For this theme night - you will want to go Halloween candy, maybe some chili and cornbread inside tiny pumpkins hollowed out.

1.  Halloween (1978) On Halloween night of 1963, six-year-old Michael Myers stabbed his sister to death. After sitting in a mental hospital for 15 years, Myers escapes and returns to Haddonfield to kill.

2.  Trick R Treat (2007) Five interwoven stories that occur on Halloween: An everyday high school principal has a secret life as a serial killer; a college virgin might have just met the guy for her; a group of teenagers pull a mean prank; a woman who loathes the night has to contend with her holiday-obsessed husband; and a mean old man meets his match with a demonic, supernatural trick-or-treater.


3.  All Hallow's Eve (2013) A babysitter finds a VHS tape which features various sinister murders performed by a psychotic clown.

4.  The Barn (2016) Its Halloween 1989, best friends Sam and Josh are trying to enjoy what's left of their final Devil's Night before graduating high school. But trouble arises when the two pals and a group of friends take a detour on their way to a rock concert, finding an old abandoned barn and awakening the evil inside. Now it's up to Sam and Josh to find a way to protect their friends and defeat the creatures that lurk within "The Barn".

5.  Jack O (1995) A long long time ago a wizard was put to death, but he swore vengeance on the townsfolk that did him in, particularly Arthur Kelly's family. Arthur had done the final graces on him when he came back to life as Mr. Jack the Pumpkin Man. The Kellys proliferated through the years, and when some devil-may-care teens accidentally unleash Jack-O, young Sean Kelly must stop him somehow as his suburban world is accosted and the attrition rate climbs.

For this era of movie night, I'd consider something fun and interactive like fondue or possibly my white pizza dip (mix a packet of Knorr herb and garlic seasoning for pasta or any herb and garlic seasoning packet for steaks, etc - mix with 8 oz sour cream, 8 oz ricotta, diced pepperoni, and almost all of 8 oz of mozzarella - save some to sprinkle on top. Bake in dish 350 x 30 mins and serve with torn up chunks of Italian or french bread). Haystack cookies might do well too!

1.  Creature From the Black Lagoon (1954) A strange prehistoric beast lurks in the depths of the Amazonian jungle. A group of scientists try to capture the animal and bring it back to civilization for study.

2.  The Wolf Man (1941)  A practical man returns to his homeland, is attacked by a creature of folklore, and infected with a horrific disease his disciplined mind tells him can not possibly exist.

3.  The Mummy (1932)  A living mummy stalks the beautiful woman he believes is the reincarnation of his lover.

4.  Frankenstein (1931) An obsessed scientist assembles a living being from parts of exhumed corpses.

5.  Dr. Jekyll and Mr. Hyde (1931) Dr. Jekyll faces horrible consequences when he lets his dark side run wild with a potion that transforms him into the animalistic Mr. Hyde.

I think for this theme evening, I'd consider an assortment of foods served in a body - 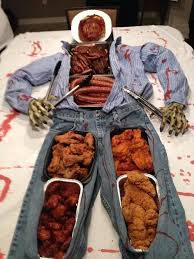 1.  Night of the Living Dead (1968) A group of people hide from bloodthirsty zombies in a farmhouse.

2.  Dawn of the Dead (1978) Following an ever-growing epidemic of zombies that have risen from the dead, two Philadelphia S.W.A.T. team members, a traffic reporter, and his television executive girlfriend seek refuge in a secluded shopping mall.

3.  28 Days Later (2002) Four weeks after a mysterious, incurable virus spreads throughout the UK, a handful of survivors try to find sanctuary.

4.  Shaun of the Dead (2004) A man decides to turn his moribund life around by winning back his ex-girlfriend, reconciling his relationship with his mother, and dealing with an entire community that has returned from the dead to eat the living.

5.  Fido (2006) Timmy Robinson's best friend in the whole wide world is a six-foot tall rotting zombie named Fido. But when FIDO eats the next-door neighbor, Mom and Dad hit the roof, and Timmy has to go to the ends of the earth to keep Fido a part of the family. A boy-and-his-dog movie for grown ups, "FIDO" will rip your heart out.

6.  Zombieland (2009) A shy student trying to reach his family in Ohio, a gun-toting tough guy trying to find the last Twinkie, and a pair of sisters trying to get to an amusement park join forces to travel across a zombie-filled America.

For this theme night, I'd suggest s'mores and other campfire foods including hot dogs cooked over the fireplace fire and hot cocoa for tale telling

1.  The Fog (1980) Legend says that Antonio Bay was built in 1880 with blood money obtained from shipwrecked lepers but no one believes it. On the eve of the town's centennial many plan to attend the celebrations, including the murdered lepers.

2.  Night of the Scarecrow (1995) A group of drunk teenagers accidentally set free the spirit of a warlock, which possesses a scarecrow. The scarecrow goes on a bloody rampage killing the descendants of the men who had killed the warlock a century before. A newcomer and the daughter of the mayor try to stop it before it is too late and the warlock can reincarnate....

3.  Campfire Tales (1997) A group of teens entertain themselves by telling an anthology of famous urban legends with a modern twist; including make-out-point, monsters, psychopaths, and ghosts.


4.  Darkness Falls (2003) A vengeful spirit has taken the form of the Tooth Fairy to exact vengeance on the town that lynched her 150 years earlier. Her only opposition is the only child, now grown up, who has survived her before.

5.  Pumpkinhead (1988) After a tragic accident a man conjures up a towering vengeful demon called Pumpkinhead to destroy a group of unsuspecting teenagers.

For this classy theme night, I think I'd want to do tea sandwiches, tiny cakes, and hot teas (with booze to add) and chilled sherry and port.

1.  The Haunting (1963)  A scientist doing research on the paranormal invites two women to a haunted mansion. One of the participants soon starts losing her mind.

2.  The House on Haunted Hill (1959) A millionaire offers ten thousand dollars to five people who agree to be locked in a large, spooky, rented house overnight with him and his wife.

3.  The Changeling (1980) A man staying at a secluded historical mansion finds himself being haunted by the presence of a spectre.

4.  The Amityville Horror (1979)  Newlyweds move into a large house where a mass murder was committed, and experience strange manifestations which drive them away.

5.  Paranormal Activity (2007) After moving into a suburban home, a couple becomes increasingly disturbed by a nightly demonic presence. 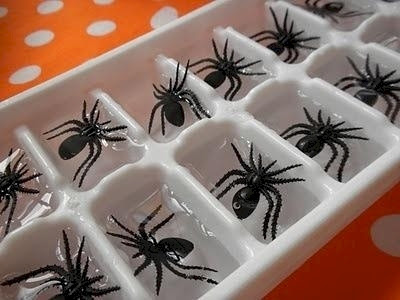 For this theme night party, I'd consider doing all the campy Halloween foods including the old plastic spider in an ice cube trick and pumpkin barfing guacamole. Serve up gummy worms and candy eyeballs too. 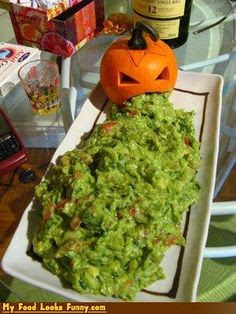 1.  Hocus Pocus (1993) After three centuries, three witch sisters are resurrected in Salem, Massachusetts on Halloween night, and it is up to two teenagers, a young girl and an immortal cat to put an end to the witches' reign of terror once and for all.

3.  Creepshow (1982) An anthology which tells five terrifying tales based on the E.C. horror comic books of the 1950s.

4.  Beetlejuice (1988) A couple of recently deceased ghosts contract the services of a "bio-exorcist" in order to remove the obnoxious new owners of their house.

5.  Troll (1986) A wicked troll king in search of a mystical ring that will return him to his human form invades a San Francisco apartment complex where a powerful witch lives.

For a monster-theme, I think I'd serve BBQ ribs and eat like carnivores. Consider some red velvet cake for dessert....

1.  Trollhunter (2010) A group of students investigates a series of mysterious bear killings, but learns that there are much more dangerous things going on. They start to follow a mysterious hunter, learning that he is actually a troll hunter.

2.  Tremors (1990) Natives of a small isolated town defend themselves against strange underground creatures which are killing them one by one.

3.  Predator (1987) A team of commandos on a mission in a Central American jungle find themselves hunted by an extra-terrestrial warrior.

4.  The Howling (1981) After a bizarre and near fatal encounter with a serial killer, a television newswoman is sent to a remote mountain resort whose residents may not be what they seem.

5.  The Incubus (1982) In the small New England town of Galen, a young teenage boy claims he has dreams of young women being brutally raped and murdered. A doctor and the local sheriff discover that the boy's dreams are real and that a sinister occult might be behind the brutal murders.

6.  An American Werewolf in London (1981) Two American college students on a walking tour of Britain are attacked by a werewolf that none of the locals will admit exists.