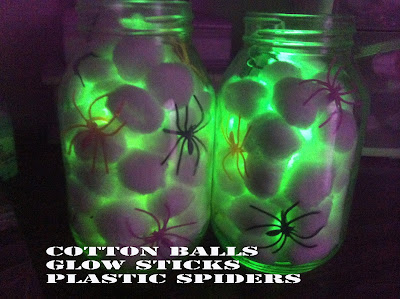 It's the season of glow sticks, but they aren't just sticks to put inside a pumpkin or around one's wrist anymore. They are now the cheap and easy product to make everything hauntingly cool! Here's a ton of ways to use those bags of glow sticks and make easy, impressive, and inexpensive crafts -

Glow sticks are epic in their unlimited fun - 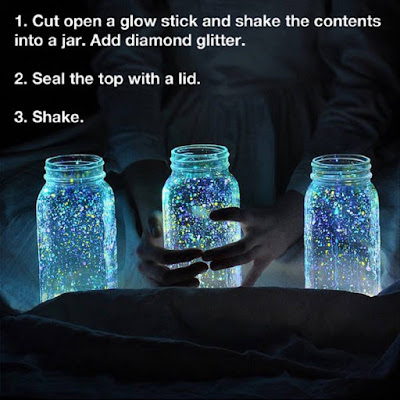 Doll heads? Remove the eyes and have fun! 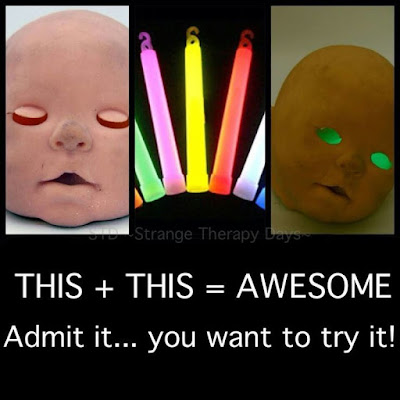 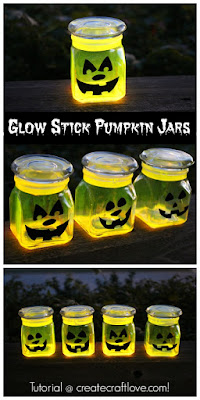 These glow pumpkin lights above are described here (LINK). 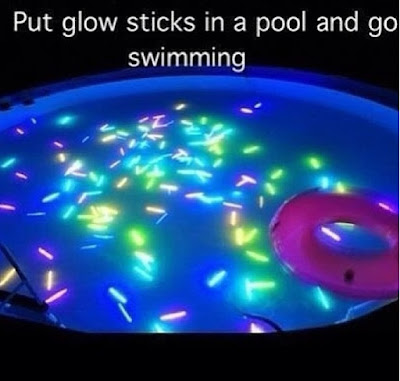 This would be an awesome touch to front porch steps - 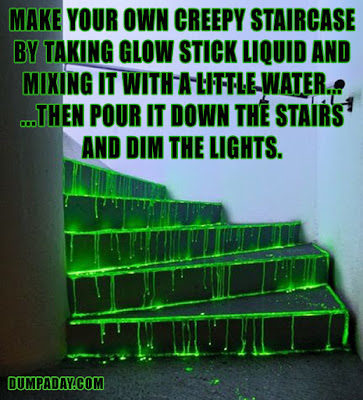 Toilet paper interior rolls or cut up paper towel rolls, scissors, glow sticks, and some bushes to put them in - 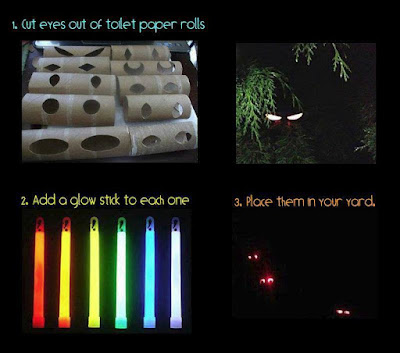 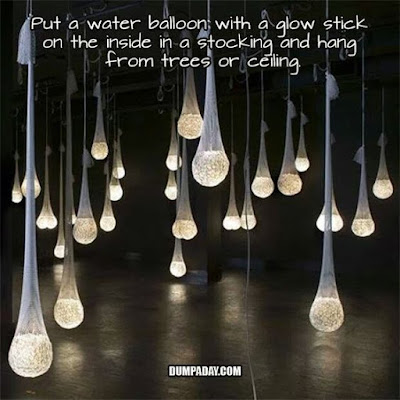 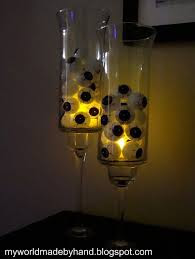 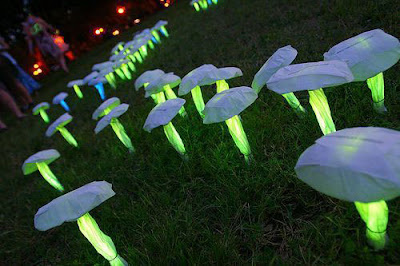 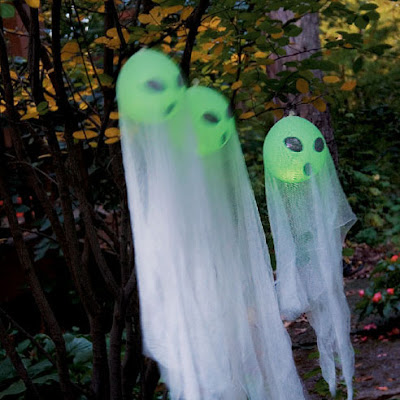 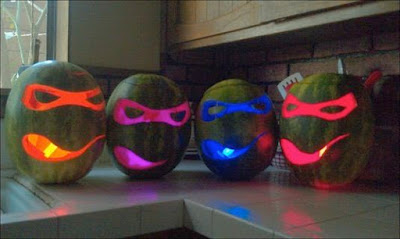 You can attach them to an outfit to become a moving stick figure like the video above, or you can incorporate them into a costume like this - 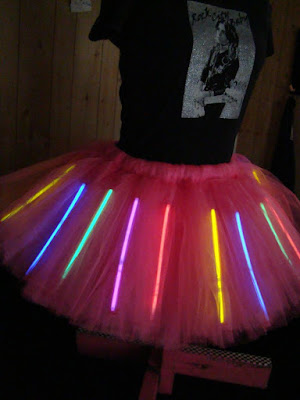 White jugs take on a new life with glow sticks - 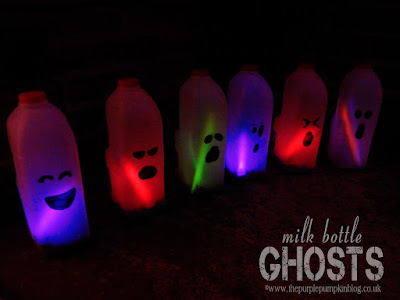 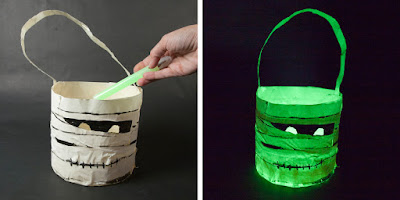 If you're having an event, cut a styrofoam ball in half and work the glow sticks into it for a centerpiece - 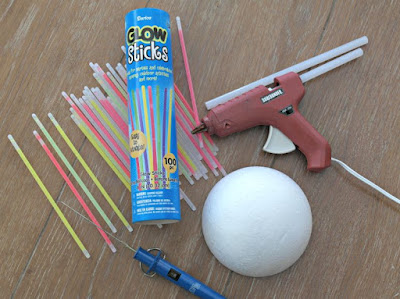 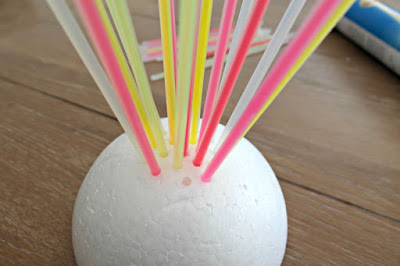 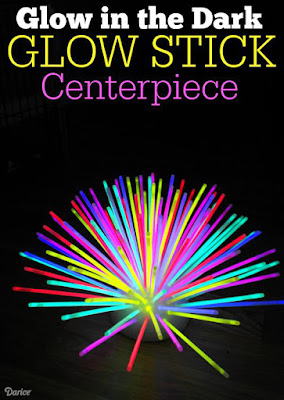 Put a glow stick inside a latex glove, blow it up, tie it off, and float it in a bowl of murky water. I personally would consider put green glow sticks in the bottom of the water pan with rocks around them to make the rocks and water glow.... 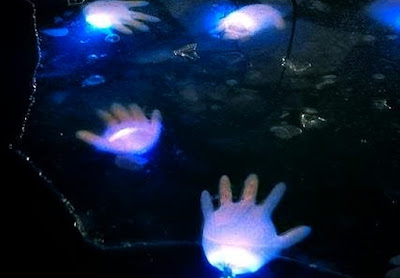