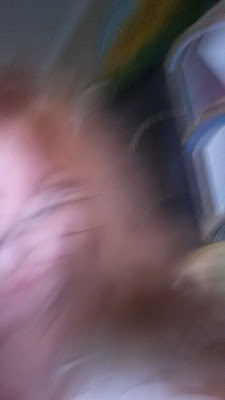 What is going on?


1. Mocking. It could be as simple as mocking. Remember when you were a kid and your sibling would say "stay out of my room!" and you'd mock them "stay out of my room!" Then they would say "shut up!" and you'd say "shut up!" We have no way to tell mocking except perhaps in other signs of aggression or perhaps obvious tones to the voice that sound sassy.

2. You are only picking up one or two of the words that were actually said. It could be that with whatever method voices are placed down on the recording device, it is temporary and so we are only hearing a portion of it. Remember when you talked to someone with a bad reception for their phone and you heard every few other word?

3. The living person doing the speaking was using unconscious PK to project a voice onto the recording unit by accident. Psychokinesis (PK) is the ability of the mind to control movement of objects and it is believed to also work with making a thought show up in a photo or a voice on a recording. We cannot assume anything about how EVPs occur, but if a person were to be thinking and speaking, they may cause a sort of delay in laying down a voice so that part of it repeats itself as they are thinking. They may have no idea they have the ability to put a voice to recording with thought, but such a latent talent may have little control or finesse.

4. Someone in another realm heard only part of what you said and repeated the words they just heard.  Have you ever walked up to some friends having a conversation and caught the tail end of it. One friend might be saying "...two of them came down." And, you puzzled by the talk repeat "two of them came down?"

6. It could be an attempt to show they are there. What if you were on a phone with someone and they were cutting out. You might repeat the last thing they said, "Look for me around that time." You respond, "what time?" You didn't have enough information to understand their statement.

7. In the right conditions, an event, such as you speaking, can be picked up on a recording unit a few seconds later in our time. This would be a time delay of unnatural means. If we are set in time because of the very frail nature of biological life, perhaps life that does not depend on physical form does not adhere to a concept like time. It might be that whatever doorway is opened by an EVP being laid down also allows for what you said to be recorded twice from time "skipping."

Whatever the reasons for parroting/echoing, it is a pretty common phenomena not many researchers discuss and yet because of its universality, it might be a clue to the phenomena of EVPs in general. It is definitely worth testing and finding the conditions in which it occurs - physically in the environment, in the emotions of the researchers, in the geomagnetic solar activity, and more.