The Top 10 Freakiest Phenomena of the New Millennium 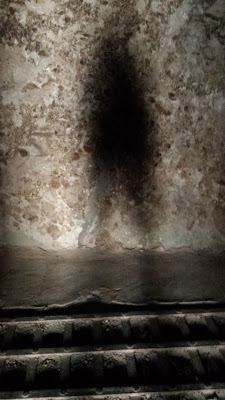 Some phenomena occurs for decades, maybe even reported centuries ago, but it doesn't take hold in modern day reports until more recently. Other times, a phenomena seems to have come out of nowhere and caught our notice.

Since the year 2000, there have been some pretty freaky things happening around the world that have us all shaking our heads and wondering - could something be trying hard to get our attention?

Let's look at the top 10 most newly reported phenomena (no particular order) since the new millennium; all of them equally chilling -


People from all over the globe have recorded these sounds and they have been compared to everything from squeaking car breaks to angel trumpets. And, they do stop folks in their tracks. As well, things like sonic booms for no reason have been reported.

As of yet, no worthy explanations, although some report they think it has to do with the HAARP antennae array in Alaska or that the Earth's poles are switching.

Flying humanoids have been sighted over Mexico and the American Southwest mostly, although some other countries have reported them.

What are these freaky things? Well, they seem to fly of their own accord and hover, but appear to have no mechanisms to fly themselves and have a strangely humanoid look to them.

Mexican citizens often call them bruja "witch" and it's an accurate description, given their sort of witch on a broom look. They could not be more awkward in the air and yet many have filmed and photographed them. 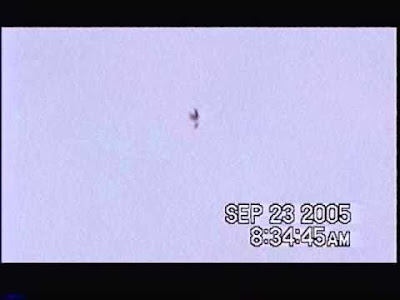 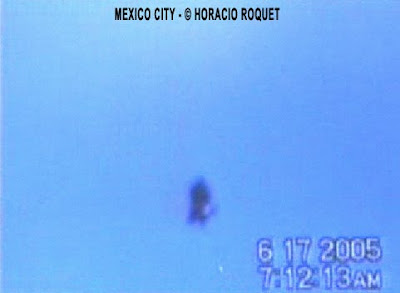 If this subject interests you, I suggest the Ken Gerhard book, Encounters With Flying Humanoids, Mothman, Manbirds, Gargoyles, and Other Winged Beasts. 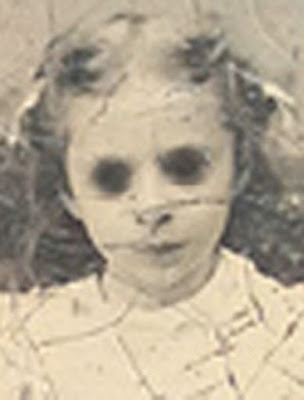 I have written about these freaky finds on here recently in THIS POST.  They seem to follow a similar pattern. They are wandering around or standing around a public place perhaps, maybe a roadway, or even at your front door, asking for assistance, but being shy about showing their eyes. They seem rather mechanical and soul-less and their behavior is most odd. They also are associated with a sense of dread and doom as if their very energy is negative.

This phenomena is relatively newly reported and chilling. There is a great deal of conjecture about them being the ghosts of dead children, elemental beings, demons and other. I discuss them all in my post link above.

If you want to know more, I suggest you read Black-Eyed Children by David Weatherly.

They are most often reported as about 3-4 feet tall, although there are some person-sized ones report and even very tall ones. The description is similar to all, in that these beings have no features at all, are just a human-shaped figure, devoid of any features or details, utterly and completely black.

They are seen anywhere, from inside businesses, modern homes, parks, cemeteries, and roadways. They are most often seen first out of the corner of the eye and when you turn to see them, they are gone or they rush away as if scared they were caught.

I discuss my own chilling theory on what these are in THIS POST. I have come to think of them as a 3-dimensional "shadow" of a further-dimensional being.

If you're interested to know more about shadow people, I suggest this book - Darkness Walks: The Shadow People Among Us by Jason Offutt.


Random clowns wandering around various cities is both amusing and terrifying at the same time, as no one knows who these people are in costume or what they plan to do. They aren't paranormal, but they are a strange new phenomena of this era. No matter how you look at this odd and quirky phenomena, it really hits a note with everyone.

Imagine seeing this on a street corner one evening, or possibly on your CCTV of your home's security camera. 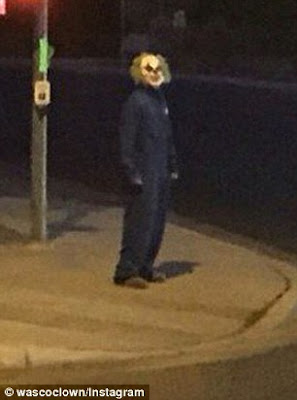 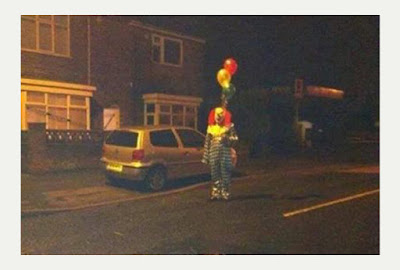 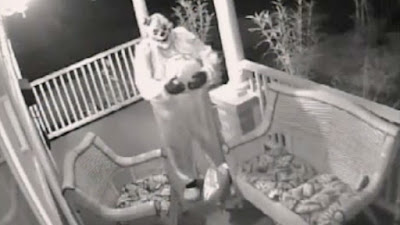 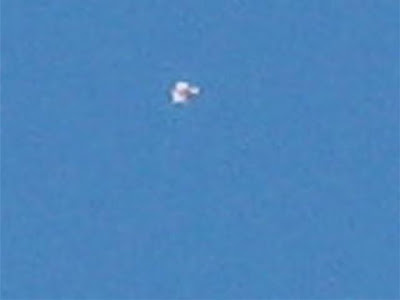 An August 2008 sighting my family and me had in Phoenix - silent and steady movement going south to north above I-10 Freeway area in Ahwatukee.


Saucer UFOs and blimp and cigar-shaped ones have been passe, reported for many decades. But, triangular ones are being seen more often these days in widely growing numbers. In March 1997, during the Phoenix Lights event, one reported vehicle overhead was chevron shaped. Although, as with most UFOs, a lot are seen over the Western US, it seems triangle UFOs are a worldwide event.

For my logical mind, a triangle seems like a vehicle built for our atmosphere and to be aerodynamically best, so likely our own craft. But, there is always doubt when it comes to vehicles in the sky - one never knows who built them or why.

If you're interested in this subject, I'd suggest the book, Triangle UFOs: An Estimate of the Situation by David Marler.


7. Cities in the Clouds Phenomena

This phenomena caught on video has been seen in other places before and is referred to as fata morgana. It is an optical illusion caused when rays of light are bent over temperature variations in the atmosphere. It creates a replicated image of something on the ground or it can make something on the ground appear to levitate. It is a form of mirage, but it is becoming more common, it would seem. Perhaps any changes in the overall climate of the earth could be creating better conditions. 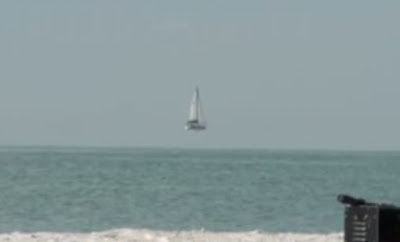 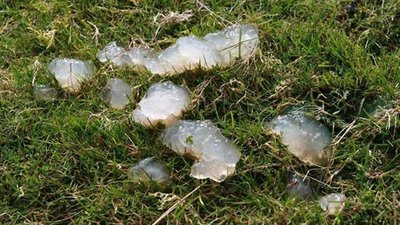 This very odd phenomena is referred to sometimes as Space Goo or Star Jelly. It is a gelatinous substance that falls to the earth and its origins remain rather curious. Some believe it to be deposited by meteorites, others think it's some natural earthly organism that swells up during a rainfall.

It began with the Norway spiral in the sky, a most amazing display and very surreal. It certainly shook up some folks. The explanation was a Russian booster rocket launch. Another booster did it over Australia. Although many have wanted to see these strange lights as a potential portal opening up in the skin, it would seem the worldly explanation has won out with popular belief. 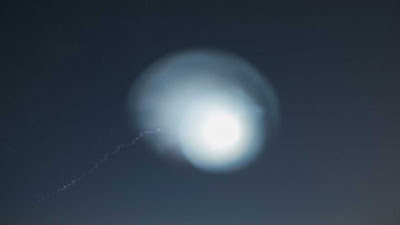 This beauty, above, was in California where a trident missile had been launched.

More often than not, these strange lights in the sky are rockets or meteorites hitting the atmosphere. In these days of more and more countries having missiles and rockets, don't be surprised to see more end up in the news feeds. 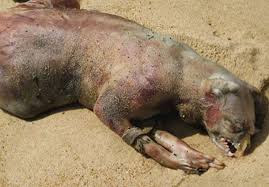 Although we call some of these carcasses that washed ashore "cryptids," we really don't have a definitive explanation for some of them. Others, we can make conjecture it might be a raccoon or some rare type of whale, but most are left quite open-ended in their explanations.

Plum Island "Montauk Experiments," in New York come to mind for some as an explanation for a few that have washed ashore in that area. It is a military experimental facility on an island thought to have given us Lyme Disease, and possible mutant animals. 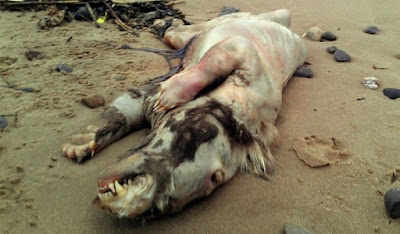 Some of these have been satisfactorily explained as types of whale and such, having degraded on the beach, yet others leave us quite baffled. 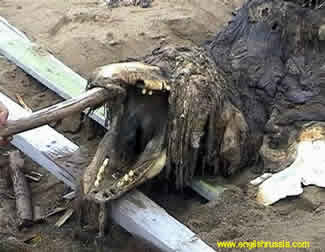 If you're interested in this subject, I suggest the book Beyond the Philadelphia Experiment and Montauk Project by John Pleek.

There are plenty of other oddities being reported these days, including Slenderman. Since it began with an urban legend spread around the internet, it was born of myth, so I am excluding it from the list.

The interesting thing about the items on this list above is that, in this day and time, every person is a reporter with a still and video camera on their cell phones, so much is being captured than ever before.

There are likely more interesting things coming forth including increased reports of the "little people," "fairies," "elves," and even 20- to 30-foot tall trolls. Reptilian encounters are increasing, as well. We will see if these encounters become more commonly reported or just the rare oddity.

For the most part, it seems more things are crossing over and letting themselves be seen in our realm, or perhaps we are becoming more attuned to perceiving them as we move well into the computer era, utilizing our minds and eyes in different ways.