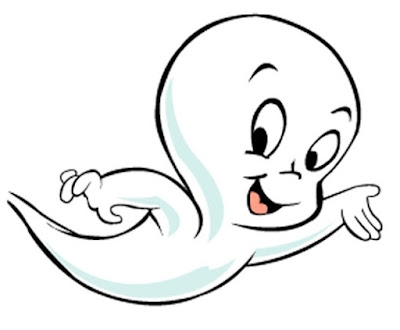 Given some popular ways of viewing ghosts, I have to wonder if a few investigators these days learned their ghost knowledge from Casper.


Oh, you know, the sad little ghost of a child who died but he scares everyone away. He's lonely and just wants some friends. And, he's attached to a particular building, seeming to be trapped in our world.

Hence, we have a lot of investigators these days reporting that the dead don't know they're dead, they're lonely, and they are attached to locations. Sadly, these explanations get passed around without question.

If we simply shift our point of view from our own mortal projections to the eternal sector, we begin to understand better how that realm likely works.

Perhaps the hardest thing about being a living person contemplating the dead is that we project our own fears and worries upon the spirit realm.

We tend to see ghosts as invisible people; that they can be lost, confused, or even trapped.

We imply how being separated from our loved ones would be awful, how we would want to go home, and we would have unfinished business. Once again, this is the perspective of mortals, not immortals.

Unencumbered by the issues we have among the mortal, souls are free to exist at a different level. We might get interactions with them upon occasion because, well, we share a space of sorts. And, as we are spirits with a physical form, we can call out to them.

We are still united by the inherent connectivity of souls.

As reports from those who experienced near-death confirm over and over again that there was a sense of unconditional love and connection to everything, a soul will always be bound to all souls - even those bound in mortal form here on Earth.

Perhaps the closest way we can understand conversion to pure soul state unencumbered by flesh is this comparison: As a baby we were one way, then we learned to walk and talk and we were another way, and by the time we are 55, we are nothing like that baby we once were. We have a vastly different life. We do not identify with that baby any longer. We have moved on.

The soul is the motivator for surviving physical existence. It does not age. Hence, a child's soul would not be subject to the short length of maturation here on the Earthly plane. It would be on equal playing ground in the afterlife.

Child ghosts are the ones that tug at our heart strings. We got to live out a long life, but what about a 4-year-old? An 8-year-old? A 14-year-old? So little experience here on the earthly plane, and separated from their parents and families!

We once again, project much onto the child spirit realm of our own mortal point of reference.

One of the most often heard things on investigations is child voices or laughter. Child spirits are said to haunt many places. It may not necessarily be that more child souls haunt places, but that children were more likely to leave an impression.

As a psychometrist, I would say that children lay out a good deal of "tags" to these locations where their happy energy and laughter, play and strong spirits can leave an impression with some staying power. The purer an emotion, the more it seems to leave an impression on a building.

A theater may not be necessarily haunted because of emotions performed on stage, but a person in genuine pain, anger, joy, or love can leave quite an impression on a place, a sort of soul beacon or marker.

Crybaby bridges are a popular haunted feature associated with children. They are said to be bridges where a child died by accident or was killed. They can be heard on the bridges crying out, sometimes tossing back a coin when it's tossed over the side, or trying to get a ride in a car. A great many locations boast of having a crybaby bridge. This theme tugs at us symbolically, as there is no greater chasm than the one we must span between this realm and the other.

That's just one kind of child ghost popularly reported. Many investigators bring balls with them to a haunted location, trying to get a child to engage in play. The issue with this, however, is that one cannot ever prove it was a child ghost that moved the ball, but it is implied by context.

In one hotel my co-author and I stayed at, Copper Queen in Bisbee, Arizona, we had what could have been a child ghost lift up my ventriloquist doll, remove the hat, and place it under him while we were having a short seance pendulum interaction with what seemed to be a child ghost. Of course, we can never know just what was doing this, but we do know for sure it happened.

In fact, we may be attributing child ghosts for things done by other entities or explainable phenomena.


Would child ghosts be particularly more
prevalent than adult ones as far as wanting to linger? No. Not really.

We have to look at it this way - as mortals, we have a shelf life. We think of everything in terms of time - yesterday, today, tomorrow, birth, childhood, adulthood, old age, death....

We should not view our spirit as having an age. A child ghost is no different than an adult ghost in that spirit was released from body and spirit is eternal both before your birth and after. Spirit has always been part of the universe. The mortal time is when spirit wears a baby body, a child body, a teen body, etc....

Why do people hear or see child ghosts? There are a lot of possible reasons for it.

One reason is that we can only perceive what they had been in mortal form, as we are not equipped to see spirit form, as it has no physical content.

Another possible reason is that child ghosts reportings are residual hauntings of events from the past, children's voices laughing in a hallway, a child apparition standing near a window  - all events from the past replaying and we occasionally can perceive them.

One other possibility is that spirit projects the physical form it had when it was on this earthly plane. It shows itself as child, adult, elderly, whatever age they were upon death. It may do this in order for us to perceive them. You certainly would not recognize grandmother if she showed herself as a youth.

A few people who had near-death experiences described seeing a relative that had died as a baby or even a fetus, but they saw them as an adult. Once again, with no point of reference for a mortal to understand an encounter with spirit, having a physical presentation is part of perceiving them.

Now, let's have a look at how child ghosts are portrayed in the movies - 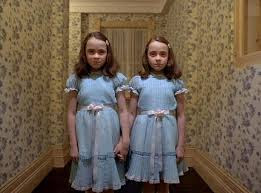 The Shining
These twin ghosts presented themselves to the psychically sensitive kid in the movie. This is pretty real. Kids are totally open to what can exist in the world. They live in fantasy. A cardboard box is a sports car. A blanket is a tent. 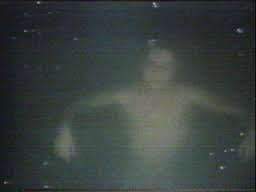 
In the 1980 movie, "The Changeling," the child ghost was a vengeful one. He had been murdered by his father because of his infirmity and replaced with a healthy child adopted in Europe. In this ghost kid's case, he was playing on the emotions of a father who recently lost his child in order to get his deed done. The child ghost in "The Awakening" was stuck in a place and time. He died young in the home and all he wanted was his mother with him (head mistress of the school that is now in his prior home), and his sister who survived when he was shot to death. This child ghost simply wants to play forever in the halls with his sister and his mother at his side. 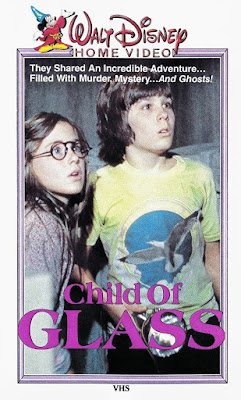 
This Disney movie involves a Creole girl ghost bothering a boy to solve a riddle or she will bug him forever. This is a case of a ghost wanting a human to complete a task for eternal rest.


In this movie, a girl ghost seems to be part of a curse upon those who watch a videotape. Once again, an agonizing death and still tormented on the other side. 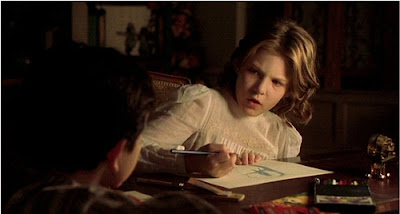 In this movie, two children live with their mother in a lonely estate. Ultimately they have no idea they are the ghosts. A classic case of - they-don't-know-they're-dead type of ghosts.


In the case of child ghosts, they seem to follow the same patterns as adult ghosts. That they are presented to us in child form is much like the adult ghosts being seen in that form. All of this might be tied to the part of us that recognizes ghostly activity interpreting the ghost as it had been upon earth.

Psychic mediums use this skill often, able to describe the physical form of the deceased. We may be simply interpreting the information in the environment that psychics also tap. Under the right conditions, we experience recognition of ghostly activity and with that recognition comes all the same ways of gaining that information that mediums use.

We may not have defined how a true psychic can read information in an environment, but as a psychic myself, I can honestly say there is more to our senses than we know and we gather info in ways we haven't tied to a particular body part, like eyes, ears, skin, nose, and mouth. We may come to find that geomagnetic storms caused by solar flares might be the activating factor to make the "average joe" a medium momentarily.

It may be in our nature to be particularly parental toward children, but those are mortal children with all their inexperience, weakness and need for protection.

I feel very confident that a child's soul does not need any special gentle treatment than any other soul. We are all related in the immortal plane and, so long as we recall that when dealing with all ghosts, the response should be genuine and heartfelt.