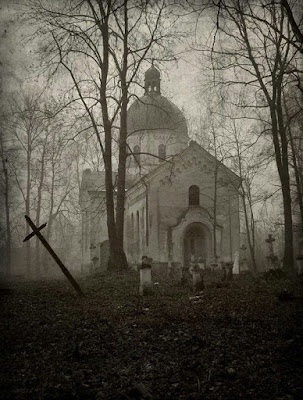 I'm ushering in the spooky season with some photos of abandoned places and short flash fiction beneath to give my readers an afternoon thrill. Enjoy! 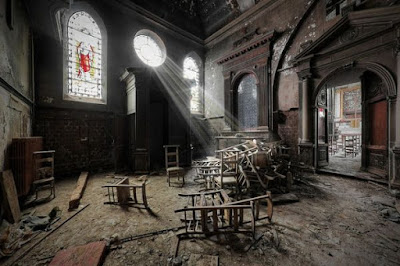 Along a dusty untraveled road sat the decaying skeleton of a once grand church.

The curious wanderer stopped at the entrance to squint into the darkness.

"Come in," spoke a disembodied voice. "Come, boy, don't be afraid. We have cast out all the sinners. Repent boy and join our legion in the ether of this cathedral." 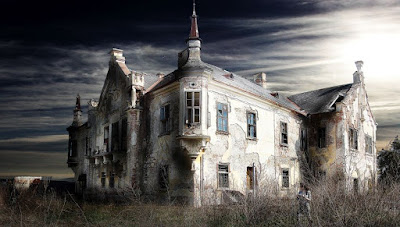 The mental ward shut down and the exhausted and financially strapped owner opened the doors and let the patients free.

They wandered the marshes around the bay, some finding shelter under a suspension bridge, others being captured by the townsfolk and sent to other facilities.

But, the stubborn ones remained in the facility's pantry, determined to stay no matter what.

One day, months later, the bank sent someone to slap a sign on the door. The curious worker entered and poked around looking for some expensive bauble he could steal. But what he didn't expect were the hungry feral residents hiding behind the pantry door.... 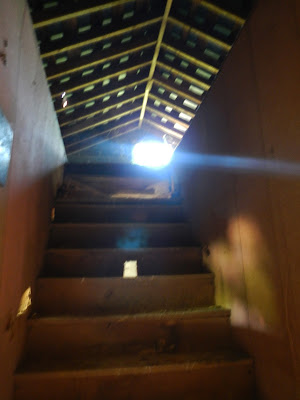 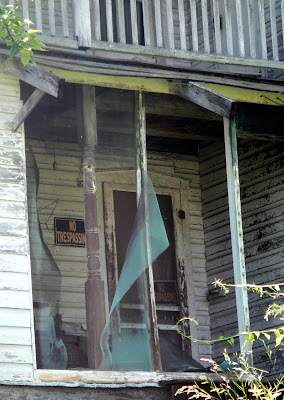 He hated kids. He loved dogs.

Wild dogs. Ones that would chase the neighbors away. He'd feed them raw meat on Wednesdays. That is, if they hadn't caught anyone to eat. 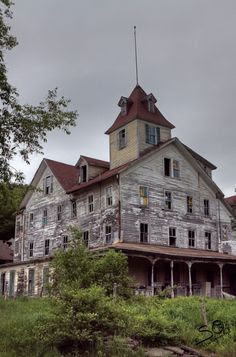 A single candle glowed in the attic window each night. Shadows moved within. When the light went out, the chanting began. And continued until dawn... 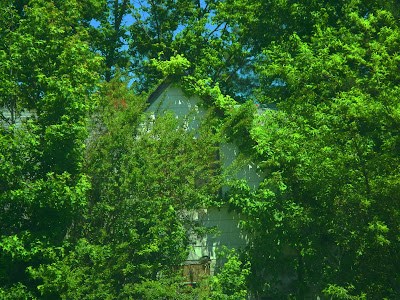 She had four handymen over the years and yet nothing looked improved to the neighbors. Come to think of it, no one had seen the caretakers either....