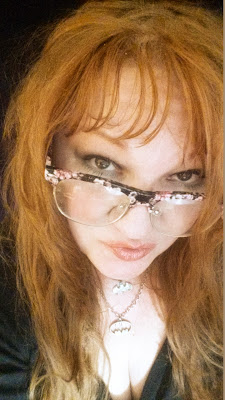 I'm not always popular with other ghost investigators.


I don't believe in attachment, demons, possession, and other concepts that open the door for them to delight at being "heroes" or push their expensive remedies.

I don't push incompatible faiths' ceremonies on someone who does not have that belief system.

I make the client deal with their own energy, their own beliefs, and the fact that every one of us human beings (carrying a soul) has been wearing the ruby slippers the whole time.

The power was always with us.

I don't look at someone and tell them they're a victim and I can make I all go away with a prayer or holy water.

No, the power is always with the person and tapping their own potential to own their life, own their energy, own all the tools they have inside of them as a spiritual being having a human life. 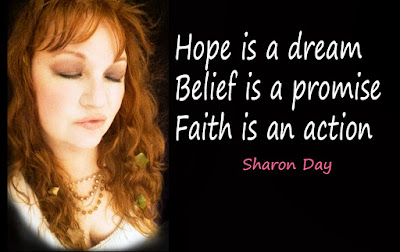 Practicing spiritual terror on people without a license is used by the weakest of investigators! They learned their ghost investigating skills from sensational TV shows and other investigators propagating harmful nonsense.

Sometimes their agendas are purely to confirm for themselves that their faith is correct and Evil is some entity that lurks outside of us and only those of faith can defeat it. It becomes a dramatic along the lines of faith healing and dancing with snakes. The problem is, the person living in the home must also have that same faith or it falls absolutely flat. 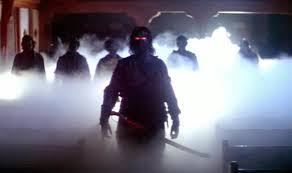 It's a term I coined long ago and it has a few applications.

Scapeghosts are the focus of a family or individual who does not want to deal with a very real problem in the dynamics of the family or in the emotional and mental world of the individual, and instead looks for a "real world" embodiment of all that is against them so they can point to it and say, "this is why everything is screwed up."

Scapeghosts also create a situation in which a family, not wanting to deal with say, a problem child or mental illness in a member, can gather together against something else, as they are not comfortable dealing with the individual. Instead of being separated by the real issues going on, they can join together against the "culprit."

In individuals, this takes the form of being preoccupied by what is going wrong in life and believing they have an attachment or a curse. Instead of dealing with the real things that have been going wrong and maybe having to assert, confront, rehab, or get help, they can say they are the helpless victim of an unseen force. They gather attention from others by calling on lots of ghost groups and psychics.

The same sort of mental loop is seen in people who are hypochondriacs who don't want to deal with pertinent mental and emotional issues, but need something "out there" and "physical" wrong. In a way, it makes them feel they have a legitimate reason for their feelings that is acceptable versus a personal weakness, mental issue or emotional chaos.

In terms of scapeghosts, the focus is on invisible tormenters instead of physical ailments.

The reason I no longer deal with residents if I can help it is that I am entering into a family dynamic, mental illness, criminals, people hooked on drugs and alcohol, with serious emotional issues, and it is not brought to the table. This endangers me as well as the individual or family that needs professional help.

Ghost investigators and psychics can throw all the sage and holy water, blessings and such on troubled families and individuals, but they will not heal it. These people will continue on looking for more and more people to suck into the scapeghost situation. If I hear someone has called on lots of help before I come along, I realize they want a certain reaction and they are not receiving the attention they desire. I refer them to mental help counseling.

The truth is, no matter what ghostly activity might or might not be occurring in a home, the individuals within needs tools for coping and reframing their situation and addressing underlying real issues. The very emotional and mental milieu of untreated problems can cause a vulnerability that makes energies and activities to crop up. When people get good coping skills and redirect their attention to their lives instead of the unseen, the activity abates.

There is a direct connection between the energy we put off with emotional and mental issues and the amount of activity in a home.

Even if a person is facing a truly unexplained series of events, the way they handle it says their state of mind. Those who are falling apart and terrified and full of dramatics, says they do not have a skill set to handle life because life throws crap at you all the time.

Build up the life skills and you build up the tolerance and when you are impenetrable to being influenced by the unknown, it strangely vanishes....


The Confessions of a Feng Shui Ghostbuster by Anna Maria Prezio

Growing Up With Ghosts by Sharon Day (my book)