Artist in an Apartment and Art Movies 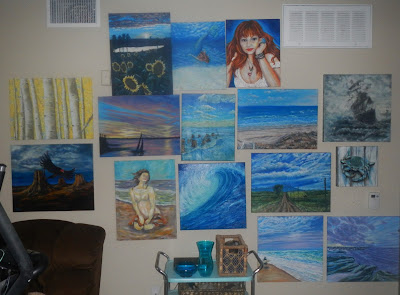 For all the artists out there struggling with work space, I started a playlist of videos on my YouTube Channel that shares how to be an artist in an apartment (link below)


I share lots of the paintings I'm working on for my shop. The shop is a mix of my oil paintings, vintage items, and other crafted and macabre offerings. I will be expanding it this summer with some more spooky themes like creepy doll heads and HellFire - a ghost head. I also will be adding some bohemian-beach type items. I am sharing how I craft ghost mirrors on this channel, as well as scarecrow heads, mannequin heads, and more! 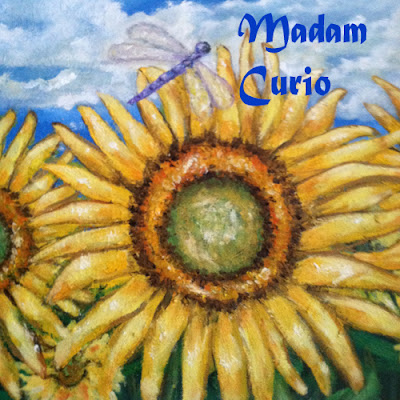 If you love beach lifestyle, food, artist lifestyle, resorts, sand and surf, be sure to join my group on Facebook  - Bohemian Beach -

There are a lot of sides to me, but they all makes sense when I put them together in action. I am all about giving a new view on a subject produces a novel interpretation. Whether I am discussing all the matters of the unexplained or art, I am seeing the nature and beauty of how it all works and all the ways you can approach it and embrace it for the wonders of nature that they are.

In Dreams:  The housewife Claire Cooper is married with the pilot Paul Cooper and their little daughter Rebecca is their pride and joy. When a stranger kidnaps a girl, Claire dreams about the man but Detective Jack Kay ignores her concerns. But when Rebecca disappears during a school play, Claire learns that her visions were actually premonitions and she is connected to the killer through her dreams. She has a nervous breakdown and tries to commit suicide. Her psychologist Dr. Silverman sends her to a mental institution and soon she finds that her husband will be the next victim of the serial-killer. Further, the serial-killer was interned in the same cell in the hospital where she is. Will Claire be able to save Paul?

House of Wax: An associate burns down a wax museum with the owner inside, but he survives only to become vengeful and murderous (1953).

Laura:  Sculptor Paul meets a former great love again after a long time -- but is much more impressed by her 15 years old daughter Laura, who looks now like her mother when Paul was in love with her. Laura likes him very much too, but her jealous mother prevents any further contact. She allows him to make a sculpture of Laura, but only from photos.

Stealing Beauty:  After her mother commits suicide, nineteen year old Lucy Harmon travels to Italy to have her picture painted. However, she has other reasons for wanting to go. She wants to renew her acquaintance with Nicolo Donati, a young boy with whom she fell in love on her last visit four years ago. She also is trying to solve the riddle left in a diary written by her dead mother, Sara.

Hour of the Wolf:  While vacationing on a remote Scandanavian island with his younger pregnant wife, an artist has a emotional breakdown while confronting his repressed desires.

Delta of Venus:  A struggling American writer (England) and a fellow American expatriate (Mandylor) begin a sordid affair among the chaos and discord of 1940 Paris, France on the brink of World War II.

Poison Ivy II:  Lily is a sheltered art student from Michigan going to school in California. She finds an apartment and her roommates aren't quite normal. One day she finds a box of items belonging to a girl she's never met before. But in the box are nude pictures of the girl and her diary. Lily begins reading the diary and realizes that she's going to change her life and become a wild woman! She begins dating a guy and at the same time her art instructor begins to lust after her. The struggle begins when her boyfriend thinks she's unfaithful to him and her art teacher becomes obsessed.

Frida:  A biography of artist Frida Kahlo, who channeled the pain of a crippling injury and her tempestuous marriage into her work.

Age of Consent: An elderly artist thinks he has become too stale and is past his prime. His friend (and agent) persuades him to go to an off-shore island to try once more. On the island he rediscovers his muse in the form of a young girl.