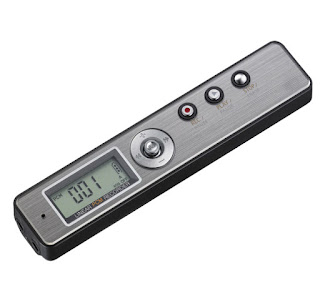 I'm going to share some of the realities of EVP (electronic voice phenomenon) capture. I believe EVPs are perhaps one of the best bits of evidence we get other than our own encounters. It is exceedingly rare that photo or video evidence cannot be proven to be dust, bugs, light reflection, long shutter speeds and other explanations, but EVPs can be acquired readily, easily, and more than people know.

EVPs don't necessarily occur on a device in the very room you are asking questions in. Often, captures are done in other rooms, or on only one recorder in the room. In fact, if you get the same EVP on a few recorders, I would call that questionably something in the environment being caught.

Always keep recorders in the other rooms, as well as at doorways as a control so you can see if anyone had entered the building as an explanation for potential voices. That is the same reason you need to photograph a site during daylight before you investigate to be able to look back at your photos of the evening and see if there was something there that might have caused the issue.

One time at a cemetery, I got a bunch of blue lights and wondered about it. I didn't see them at the time. I looked at the daytime photos and found that the cemetery used blue metal signs as markers for the end of every row. The flash was shining off of the blue signs.

When reviewing EVPs, some people utilize a lot of filters and adjustments and it utterly distorts the organic process of the capture. It's fine to amplify the sound so you can hear things, but too much fiddling with the audio creates false interpretations. I use Audacity - it's free online and not too hard to use.

Some believe that magnetic tape picks up the sounds better by whatever means audio is laid down, but the drawback is the motor within the recorder which can ruin anything subtle you might capture. In that case, at least consider utilizing a plug-in mic. It can be difficult for some to transfer tape to digital on the computer, but there are devices that allow for that. You will need RCA cable and connectors.

I like to send two people in at a time to a building simply to allow for less disruption, but I choose to do the same sex; two women or two men. There are often times situations where one or the other is more comfortable for spirit forms. This gives the opportunity for some interaction comfortably. If you have a guy and a girl together, you may get silence.

Do not hold the recorder as you walk - your hand, your footfalls, your breathing, air movement; all can cause sounds that are hard to define later on.

Also, be sure to tag noises. If a car goes by, someone's stomach growls, a person coughs, a chair squeaks.... call it out so that whoever listens later can say "okay, that's what the odd sound was." I readily admit, I try not to do EVP right after eating - my stomach gurgles like a demon!

Our expert EVP specialist on our team has a great method of putting a label on each of his dozen or so recorders with a number on it. He makes a map of the building and marks on the map where each numbered recorder was located and X's where EVP sessions were held. He also has the advantage of knowing if he has all his recorders when he's done. He can count them and see. Later on, when reviewing, he can see what room the recorder was in and where the EVP session was occurring.

Do spirits have auditory canals? Is it necessary to speak out loud?

This has plagued me ever since I started investigating. Here's what bothers me: Sometimes we do EVP sessions, perhaps 6 people in a room, and we ask questions, allow the time space for a reply. We play back later and realize they said something, but it had nothing to do with the question. Why is that? Are they vague? Are they distracted?

I began to wonder - we have six people sitting there and one is asking questions out loud, but the others are looking around, thinking about the building, the history, perhaps even their grocery list or relationship issues. And then an odd answer occurs. What was the spirit responding to? Who?

I designed an ongoing experiment to test this.

I write five numbered questions on sheets of paper. I hand them out to each member. We sit down at the table ready to record.

This is a good experiment to try with your own team and see if you get any coherent and lucid answers that actually are focused on what everyone in the room was thinking.

This is yet another reason why I prefer to keep 2 people in a room if I can because there is less mental energy and physical/spiritual energy from less bodies to keep back and forth clear and simple.

These are pretty straightforward tips and I hope that a few of them gave you a new way of looking at the process of gathering EVPs. There are many experiments that can be undertaken. We have put a recorder inside a Devil's Box one time to see if it gathered anything. All it ended up gathering was the owner of the Bed and Breakfast shuffling through our belongings when we went to supper - which was technically very enlightening.