Psychometry: Can Spirits Attach to Objects? 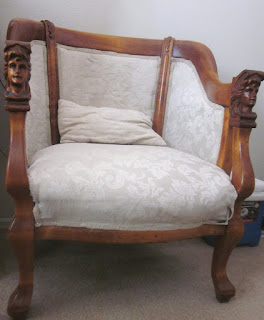 (A captain's carved chair from my summer home as a child)


Here's how it works (remember, this is my own experiences and insights as a psychic/psychometrist). 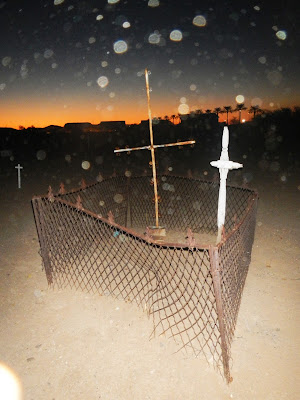 What is that? It is is when you are busy all year, don't think too much but lingering thoughts about a loved one and then you go to the cemetery on an anniversary, sit down, think about them, have a little  conversation out loud or in your head. You call upon them.

When you get an object, the connection between the past owner and you is nonexistent (unless you knew the owner). But, the owner's info is on the object, so sometimes just handling it can give you a weird feeling - that is a faint psychometry skill. It can mix with your energy and the energy of other objects around you, even the very geology and construction of a land and a building. An object handled by one person has no issues about it and by another might be associated with a "curse." Something newly acquired and set up in the home might not mix with surrounding objects or the room itself. It doesn't mean you just purchased a cursed or haunted item, it simply means it has an energy (the older the item, the more folks' energy tied into it) that is either powerful, excited, dominating, or irritating. Placing it in a new location can do the trick.

The energy the object contains interacts with other objects in the environment, sometimes causing conflict - even if the object has positive energy.

I have dealt with a lot of situations where people collected antique store items and heirlooms and when they added something new, problems began. Well, it's isn't necessarily that the new item is bad, but has a conflicting residual cumulative energy that causes odd happenings and odd feelings. 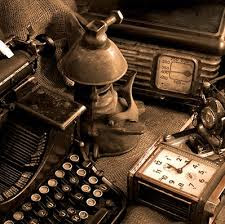 You can have two positive energy items, one being serene and spiritually uplifting and centered and another can be the giddy excitement of a child on Christmas morning. They are both positive but together, there is a disruption side by side. Sometimes, these disruptions can be felt by those around the area and can even seem to affect poltergeist-like activity. Before you judge an item as a culprit, consider moving it to a different area in the collection and see what happens.

Then, lastly, there is what the object means to you. Sometimes we purchase an antique with a musty odor that reminds us of our grandmother's house, now we see or handle it and think of grandma. We have just activated a connection for spirit to come forth. We are very highly suggestive if something "looks spooky" or "smells weird" or is "creepy" and that can make us believe there is attachment.

So haunted objects are not from a spirit unwilling to give up its goods. It comes from memories attached to the object psychically, energy that the object contains and how that interacts with you and the environment and also from brain connections we make that unknowingly open a path with the dead to communicate. 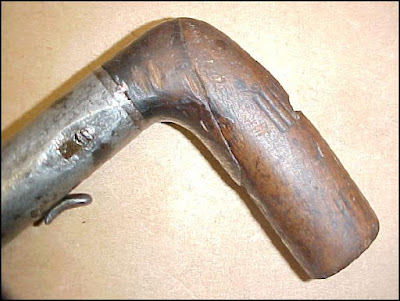 Sometimes, holding your father's walking cane can make you feel very much that he is there with you. It is a talisman, it is a beacon to think about him and that thinking about him, brings him forth. I like to call it the psychic umbilical. When a person passes, there is a short period of time that the umbilical is still actively passing back and forth communication of a sort, and then it eventually snaps so that it's harder to connect with the dead. But, visiting a grave, or holding an object can focus us on that connection again and voila! Your papa is felt as you have reopened that pathway. 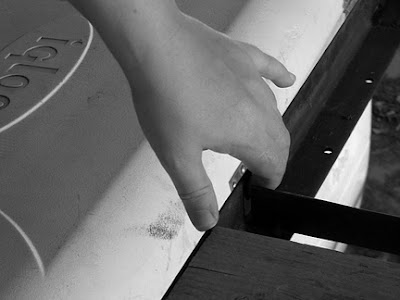 I'm pretty logical on this and as a psychometrist, I know what I'm reading and it's not an active entity. If we could haunt objects or attach to people, we would definitely make our presence known and yet it is a rarity. Would you really want to spend your time without a body, the freedom, the reassignment with the universe to be tied to this past life, to material things of this limited short existence? There is not a spirit in the other realm who wishes to be back here, I assure you.

We tend to think one body - one soul - as if it's location specific, but only we mortals have that issue; to be only in one place at one time. Spirits do not get trapped in locations or in objects.

Spirit forms, however, are everywhere in the universe and not a single entity that is standing over your bed at night haunting you. Spirit form is interpreted by our minds as apparitions but that is an essence we read with the only technology we have to decipher - our brain that interprets the energy our body feels. Popular TV and movies have led us to think of spirits as a sort of see-thru version of us. Once again, led to believe - one person/one entity/one place.

Our energy signatures are unique and linger in objects, locations, and the living's hearts and minds. We do not, however, curse or covet items from the other side. That is the interpretation by the living who have issues with the energies these items embody. We project what we were told by spiritualists that items can be haunted.

I am adamant in my understanding that items are not haunted and the only ones to benefit from them being haunted are the types that also charge for cleansings and exorcisms and wish to have museums of haunted items for which they charge the public....

Suggested article to read for perspective on this subject - HERE