Most Haunted Places: We Have It All Backwards 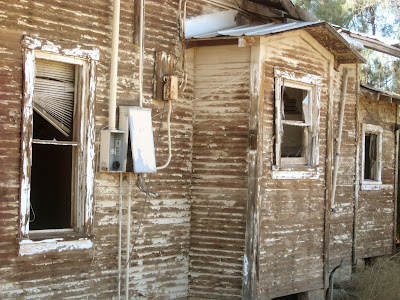 I get asked a lot - what is the most haunted place you know?

Some places have hauntings that in baseline conditions can be perceived, i.e. anyone can have an encounter there at any given time. These conditions are likely caused by construction of the building, geology, layout of the rooms, and other factors like water table and seismic activity. If a building is placed with such ideal alchemy to leave a perceivable haunting, then Joe Schmo non-psychic can go there and have an encounter.

We have been looking at hauntings from the wrong perspective: We look at the dead and who is doing the haunting, not at the humans who are perceiving it!

Cameras and recorders might not capture what we see, hear and feel in a haunted location, but we are great receivers to perceive encounters.

You have five noted senses and some that we haven't named yet, but upon occasion, if conditions are right, those senses work better than usual - in unison for an ideal receiver and interpreter.

Sometimes we receive ("I got goosebumps but didn't know why") and other times we are receivers and interpreters ("my scalp just tingled, something made physical contact with me.").

This is what psychics do. We get input of visuals, senses, and other input and we have to interpret it to understand what it means. Anyone can get a flash of the color red, but a psychic pulls back to see that it is the color of a car.

So it is with ghosts, we get sensory input, but we learn over time what it means. For John Doe, scalp tingles means he's about to see something and for me it might mean something made contact with me. It comes out differently in our senses, but over time we learned how our bodies send signals to let us know what is happening. It is not different than the cilantro dilemma: some people adore the flavor, others say it tastes like soap, it's all in how you interpret the input.

You might go to Birdcage Theater in Tombstone on a night like any other and hear a voice or see something out of the corner of your eye, but you go back again during a geomagnetic storm or a lightning stor...m - or both - and you suddenly had the most active night ever.

In actuality, the night wasn't more active, your senses were.

That stuff is always there, but your perception level changed, not the building.

Some of it is just easier to perceive baseline and much more actively seen when conditions are right. 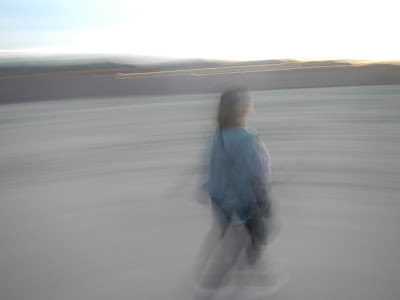 This is why I believe there is a combination of layout of buildings, construction, geology, waterways, and then good conditions nights - that make the "most haunted" locales. This basically means, the buildings that at baseline even non-sensitive people can run into perceived encounters.

That being said, if you are not a baseline perceptive person who notices hauntings, the Birdcage Theater might provide you something you didn't expect like disembodied voices and footfalls. It is considered "very haunted" by most for the simple reason that conditions are such that even people not plugged into their PSI senses can have encounters on a day when there isn't even extra boosts, like geomagnetic storms, negative ions (most often created by running water) or electrical storms that help us perceive better.

So, hauntings are everywhere. Some locations, because of the very makeup of the building and land, they are easier to perceive in any conditions by people of many levels of perception, but with activating conditions can seem to be extremely haunted, as the alchemy of electrical and geomagnetic, and negative ions make the human receiver better at picking up and interpreting signals.

If you've ever been on a ghost investigation and someone saw a shadow, but another saw a total apparition, and another saw nothing, it can be their vision levels in dark are different, or they weren't focused on the same point in the room, but often times it is simply their ability to receive and interpret.

Ghosts change through the interpretative process.

I have seen apparitions, but I have also done psychic reads where I describe a person. I am seeing that person when I stare into a corner of a room, but I am seeing them in my mind, not actually in the room. To a person who has the ability to receive visuals in their head, they may describe an apparition in detail while the guy next to him says "I just saw a shape." One was able to interpret more of the content.

Not haunted: A building in which there is activity, but perceptive people and those who are not perceptive are not running into any signals or very vague ones. With an activating agent, like a geomagnetic or electrical storm, the person with advanced PSI skills might note something and then ponder, "wow, I didn't think this location was haunted, but it feels like it."

Haunted: A building in which at baseline, because of the way it was built and its history, the haunting that is there can be perceived by the perceptive and with the right activating agents like a lightning storm, running water, or geomagnetic storm, a person who is not very perceptive will perceive activity. Some places under this category might be the Birdcage Theater in Tombstone, AZ where folks have either encounters or totally dull nights where only the perceptive folks are noting minor things going on and those who are not perceptive are having nothing. This is because to the non-perceptive folks, without an activating agent, they will likely pass right by any activity.

Very haunted: This location is built in such a way that at baseline, with no activating agents, both perceptive people and those who consider themselves not to be perceptive, can run into activity, but with activating agents, they can perceive much greater activity for both individuals. A person who is not perceptive might actually see an apparition or perceive physical contact, hear voices, see things move. A place like Waverly Hills Sanitorium might be considered a very haunted location because, in general at baseline, people of all types have perceptions and on the right nights have all-out activity.

After five decades of experience with encounters, I have come to watch those who are not perceptive and my own skills as someone with advanced perception, to discover that hauntings are everywhere, perception and interpretation are our obstacles to noting it.

The next time you are in a haunted location and "feel like someone was watching me and felt creeped out," you were receiving and perceiving; you weren't interpreting. That often needs the super boost of an activating agent, i.e. electrical/geomagnetic/negative ions for someone who hasn't worked their psychic skills. With that element, they might actually understand what they see, hear or feel in a way that shows the interpretive process being utilized.

If we want to take investigation to the next level, I suggest working one's skills in alpha brain wave state and possibly bringing a negative ion generator, looking for times when there are geomagnetic storms (NOAA online has status of solar flares and geomagnetic storms - the bombardment on Earth following a solar flare).

You want to focus on the human perception and interpretation aspects to have a truly active encounter, but also know that - just because you are able to perceive and interpret better does not mean your equipment captures proof more readily.

It can be exasperating, but by studying the living in relation to hauntings, and how we receive, perceive and interpret ghosts, we learn more than studying the dead.

**Fact: The living will always be the best equipment and barometer for the dead until we figure out how this energy is manifested.**