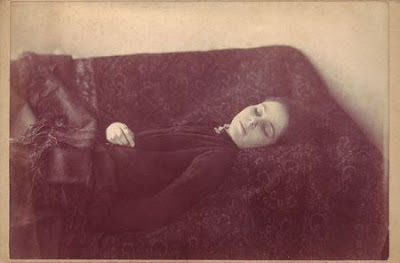 Vampires and Dracula aside, is it possible to die by suicide when one purposely ingests large quantities of their own blood?

In 1909 in Romania, a woman known as "Ioana the Bloodthirster" (Ioana Constantinescu) was photographed in the usual post mortem repose of the Victorian Era's morbid photography. The photo made the rounds with a legend about her demise.

The only available "proof" of such a name is in a poem that speaks of the woman (called a witch), her name and her demise by drinking her own blood.

Some things do not line up about the tale, such as she had been beaten within an inch of her life. This woman does not appear to be have been beaten or even severely dehydrated as she would have to be to have drained that much blood.

Ioana Constantinescu
died in the autumn of 1909
Cause of death: Ritual Suicide
by 'purposeful ingesting of large quantities of her own blood'
Stated and concluded the official autopsy
and coroners reports
Timișoara, Romania Octombrie 23
She called it the 'Communion of the Saints'
Twenty seven year old Ioana
was laid to rest in a private ceremony
attended only by Spenta Armaiti members
She was known to many throughout the township
of Timișoara, in western Romania
as a witch and an idolator
Many feared her
Many knew the stories of alleged hemo-ingestion
and unknown Strigoaică in the woods
She was conspired against
by two Christian ministers and their wives

To 'drive out the devil from their midst'

and 'cleanse the northern gods from among us'
Just before dawn, on Octombrie 21st
she was dragged from her home by an mob
and beaten near unto death
She spent the next two days drinking continually
from the Communion Glass
Both ministers and their wives were dead
before the end of the year 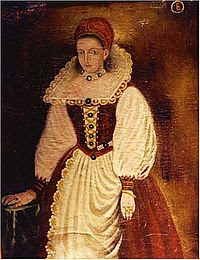 In the latter 1500s, there was a woman named Elizabeth Bathory, a Countess in Hungary. She came to be known in Guinness World Book of Records as the most prolific female killer. What did she seek? Blood!

Between 1585 and 1610, she and some of her minions helping her, killed and tortured hundreds of young women (estimated around 650!)

Dead, dying and imprisoned women were found at the time of her arrest and about 300 witnesses and those who survived gave testimony.

Stories were passed around of the Countess wanting to retain her youth by drinking the blood of virgins. These stories were thought to be exaggerations and glamorized versions of a sadistic woman and her evil intentions upon defenseless young women.

The tortures were quite grotesque and Bathory was imprisoned in solitary confinement for four years until her demise. 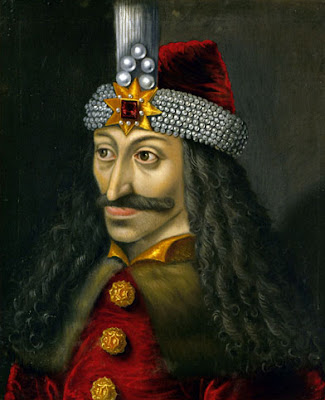 This Romanian-born aristocrat from the 1400s became a folk hero among the Romanians and Bulgarians for his protection.

His reputation for cruelty and torture was known throughout Europe and kept many at bay. He developed a sadistic nature over his lifetime and was known for having a penchant for impaling his enemies.

Eventually caught up to him and he was decapitated by the Turks and his head was sent to Constantinople preserved in honey. Then, his head was placed on a pike to show that he was indeed dead. 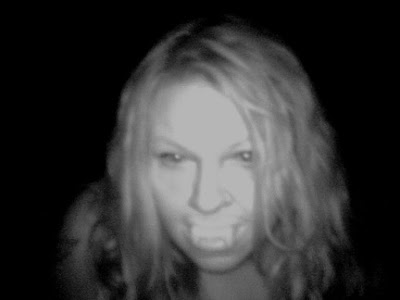 Sure, it's fine to enjoy "Twilight" or dress as a vampire on Halloween, but there are some folks who truly want to embrace such a lifestyle and live on the fringes, feel empowered, and believe they are somewhat invincible.

New Orleans has a reputation as being a popular spot for the vampire subculture.

New Orleans has the only vampire shop in the country for the lookie loo's who are curious about the lifestyle and the culture. Boutique du Vampyre actually has some pretty sexy stuff. It's high on my list when I get to New Orleans. What a fascinating shop for something dark and mysterious!

If you're feeling brave, you might go on a vampire tour of New Orleans.

There is also a bar that is supposedly a popular vampire hangout in New Orleans called The Dungeon Club. 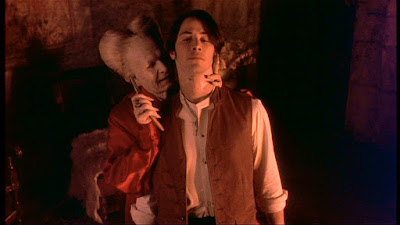 I suppose there are only two ways to look at vampirism and the ingestion of blood - one is to see it as a savage act of near-cannibalism and torture or a gothic romantic sexual encounter involving two consenting adults. Both of these play out in popular movies and books, both hitting a note with audiences who see it as an endless tale of eternal life.

Could one survive on drinking blood alone?
Well, you would have to consume 3 liters a day to get 2100 calories.