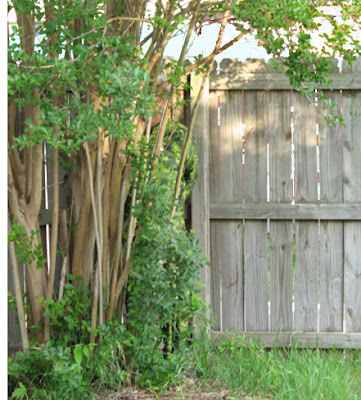 **This is a guest post by one of my favorite researchers, David Claerr**

One of the primary challenges in conducting Sasquatch research is the difficulty presented by their keen eyesight, which, even in low-light environments, makes a stealthy approach for close observation impractical under most circumstances.

Sasquatch, or “Bigfoot” as they are also known, are alert, intelligent and complex beings. Like humans, their hearing is perhaps not as acute as other forest wildlife. But their vision, with forward-focusing eyes, stereo vision and color perception, combined with a probable ability to see in infrared frequencies, surpasses that of modern humans. Research also indicates that they may be able to detect light in the ultra-violet ranges that are beyond modern human capability.

The author's research, based in North Texas, Arkansas and Eastern Oklahoma, indicates that in that climate and environment, Sasquatch often forage before dawn and after sunset for smaller game and aquatic creatures, as well as for fruits, berries, nuts and other edible vegetation. The twilight hours provide enhanced light for the search of smaller food items, while affording relief from the stressing heat in southern latitudes. Larger game, such as deer, boar and feral pigs apparently are more often stalked or ambushed during the darker, cooler periods of night. (Though these are their general patterns of habit, Sasquatch are unpredictable opportunists that are sometimes also active in full daylight.)

On several occasions the author been able to approach near to Sasquatch in a slow and stealthy manner, wearing soft-soled foot-gear, emulating Native American techniques. Although most often, they have been able to see the author before he can spot them, sometimes it is the reverse. From this experience it can be surmised that their hearing is not exceptionally acute, as compared to an animal like a wolf or cougar. But their visual perceptual ability seems to be very sophisticated. Their mental acuity in assessing images also seems to be very rapid and almost instantaneous, unlike that of the average modern human.

So, taking into account these observations, a vital tool that has previously been unavailable is a superior means of camouflaging the human form to minimize detection by the visually adept Sasquatch. Since the author has in-depth training in Art, Graphics, and Digital Imaging, he endeavored create the ultimate stealth camouflage, adapted to the deciduous forests of North Texas. The camo pattern is suitable for most woodlands in North American and southward into the tropics.

By using the state-of-the-art process of dye-sublimation, the author was able to infuse fabric with the vivid emerald greens of spring and summer foliage- colors that cannot be reproduced using traditional dyes. Dozens of subtly blended hues mimic effects such as sunlight passing through translucent leaves, deep pockets of shadow, sun-dappled leaves and twining twigs and stems. The patterns produced are based on the actual shapes of vegetation rather than the typical amorphous blobs of standard hunter's camos. But the shapes are not literal, hard-edge photo reproductions, rather, they are soft-edge optical algorithmic patterns that blend into the background vegetation. The resulting effect is near invisibility in moderate cover and difficult detection even in sparse brush.

The image below presents the camo-suit in action. In the first panel, the author, wearing a hooded stealth-camo suit is actually 90% exposed to open view, standing in front of the flat backdrop of a weathered wooden fence.

In the second panel, the author has stepped behind the stems of the myrtle tree to reveal the fence.

In the third panel, he has resumed the position in front of the fence, having removed the face mask. The figure is outlined in red to clarify the position.

Tests with common wildlife such as birds, deer, squirrels, rabbits, etc. indicate that the stealth-camo suit has superior camouflage properties, enabling undetected observation at close range, sometimes a matter of a few feet of the mammals and within inches of birds in a forested setting. (To mask a person's scent from animals, the author sometimes uses an ammonia/water solution, applied in a fine mist.)

Test with humans, even those aware of the relative position of the camouflaged person, show that the figure cannot be discerned at all in moderate cover with a backdrop of deciduous trees and bushes at a distance of a dozen yards.


TO GLIMPSE THE CAMO SUIT IN ACTION, SEE THIS MUSIC VIDEO.

With the the advanced mimicry of the color, shape and light reflection/refraction of a forest's environment, the stealth camouflage will help provide the opportunity for a serious researcher to gain closer proximity to Sasquatch or virtually any woodland creature. If you wish to contact the author for commercial applications, please send a message via LinkedIn.