Haunted Checklist: How To Tell If a Location Has Haunted Potential 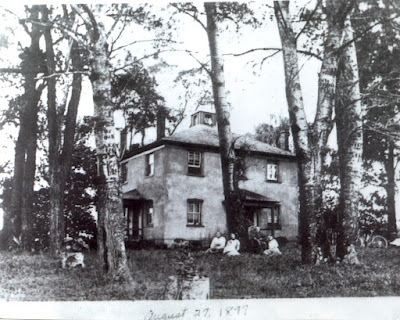 More often than not, people make assumptions about haunted locations. They see an anguished or tragic history and say, "this place has to be haunted!" And, so, a parade of teams study Eastern State Penn or Trans-Allegheny Lunatic Asylum until the buildings are nothing more than haunted by eager teams.


But, what if there was a way to narrow the field of potential haunted locations before you even try them out? What if you found a new location and wondered, "could it be haunted?" Without even setting up a cursory investigation, there are ways to go through a checklist and determine - does this place have the right elements to be a haunted vessel?

In 2009, I took 50 of the most repeatedly reported haunted locations in America and looked for common features. I created what I called the Haunted Formula.

By looking at the common features of these locations, I learned that, a building can have a tragic history and not be haunted or it can be haunted and there seemed to be some important aspects that made some places more haunted than others when they met ALL the criteria or MOST of them.

One of the first thing to jump out at me was the statistics for geology in haunted locations.

Is it possible that geology could be a factor in hauntings?

Well, it certainly can create a fantastic reservoir to set a building upon, then activate it with a tragic event and BOOM!

There are lots of things to consider in why rock makes a difference. The high incidence of occurrences around quartz tells us a piezo-electric energy- might be at work, but rocks also contain different levels of resistivity, porosity, permiability, gamma radiation, polarization, magnetism....

Here were the findings in my formula study as it pertained to geology (below). There were 6 possible features to compare on the haunted formula and a 5 or 6 score meant very likely haunted. At the time, I looked for - near a waterway, geology, building constructed of stone, tragic events, built before 1950, near train tracks (each feature earning the location a point).

Proximity to train tracks seemed to be an incidental finding. Towns were generally built near train tracks and the oldest homes were near the tracks where goods were brought to and from and passengers unloaded and loaded. So, it was incidental that homes over 50 years of age were closer to the tracks. Or was it incidental? It remained in the study simply because it was a common factor.

Homes built before 1950 seemed significant because before then, people most often died at home, as well as many generations in a building possibly lending layers of trauma or death.

Waterways could also be incidental, as people had to tote water sometimes to their homes or be near springs back before indoor plumbing was available (once again over 50 years ago). But, some buildings were near running streams and rivers that buildings further from the water were not haunted, lending me to believe that perhaps proximity to water helps the "alchemy" of haunted locations.

I would add to the Haunted Formula now the "Feng Shui" aspects. When I get people with haunted homes contacting me, I often ask them to check some basic feng shui aspects of their homes, make changes, and see what happens. In a majority of cases, that alone was enough, leading me to believe this has some important weight. 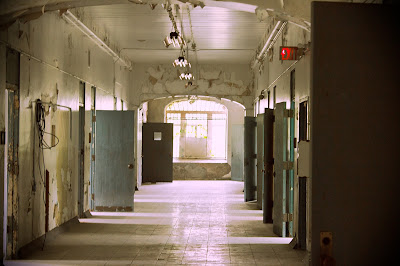 An ideal example of Feng Shui is hallways. Hallways are very often reportedly haunted. No more walking occurred in halls than in rooms or anywhere else and usually trauma did not occur in hallways, so why are they gathering spots for energy? Here's an explanation -

1.  Trauma: Quality of trauma is critical. Chronic illness is not necessarily a big haunting factor, such as sanitoriums for TB, but a field hospital during a war would be. The more suffering that occurred acutely seems to cause more haunted locations. When one is chronically ill over time, they have the time to reevaluate their life, their impending death, close matters or simply be so "out of it" they don't leave a connection or impression on the location. Places of battles, hospitals, torture centers, prisons, mental hospitals of old, and suicide locations seem to be the most haunted. When figuring out if a site might be potentially haunted - check the kind of trauma and also the amount of time such trauma occurred there.  The Amityville home, although many believe it to be haunted, does not meet a good criteria for a haunted location so far as the trauma because the deaths were instantaneous and only one time.

2.  Geology:  Check out the geology in the area. There are geological maps you can find online for counties and cities. If the location is in a mining town - bingo! The Birdcage Theater in Tombstone, AZ is a wooden building which takes a point off for not being stone or brick, but it sits atop of rich mining land, including the ground under the streets. Look at the types of geology listed above.

3.  Waterways:  Moving water seems to be the best component and within 500 feet. This can include places with underground streams, such as those fed by a well. We know that running water causes negative ions which have a positive euphoric feel-good effect on humans. In fact, there was a time they worried about folks going to locations like Niagara Falls because the intensity of negative ions gave a sort of euphoric superman syndrome in which more risks were taken. What might that do to a haunting situation or to the human's perceptions of a haunting? A location could be haunted and we don't perceive it, but if it were near a generator of negative ions, perhaps our senses begin to focus and pick up their activity.

4.  Construction before 1950:  This assures a history of people, tragedy, and even things like children dying of childhood diseases and elderly dying in bed instead of hospitals. As well, many historic events that were disruptive in our country happened long ago, whether it was battles or the lawless West.

5.  Train Tracks: In the chance that this is not incidental, that it holds some significance, a train track within 500 feet of a building is another common feature. For that reason alone, it might have some interesting influence.

6.  Stone or brick construction: Stone buildings, especially foundations are very often associated with haunted locations. Brick is a close second. Frame construction are rarely haunted unless there are strong other factors such as geology as is found in mining areas and land with lots of quartz.

7.  Feng Shui:  Factors that might be found in haunted locations is proximity to a cemetery, a dark place with not much natural lighting or even electrical lighting (basements are high on this list), clutter so that pathways are closed off and energy can be trapped in a kind of cul-de-sac. staggered doorways in a hallway, enclosed stairs, a T-shaped intersection in front of the house that has a road coming toward the front door, a stairway that is in front of the front door so when you enter the home the stairway is directly in front of you. My suggestion is to keep a book like "Confessions of a Feng Shui Ghost-Buster" as part of your library for reference.