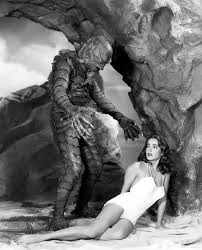 On the tail end of atomic knowledge and talk of future space travel following World War II, the 1950s ushered in a scientific era. Science Fiction movies were the rage and they churned out the formula fast and furious, trying to keep up with Cold War themes, fear of radiation, as well as women's changing roles after their work place contributions in the 1940s war time. 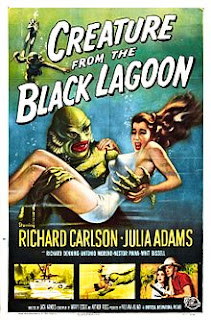 "The Creature From the Black Lagoon"

The classic 1954 Universal Studios movie, "The Creature From the Black Lagoon" gave us a heroine that set the standard for the formula; smart, usually brunette, normally the girl you want to marry, progressive yet still serving coffee, and often the daughter of or assistant to the real scientist. 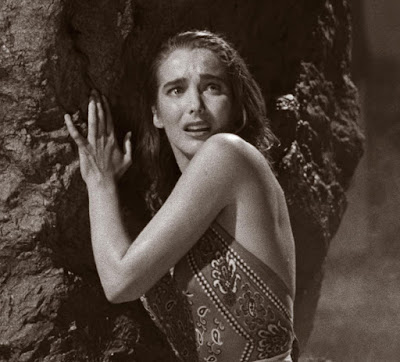 "Kay Lawrence," the character from "The Creature From The Black Lagoon" played seamlessly by Julie Adams, was a breakthrough role. Her character was working beside her scientist/doctor boyfriend. She was allowed to support his research and her boss's research, but she was not the main mind in the scenario, simply the "bait" for a beauty and the beast theme of classic proportions. Women wanted to be her, independent, smart, gorgeous, sexy, and brave. And, men wanted to find a woman like her. Instead of playing the desperate cloying fiancee-in-the-making, Julie played her character with great independence including the infamously terrifying scene of her swimming in the lagoon just above the Gillman. She wasn't a degree'd authority, but nor was she a cloistered girlie girl who made coffee for the men on board the ship. 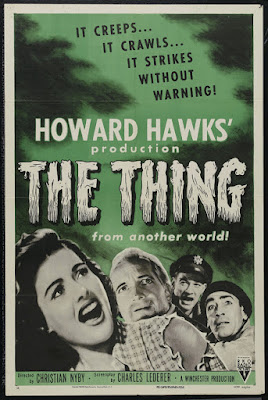 "The Thing From Another World" 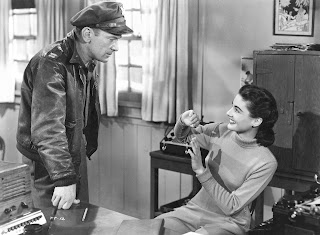 "Nikki" from the 1951 movie, "The Thing From Another World" was played with great confidence by Margaret Sheridan. This classy and sharp brunette took notes for the real scientist, worked at the arctic station and even had an apparent affair with a pilot. She also made the coffee and was the romantic interest that needed protection. These themes ran strongly through the 1950s SciFi genre. Women's roles had them as educated as men, but not with as much status, still embracing desire to marry and making the coffee, vulnerable and in need of protection, and yet sassy and growing more independent. In the scheme of women's changing roles, this showed the 1950s early teen-hood for women, pushing independence while still having to answer to authorities. 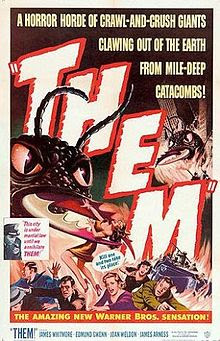 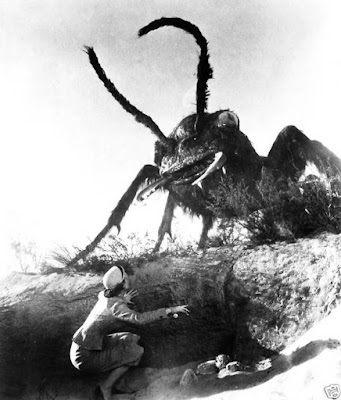 "Dr. Pat Medford" from the 1954 film. "Them!" was played by the intelligent actress, Joan Weldon.  Her role was played with intelligence and finesse as a classic portrayal of a woman with higher education, a doctorate degree in the study of ants, and her wiser, more experienced father, also a doctorate in the study of ants. Although she is played more as an assistant than a peer to her father and her father is the one they truly sent for expertise in, she is allowed along to study a mystery in the desert. Her character played the role of vulnerable, yet brave, intelligent, yet not quite revered. It was a fine balance that only the 1950s could display repeatedly in all its movie roles for women, but most astutely shown in the field of science, a new-coming study for most women.

These women of the 1950s SciFi movies were not blond bombshells of the time, they were more the girl a man wanted to marry, if that man was not threatened by independence and intelligence. They provided the repeated theme that a woman could be alongside a man in a dangerous scientific study and not crack under the pressure (except for the occasional scream for the audience's pleasure).