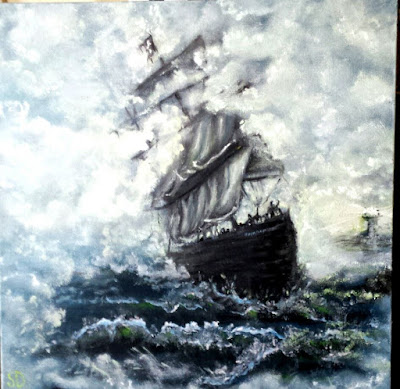 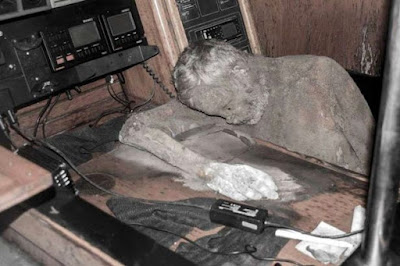 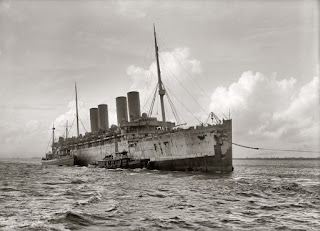 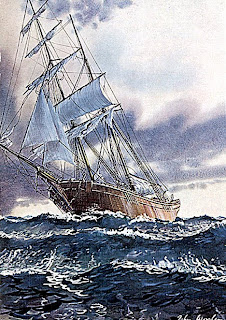 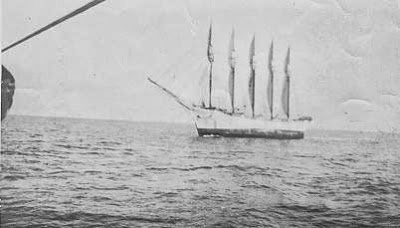 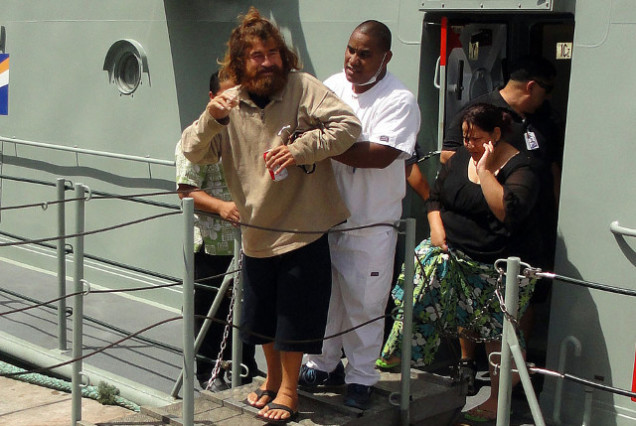 Found on the Pacific Ocean, this man is (deliriously) happy to be home! This man from El Salvador said he caught fish, drank bird's blood and was adrift for 13 months! His ship was covered in algae when they found him and had been retreating under a plastic container to avoid the sunlight.


The Devil's Triangle (1974): Documentary about the Bermuda Triangle.
Satan's Triangle: (1975): The female survivor of a shipwreck and two Coast Guard helicopter pilots sent to rescue her find themselves trapped in a mysterious part of the ocean known as Satan's Triangle.
Jaws: A tourist island on Fourth of July is terrorized by a monster great white shark.
Castaway: Following a plane wreck, a man is left alone for years on an island and then finds his way home only to find he wasn't who he was when he went missing.
Titanic: Fictionalized movie based on the events that occurred when the Titanic sank.
Dead Calm: A couple grieves the loss of a child and so goes on a quiet sea trip only to rescue a lone survivor in a life raft who puts them through hell.
The Fog: A town has to come to grips with their dark past and the ship of ghosts who want to roll in with the fog and take their lives one by one.
The Haunted Sea: A crew finds an abandoned ship at sea and an Aztec cursed treasure on board.
The Creature From the Black Lagoon: A team goes to the Amazon to check out a potential relic monster only to find out it's still alive.
Lost Voyage: Twenty five years ago, the SS Corona Queen disappeared in the region known as, "The Bermuda Triangle". Now, it has returned. Seven people go on board to learn the truth behind her disappearance but the ship did not return alone..
Pirates of the Caribbean: Based on the Disney ride, this sea tale is a rich and beautiful one, lighthearted, and romantic.
The Ghost and Mrs. Muir:
Halflight: A woman grieving for her dead child rents a cabin on the shore in Scotland only to find a man living alone in the lighthouse on an island off shore, a man that might be a ghost.
The Triangle: (2001) A group of friend send up in the Triangle.
Cruise Into Terror: (1978) A pleasure cruise is carrying an Egyptian sarcophagus with the son of Satan inside.
Shock Waves: (1977) Visitors to a remote island find Nazi's breeding zombie soldiers.
Death Ship: A team of salvage workers find a ship dead in the water and look it over for some goods only to find that it's occupied - by ghosts. The Philadelphia Experiment: Did the military create a time rift to WWII era?
Leviathan: Deep sea underwater miners might have run into ET.
20,000 Leagues Under the Sea: A ship encounters a strange underwater submersible that shouldn't exist in their time period.
Sea Beast: A crew on a ship has to deal with a weird monster in the water.