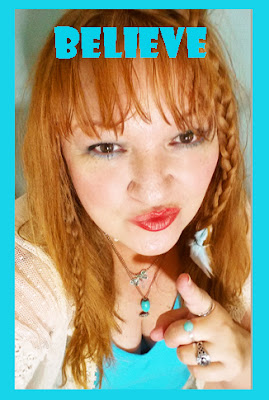 Running a marathon of movies with a similar theme on a day off, that is my ideal. Here's just some marathons I put together - depending on my mood.


"I can achieve anything"

"Wild"  A troubled woman hikes over 1000 miles alone to find herself. Reese Witherspoon

"Maidentrip" Documentary of a 14-year-old girl who sailed the globe alone for 2 years.

"The Secret Life of Walter Mitty"  A timid man has to find his bravery to quit dreaming and join life in action. Ben Stiller

"Under the Tuscan Sun"  A divorcee spontaneously buys a villa in Tuscany and starts a new life. Diane Lane

"I Don't Trust the
Neighbors"

"Neighbors" On a lonely cul-de-sac, a bored couple get new wild neighbors, but they are a bit off.... Dan Ackroyd, John Belushi

"Rear Window" Hitchcock thriller of a man laid up with a broken leg watching a curious neighbor across the courtyard and suspecting him of murder.  Jimmy Stewart, Grace Kelly

"Disturbia"  A teen with a police ankle bracelet, relegated to his home for the summer, thinks the neighbor might be a killer on the news. Shia LeBeouf

"The Burbs"  A man on vacation at home becomes paranoid about the odd new neighbors. Tom Hanks

"Nature Turns
On Us"

"Day of the Animals"  A hiking trip in the mountains becomes a nightmare when the wildlife becomes insane and feral. Leslie Nielsen

"Food of the Gods" Pollution on an island makes for enlarged rats.  Pamela Franklin

"The Ghost and Mr. Chicken" A nervous reporter wannabe has to stay in a supposedly haunted house for the night. Don Knotts

"It's a Mad, Mad, Mad, Mad World" A group of travels go to the aid of a dying man who confesses where a fortune is, so the people rush off to fight against each other to find it. Milton Berle, Ethel Merman, Buddy Hackett, Mickey Rooney, Spencer Tracy, Sid Cesar, Jonathan Winters

"The Parent Trap" Two girls at summer camp find out they are twins separated by divorced parents when they were babies, so they switch places and meet the missing parent. Hayley Mills, Brian Keith, Maureen O'Hara

"Sirens" A proper British pastor is sent to Australia to deal with a decadent artist and his female models. Elle MacPherson, Hugh Grant, Sam Neill

"Poison Ivy 2"  A college art major finds she is too Midwest and needs to explore her dark side, going a bit too far.  Alyssa Milano

"Age of Consent"  An aging artist goes to an island to find his art groove again and finds a young woman who becomes his model and his muse, bringing life to his art again.  Helen Mirren, James Mason

"Laura"(1979) A sculptor loses his vision in an accident and ends up obsessed with his ex lover's adolescent daughter who becomes his model and his inspiration to sculpt again.

"Teen Beach Movie"  A musical in which two teens accidentally get swept away surfing and end up in a 1960s beach movie.

"Gidget"  A girl finds turning into a woman awkward, but surfing looks fun, until she falls in love. Sandra Dee

"Private Resort"  Two teen boys get into lots of antics trying to get laid at a private resort. Johnny Depp, Rob Morrow

"Couples Retreat" Four couples go to a Tahiti resort to support one couple's desire to save their marriage, only to find out they need to work on their own. Vince Vaughn, Kristen Davis

"Dead Calm" A grieving couple goes for a lone vacation on a yacht in the middle of nowhere and run across the survivor of a supposed sinking, only to be tormented. Nicole Kidman, Sam Neill, Billy Zane

"Piranha" A water resort is tormented when a lab experiment gets let loose into the river to devour the arriving tourists.

"The Abyss" A diving team looking for a lost nuclear sub end up running into some kind of strange aquatic species. Ed Harris


"Friday the 13th" A camp is tormented by an angry killer set on revenge of camp counselors.

"The Lost Boys" Two brothers, new to a seaside town, find out it might be shared with a vampire gang. Corey Haim, Jason Patric

"The Shining" A recovered alcoholic takes a job with his wife and kid, staying in an isolated mountain resort during the winter months, but it takes its toll on the wannabe author. Jack Nicholson, Shelley Duvall

"Halloween" Babysitters are being slaughtered by a killer escaped from a mental hospital. Jamie Lee Curtis

"When a Stranger Calls" A babysitter is being tormented by a caller.  Carol Kane, Charles Durning

"The Hand That Rocks the Cradle" A woman who lost her baby takes on a nanny job with a desire for revenge. Rebecca De Mornay

"The Fog" A town is tormented by ghosts from the past that roll in with the fog, set on revenge. Jamie Lee Curtis, Adrienne Barbeau


"The Changeling" A grieving widower moves into an historic house to write music in isolation, but finds out he's not alone. George C. Scott

"The Legend of Hell House" A group goes to a very haunted house to see if they can make the haunting stop. Roddy McDowall, Pamela Franklin

"Poltergeist" A family has a home atop an unmoved cemetery and angry ghosts that take their daughter. JoBeth Williams, Craig T. Nelson

"The Entity" A single mother is being attacked by an angry molesting ghost. Barbara Hershey

"Fright Night" A teen has a strange new neighbor who might be a vampire. Chris Sarandon, Roddy McDowall

"The Howling" A reporter is the only witness to a killer but is to traumatized to recall. Dee Wallace

"The Brotherhood of the Wolf" In the 1700s in France, two men are sent to look into strange deaths in the village.