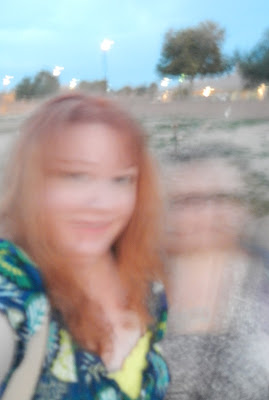 
This what I call the phenomena when you see something that used to be in that location, but is not there in present time. This can be anything from a beautiful pastoral scene where a building is today or an apparition of a person who once walked the building. 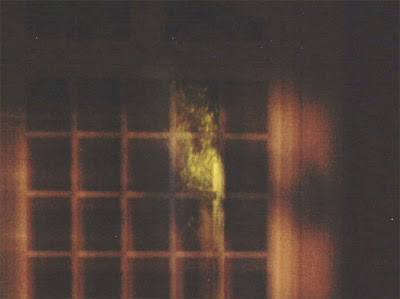 (often times, people seen only partial apparitions - one part of the form, but not all of it)

We tend to get caught up in the five senses, three dimensions, and really hung up on the concept of "time" as an absolute (before, during, after) frame of reference.

But, we can view the world differently if we come to realize that everything that was, everything that has been, is still accessible, at least with the five senses, whether it's a sound from the past, a sight, a smell, and all the other sensory input we attribute to "ghosts." It is layered in slices that expand through dimensions to give you two dimensional, three dimensional and other dimensional views of the universe. 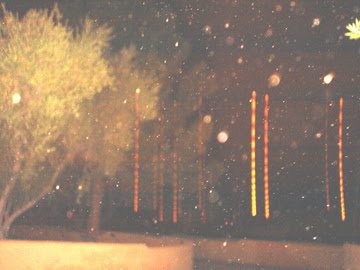 This may sound a bit new age, but understand that we only conceptualize that part of us and our universe that we can perceive with our cruddy human senses. But, what is out there - out of our perception? Could it be a great part of ourselves perhaps interacting in another dimension with the parts of others in those dimensions? This would be a part of us we have do not relate to beyond the border of our skin.

Might that be the stuff of psychic skills; us stroking that EXTRA perception of the universe and its interactions and connections with those "extra-parameters" of ourselves and others?

What are the conditions in which we get these sensory glimpses of the continuous and infinite universe? That is the great mystery. 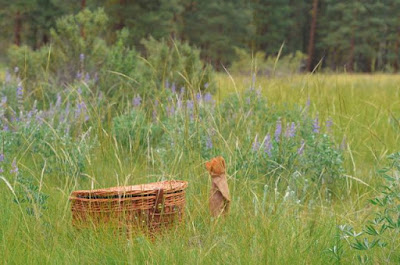 I will give you a comparison. You can look at a photograph which is 2-dimensional and smile at a scene of a meadow you once picnicked in, or you can close your eyes and imagine that scene. When you imagine it, you add dimension to this scene by recalling the trees were in the distance, the grass was under your feet, and the smells and sounds of the scene. Your mind was able to record that event better than a 2-dimensional image could provide.
The camera was not able to capture distances or the other senses in that setting. It does not mean that those things were not there, just that the equipment was insufficient.

You, are a receiver and interpreter with five recognized senses. You may enjoy that pastoral scene with your sight, touch, smell, hearing and taste, but that does not mean that at the same time, there were other factors ("extra-parameter") you could not register about that scene.

I have come to think more in terms of "phantom" than "ghost" when dealing with the phenomena we encounter. As someone who grew up in an historic estate that was a hospital during the Civil War, the occurrences in the home were very much phantom, even those upon the grounds. There were a few rare moments of interaction, but that is not to say it was not a phantom interaction - in other words, someone in the past touched someone's hair who was sitting there and today you felt it.

This concept might mean a shift in how we view ghosts in general, something I think is long overdue. We have thought of ghosts as "invisible people" wandering around in their period clothing, looking as they did in their prime, clinging to locations they recalled from living in physical form, not understanding they are dead. These are turn-of-the-century spiritualist's references. We need to put the science behind this, as these ghostly encounters happen within our perception and are part of the universe and its explanations. Perhaps we need to take a less linear look at what makes "spirit."

As someone who is a psychometrist and reads objects by touching them, I have an understanding that everything that has been, everything that was, is still here in a form in which I manage to receive information and interpret by means that are of "extra-parameter" origins.

One time, years ago when I was married, my husband had hired men to cut big limbs off the tree out back. I looked out the window and watched them setting up. I walked away, heard the saws going and came back in a while to see if they were done. I looked up at the tree, it was still fully intact. My eyes drifted down to the men picking up the limbs on the ground. I glanced back up and the tree was stripped. I had for a moment still seen the tree as it had been, as if the aura of the tree remained after limbs were cut away.

Another time, I visited an ancient petroglyph location on boulders in a big dry basin in the desert. I was enjoying the drawings and glanced up into the distance to see water, lush trees, and a setting that was not there now. I looked down and back up again and it was desert. I had seen what it had once been long ago.

My mother passed on and I inherited many things including the photo collection that had all the photos my father had kept hidden in his navy trunk from his childhood in Norway. When I was a kid, he had a mantle clock on the dresser. It was from the family home in Trondheim. He used to keep a photo inside of it of his family from the early 1920s. I inherited the clock, as well. I opened it up to see the photo and then wondered if it could work, so I plugged it in. It turned on. I pulled the photo back out, looked it, looked up at the room I was in and did not see my room. I saw a room with high ceilings, formal curtains, antiques, and double rows of paintings, one above another on a wall. It was so odd. I could even smell it, slightly lemon balm, rosemary and wood oil. I looked at the picture in my hand, back up, and the scene in the room was gone. Later, as I unpacked my mother's things I found a photo from my grandparents' (who owned the clock) wedding in Norway. It was the family estate that I had never seen before, as father did not share his childhood with us. It was the room I had seen! 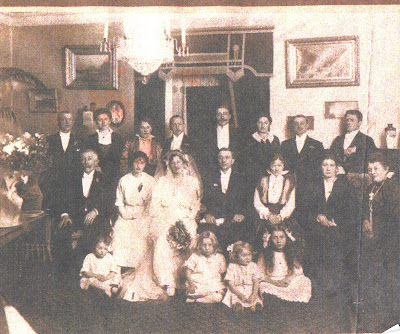 I believe Akashic records are not some ethereal book, but literally the sifting through space where all info is contained eternally. Everywhere you have been, everything you have done has left your "spirit." Spirit is not so much a thing as a vibrational energy. 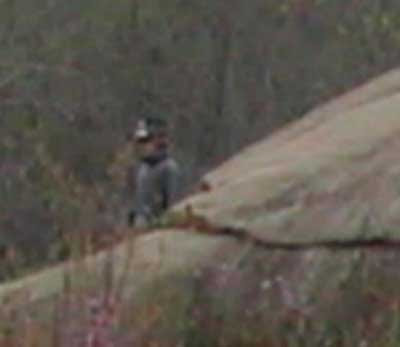 Locations such as Gettysburg Battlefields in Gettysburg, Pennsylvania and the site of the sinking of the SS Eastland in Chicago, have more reports than usual of residual screaming, thrashing, shots fired, and people in period clothing "walking by."

Old school would tell us that we are seeing the spirit of someone wandering around, lost, looking for something, depressed, confused.... This reported spirit doesn't seem to see us. Sometimes, they walk through a wall (a doorway that didn't used to be there?) You might only perceive their legs, or perhaps their head and shoulders. They may seem translucent. They may seem like a holograph. The qualities of them are as unpredictable as when we will have that window to view them.

Right now, you are, perhaps, a ghost across the country in your childhood home, or a glimpse of your scent is caught by someone in a dressing room in a store you shopped at two years ago. Time, space, events are not absolute and our ability to linger throughout all parameters is a sign of our universal soul.

The soul motivates the physical form, but it also reaches into the universe at large, to have a moment of utter peace sitting under a tin roof in a rainstorm and connecting with another human being we love who is far away, but might be feeling the effects of our soul's interaction.

"Quantum Entanglement" as described physics basically says that a particle entangled with another, can be separated by distance and what happens to its entangled partner, happens to it. This is sort of like the "twins" phenomena that we see where a twin can tell if his brother is feeling pain in another town.

What is that extension of ourselves that allows for hands on healing, religious experiences, connections with nature and other people and animals, that gives us psychic knowledge, artistic talents, ability to invent things never conceived before, and glimpses of events that we consider happening in the "past"? We might call it the soul and the soul has the ability to project and to perceive a "phantom life."

We can sense it, we can get deja vu or feel like we're being watched, go to a new town and seem to know our way around. We do not exist within the flesh that defines us in this dimension. We are always beyond that in the "extra-parameter" of other dimensions.

We may not realize it, but everything we do affects not just this world, but beyond this world, like the butterfly effect, we send a ripple through all realms. The power we exert by intention, action, thought, and motivation affect the great machine that is the universe. In fact, enlightenment is really extra-parameter perception, or feeling that part of us that extends into the other realms.

All that has been, is, will be, we experience through that energy we call "soul." At the moment we shed this physicality and move on to the next realm, freed of parameters, we suddenly realize that we had the universe with us all this time in the mortal world. We tapped it often without realizing it, like the tingle of a phantom limb from one who experienced an amputation.

This video might give us some insight into what it is like to be able to perceive the ENTIRE universe and try to explain it in human form. I am reminded of my father's near-death experience where he explained seeing colors that don't exist - is this a view of the matrix???


Interesting example of it - HERE -