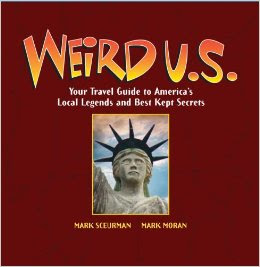 I am crazy about the book "Weird US" (there are also books for the individual states). It is a must-have on your shelf! I just adore it! (check out their website too to look up your state)

I was picking through the amazing compilation of weird stuff around the US and just had to put together my top 10 favorite weirdest places in the US!

Of course, there are a lot of super weird places throughout the country, but I strive to try to cover areas of the country for different kinds of oddities for a good sampling. 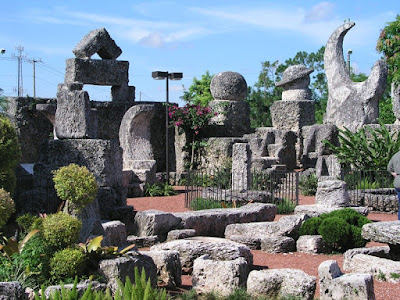 A tiny and frail immigrant, Edward Leedskalnin, moved to Florida and began quiet construction of an amazing structure made of heavy blocks of coral in the 1920s.

He said he made it for his love (some starcrossed crush) and utilized ancient techniques. No one understood how the sickly tiny man made the structure. In fact, he even moved it several miles years later and no one understood how. The secrets went to the grave with him. Today, many still baffle over how this man managed to defy gravity.

The Legend of Resurrection Mary
Illinois

This "vanishing hitchhiker" legend started outside of Chicago where the story goes that a young woman was at a dance long ago in the 1930s when she walked home in disappointment and got hit by a car and died. The locals say that this woman's ghost haunts the roadway near Resurrection Cemetery (where some believe she was buried) and upon occasion asks for a ride and then, magically disappears.

This granite monument was secretly erected in 1980 with writings on it of supposed tenants to live by. Who built it and why has created a great deal of speculation. The stones have inscriptions in many languages and these tenants -

Known as the Bloody Benders, this family in the 1800s owned an inn and lured people in to kill them and rob them. They robbed and killed at least a dozen travelers in southeastern Kansas before they had to escape the law.

Many regions around the US have infamous odd lights, spooklights, will o' the wisp, ghost lanterns, and New Jersey is not immune. The Hookerman lights carries a legend of a railroad man whose arm was severed off in an accident. They say his ghost comes back with a lantern looking for his missing arm. It is said to be a reddish light.

A tale of a community of angry albinos hiding out in rural Pennsylvania is an urban legend that continues in the Haycock Mountain area. It is said they will eat people, shoot at them with rock salt, and are some kind of inbred circus freak escapees. When I was a kid, we had the Mulungeons as a form of isolated odd family of freaks that would eat people, at least that was the threat for bad children. 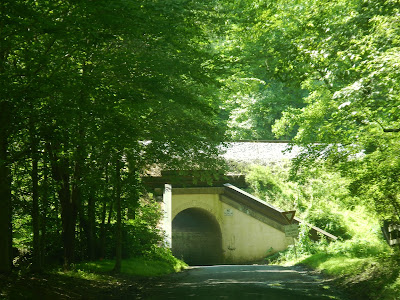 This legend from my hometown area is an excellent one and a great example of the "telephone" quality of urban legends. You know, it's how a story passed down takes on new qualities as you pass it on.

It began with an incident of a man in a bunny suit taking an ax to a building that was being built, supposedly in protest of development. Then, it became a man with an ax killing lovers on lover's lanes in Northern Virginia.

Then, eventually it evolved into a back legend of an old insane asylum being closed down and the patients being moved by truck which crashed, leaving one prisoner to manage to escape to the woods and eat rabbits, leaving the carcasses everywhere and eventually killing kids who hung out at the train trestle bridge, hanging their bodies from the tunnel opening. Yes, this legend had a life of its own. 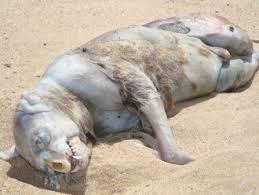 It is said on Montauk Island in New York, there are lots of underground experiments going on. Some say it began with the infamous Philadelphia Experiment of the 1940s in which a war ship supposedly teleported and brought back with some deadly consequences. Since that time, it is said a group of intense researchers and great minds have worked on some experiments and research involving hybridizing animals and work on understanding of magnetic fields. It has brought with it a lot of speculation and even an unknown creature that washed ashore referred to as the "Montauk Monster." 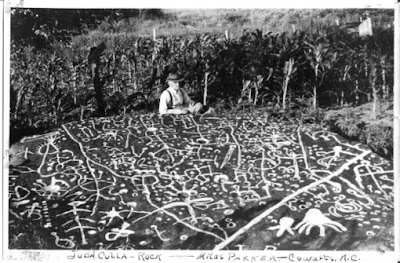 This rock in North Carolina has the most amazing ancient drawings. At one time (photo above) the crevices were filled with chalk to show the content, but over time and exposure/neglect, it has worn down a bit. The Cherokee say it was written by an ancient called Judaculla, a slant-eyed giant. This is yet another reference by Native People of the US referring to the giants who once lived here. It is not understood what these symbols mean, but it is said he was a 7-fingered man of some unusual knowledge.

Centralia Pennsylvania was a healthy fine town until 1962 when a fire started in a mine underneath the town. The fire continues to burn even today, having driven out the residents for their safety and health. It is said the game/movie "Silent Hill" was fashioned off this concept.