Top 10 UFO Photos of All Time 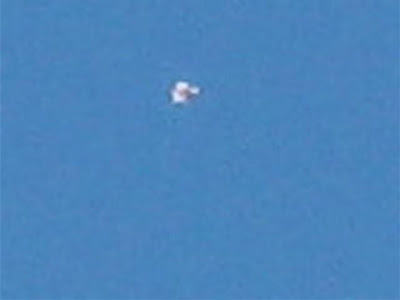 One of my UFO captures August 2008, Phoenix, cruising over I-10 freeway from south, heading north. Witnessed by my husband (at the time), son and myself.

Whether you believe UFOs are from other planets, other dimensions, the future, or simply explainable things in our skies or downright hoaxes, these 10 photos might be familiar to you because they are 10 of the most (in)famous UFO photos ever. 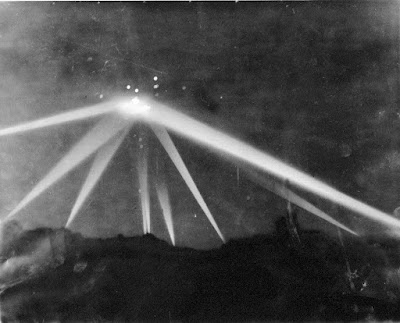 Battle over LA
It was 1942 in LA when citizens awakened to sirens and shooting. The light show lit up the pre-dawn sky. Search lights checked the skies to find the enemy, as it was only weeks after the Pearl Harbor attack. There was an object in the sky that was the focus of the military's attack. It was said to hover in the sky, a pale beautiful orange color and quite big. It was around 4 in the morning when the artillery finally stopped. It was later brushed off by the military as a "false alarm," but they couldn't hide the spectacle that unfolded in the pre-dawn sky and the witnesses to a battle with something - ill defined but significant enough to cause terror.

UFO's over the Capital
In 1952, something happened in the Capital that no one could have imagined - a UFO invasion? First an air traffic controller at Washington National Airport saw 7 objects on his radar. What shocked the controller and others there with him was that the objects moved oddly compared to planes. He phoned another airport who looked out and reported something orange with a tail, moving at an incredible speed. A pilot reported an orange disk about 3000 feet up. For 14 minutes, the witnesses watched six objects moving. The military tried to explain the radar targets as temperature inversions. 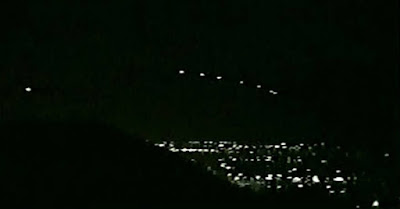 Phoenix Lights
It was March 1997 and the citizens of Phoenix were having the usual evening (I was right in the South Mountain spot this happened but was indoors). Throughout the state, citizens reported a strange chevron-shaped object in the sky, floating silently over the state, then others in Phoenix took photographs of an odd formation of lights above South Mountain. With so many witnesses, very credible ones, and two separate incidents, the authorities focused on the lights over South Mountain, declared them flares dropped from a military plane, and that was that. But, it was never really over, as no one addressed the enormous ship overhead.... 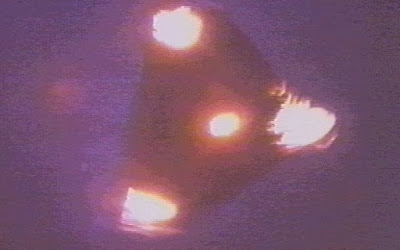 Belgian UFO Wave
In 1989/1990, there was a wave of UFO sightings in Belgium. One one night, three strange lights were seen in the sky in a triangle formation and they changed colors. Finally, authorities took the complaints seriously and went to check. Pilots gave chase and saw it on the radar. The pilots later said that it moved so fast, it couldn't be human-driven. This photo surfaced, but eventually the man came forward to say it was a hoax. But, others came forward saying the man was forced to say it was a hoax photo. The mystery has always remained open. 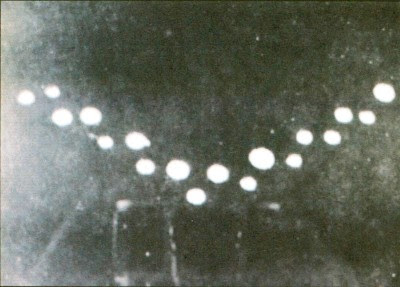 Lubbock Lights
In 1951, a strange formation of lights showed up over Lubbock, Texas. The government gave a vague explanation of "natural explainable light," but managed to not explain that explainable.... Described as the size of a dinner plane, bluish greenish light, that looked rather fluorescent, they were regarded as perfectly circular. They appeared to move very fast, over 600 mph. One man took several photos as it went overhead, and was met with resistance on printing them publicly in the local paper, but they did get picked up around the country. They remain, to this day, a thing of wonder and amazement, and unexplained. 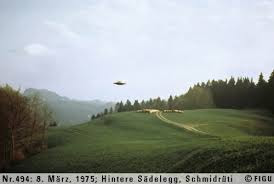 Billy Meier
A man said he had a lifetime of encounters with UFOs and aliens. This Swiss farmer is dismissed by most people in the field, given his background of issues that make him a rather questionable source and his claims of having prophetic abilities, producing supposed metals and recordings from encounters. His time in jail and deserting the foreign legion with prosecution and institutionalization make most people dismiss his numerous and exceptional photographs and claims. It seems that, if people are willing to believe a criminal who made claims were visited by ancient aliens, who started a craze upon which movies, documentaries and shows, lecture tours and more is based upon, then Billy Meier should be no different at all. That being said, was Billy in contact with aliens and taking pictures of genuine UFOs? Of all the billions of people in the world to get so much evidence, I find it too extraordinary. 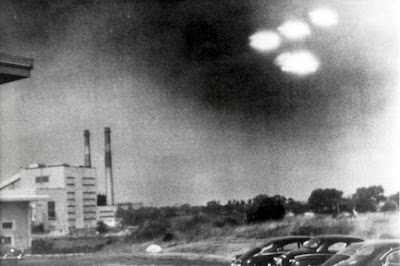 Salem, Massachusetts
This 1952 shot was taken by a man working for the Coast Guard. He was working in a weather station when he saw the lights and grabbed a camera from a nearby table and took this pic. I have no reason to dispute this picture. It was supposedly taken in by authorities to look at the negatives, but any time someone takes a picture in a window, I have to worry about ceiling lights.... 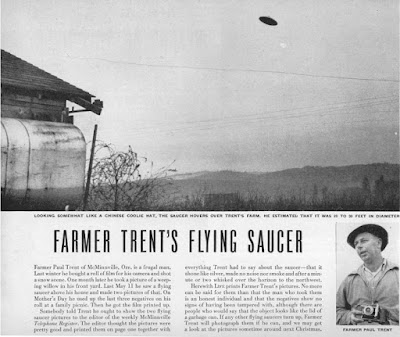 Farmer Trent
In 1950, at a farm in McMinnville, Oregon a woman was out feeding the animals on her farm when she saw a metallic disk in the sky. She called for her husband who brought the camera. The farmers, the Trents, were not anxious to come forward, thinking it might be one of our military creations. Many government investigations later, they never received their negatives back and it remains a hotly debated case that was a bit too real for comfort. 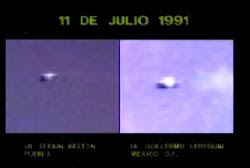 In 1991, the citizens in Mexico City went out to view a solar eclipse. This brought quite the crowd and they saw more than just an eclipse that day! A journalist videotaping saw the shining disc and began to film it.

With so many witnesses, so much video and photographs of it, it was a mass witnessed event in daytime which makes it perhaps one of the most significant ones ever.

Earliest UFO picture
This photo was taken in 1870 in New Hampshire when someone was photographing Mt. Washington. It is cylindrical and the photo is referred to as the "earliest UFO photo." This was was disputed as something on the mountain top. Not sure how that was concluded, but it remains an open case and, given the fact we weren't flying around then, pretty darned interesting!