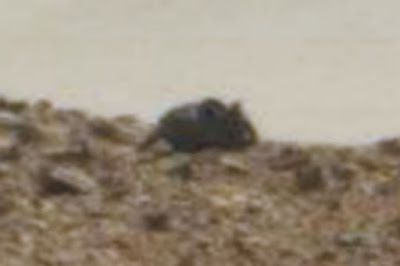 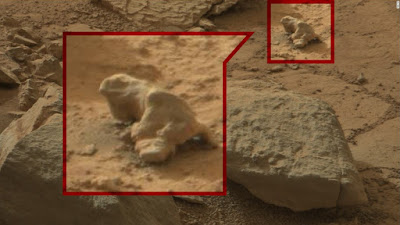 This odd shaped rock had people scratching their heads. 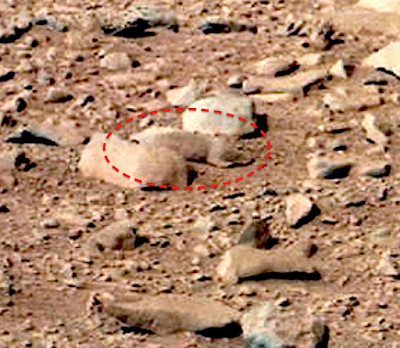 Do you see it? Even the eye? He's between those two rocks. Well, at least the mind's eyes sees it. 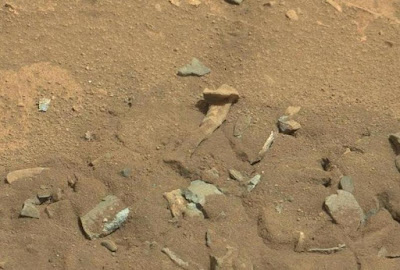 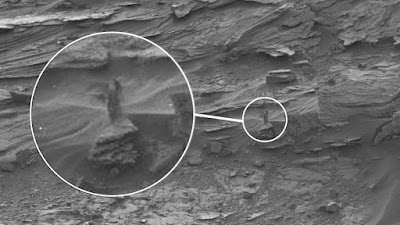 Ah, the infamous lady upon the rock? Sorry, nope. But it was soooo cool for a few minutes.... 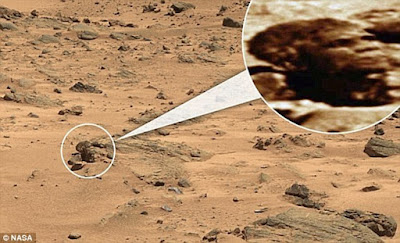 As wickedly cool as the shadows are on this rock, alas.... 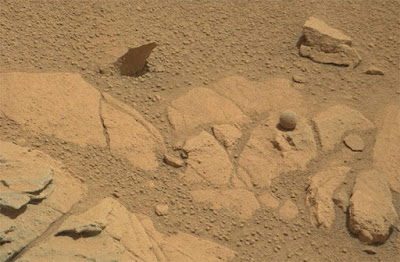 Wow, what a pitching arm! Darn, just a round rock! 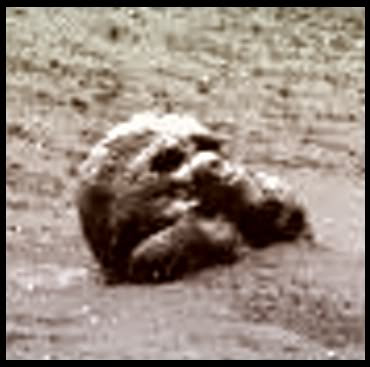 Sure, an alien skull on Mars. Just what you'd expect, right? I think we know the answer now...rock. 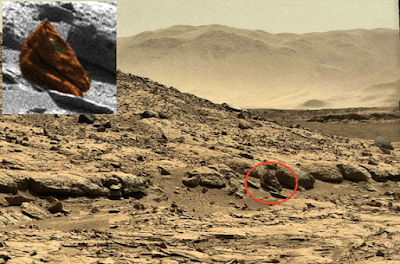 Where have all the dragons gone? Mars, apparently. 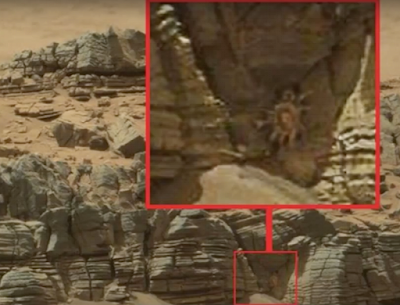 Admittedly, this one is so badass, I kinda wish it were a crab and not a...rock!